The Velddrif 4X4 club held its fifth annual Beach Clean-up Day in co-operation with the Four Wheel Drive Club of SA – Western Cape, on Saturday, 22 September 2012. We once again elected to clean an area between Dwarskersbos and Elandsbaai, but this time about 15 kilometres of the northernmost part of this area, where we had not cleaned before. 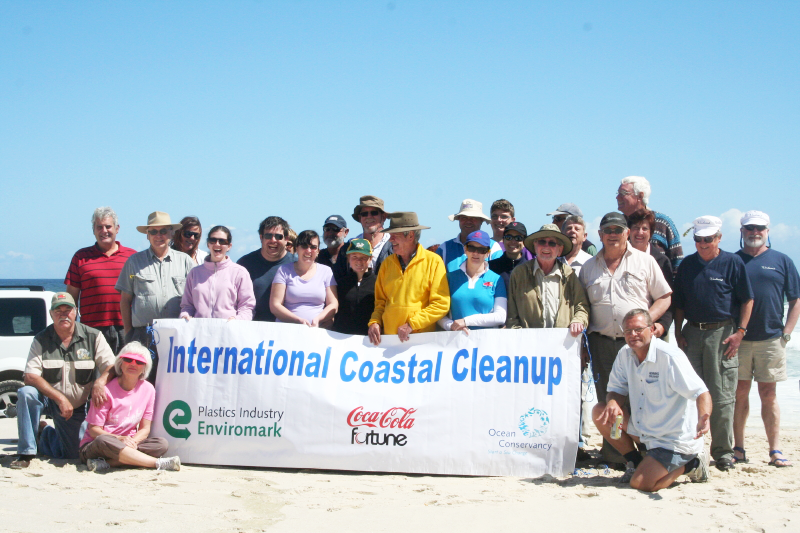 Obtaining permission to enter the beach was an administrative nightmare as always, but eventually we were granted permission to enter as a municipal cleaning team. Our thanks go to the West Coast District Municipality for this. The participants assembled at a farmer’s potato store just short of Elandsbaai, where each vehicle was allocated gloves and refuse bags. At around 12h00, some 16 vehicles entered the beach, three of which were from the Four Wheel Drive Club of SA – Western Cape.

Each vehicle was given about one kilometre to clean, a stretch from the low-water mark to behind the first dune. Climbing the dunes was the hardest part of the cleaning exercise, but the rewards were great as most of the lighter debris, like plastic bottles and pieces of vermiculite, were found there. The vehicles stayed well below the high water mark and moved in one spoor where possible, with the last vehicle dropping off to clean its section; which the lead vehicle demarcated by planting flags at one-kilometre intervals. The debris collected over the first 50 meters of each section was carefully counted and recorded on the International Clean-up Data Card provided to each vehicle.

The participants left the beach between 15h30 and 16h00, re-inflated their tyres and departed for the Laaiplek dump, where we counted 150 refuse bags filled to the brim. As in past years, plastic bottles and styrofoam were the main sources of the pollution found on the beach, with rope and fishing lines also very present. This section of the beach was found to be much cleaner than the sections that had been cleaned closer to the Velddrif/Laaiplek area in previous years, allowing us to clean about one kilometre per vehicle as opposed to the 500 metres of previous years. However, it was worthwhile, since 150 bags, at 10 kg a bag, amounts to at least 1.5 tons of refuse.

The day ended with a braai at the Port Owen Yacht Club, where, thanks to our sponsors for the day, each participating driver received a prize based on the number of bags collected by him and his crew. All in all it was an enjoyable day. We even had a few whale sightings, but quite a few of us felt the aftermath of the dune-climbing exercise for a few days after! The two clubs are committed to the annual beach-clean-up and have collected a minimum of 1.5 tons of debris each year over the last 5 years. Our biggest disappointment in the process arises from the many officials, involved in the approval process required for the day, who seem to have the perception that off-road clubs only participate in this clean-up effort to be able to drive on the beach.

Not one of them has ever tried to attend one of these days or to obtain the results achieved on the day. We would like to challenge the Department of Environmental Affairs, Oceans & Coasts in the West Coast Area, and whichever other departments are involved, to join us next year in order to experience our commitment to the beach clean-up initiative in our area; and to understand that we do not participate in order to drive on the beach but to collect debris in areas that are remote and only accessible by 4×4 vehicles.

Lastly we would like to thank Plastics SA, and its International Coastal Cleanup Manager, Mr J Kieser, for their efforts in making the beach clean-up day a success and for their perseverance in obtaining the permits required for us to tackle this worthy project. 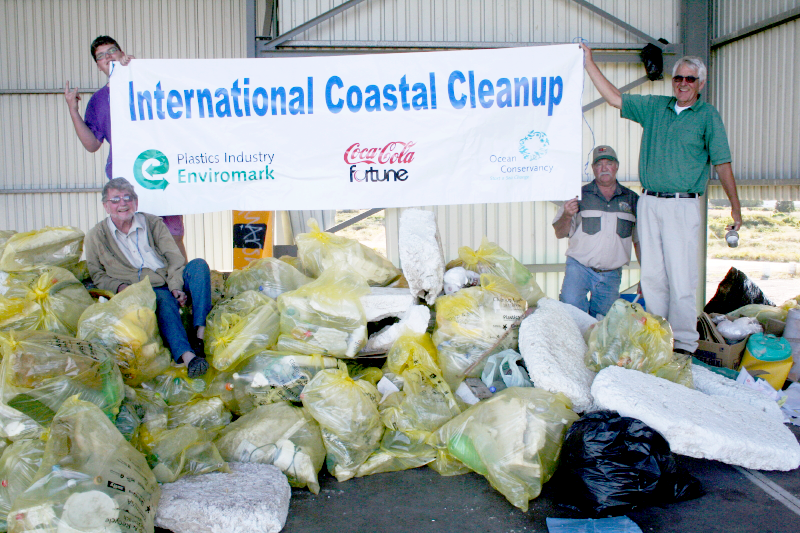