It seems like yesterday that Toyota gave us the new Hilux which received not only a major facelift, but a slew of technical upgrades. 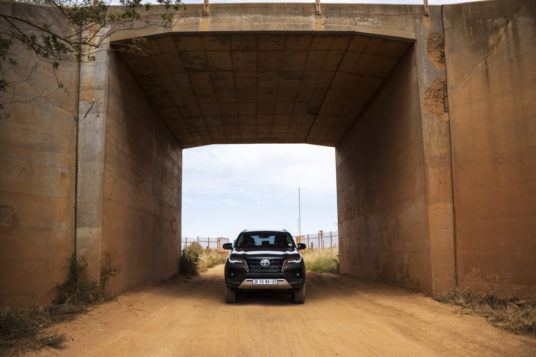 Jump forward a few weeks and Toyota surprises us with a facelifted and revised Fortuner. Not only has the looks been changed, but as with the Hilux there are some changes under the skin. Along with the changes, Toyota has introduced a new range topping model, the 2.8 GD6 VX (the VX suffix is derived from the RAV4, Prado and Land Cruiser 200 models).

The design team focused on retaining the characteristic profile of Fortuner while accentuating and refreshing the façade. At the front a larger, blacked-out grille with wave-like mesh pattern (gloss finish on VX) is accompanied by a silver-accented “skid-plate” underrun for a tougher, more integrated look. Re-profiled Bi-LED headlamps provide a sleeker look and these are further enhanced by prominent chrome accent strips that bridge the grille and headlamp assemblies. 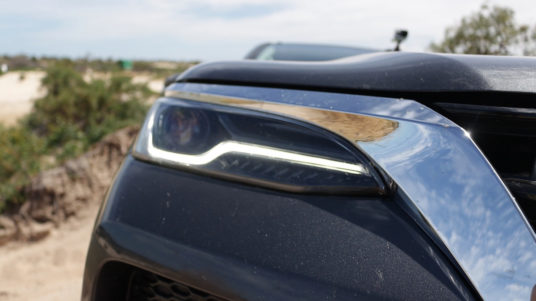 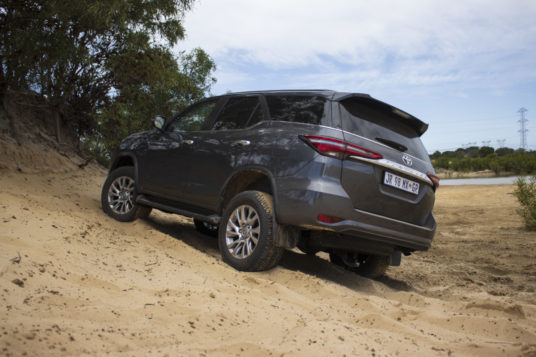 An all-new 8-inch infotainment system with Apple CarPlay and Android Auto functionality now calls Fortuner home. This allows users to mirror applications off their mobile phone – for seamless connectivity. Navigation applications such as Google Maps and Waze are natively included and occupants can also access their music libraries and streaming accounts via apps like Apple Music, JOOX, Spotify and SoundCloud. Wireless telephony is supported via Bluetooth with a USB input for additional media options. The 2.8 GD-6 models (mid and VX) are also equipped with embedded Audio Visual Navigation (AVN). 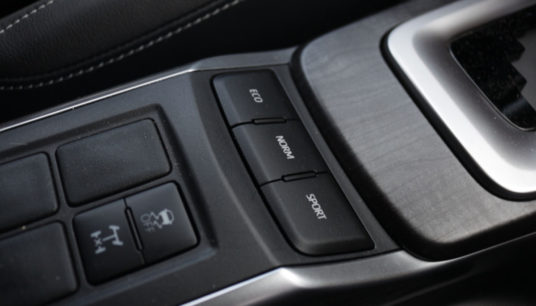 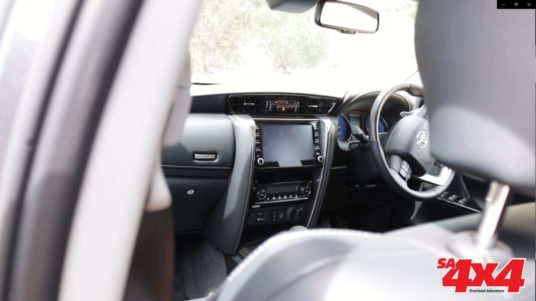 The mechanicals have not been forgotten, as the output of the 2.8 GD-6 engine has been boosted by 20kW to 150kW, with an additional 50Nm on offer, bringing the figure to 500Nm.
Toyota engineers have improved performance and fuel economy simultaneously by adopting a larger, heavy-duty turbocharger with a ball-bearing cartridge for exceptionally crisp and strong throttle response, and a new common-rail injection system with a higher maximum fuel pressure of 250 MPa. Higher outputs in the 1GD engine have also been supported by improvements including a new, coated cylinder-head gasket, revised higher-rigidity cylinder block and new exhaust manifold and gasket materials. Further cooling measures include a reshaped water jacket, revised cooling fan and fan coupling.

An automatic limited slip differential is fitted to assist in controlling wheelspin and combine this with increased power figures, the new Fortuner is a very capable off-roader, especially in sand. During testing at Ou Trekpad, the vehicle only bogged down once, but that is more a result of the terrain being extremely rutted after an event than the vehicles abilities. In our opinion, a proper set of All-Terrain tyres would solve the only shortfall of the vehicle, which is grip. The Dunlop GrandTrek AT’s do struggle in dry sand, even at 1.5 bar. For hardcore off-road drivers, consider fitting a slight lift kit to get a bit more ground clearance. As with on-road performance, there is no shortage of power off-road. Low-Range can take a while to engage, but once engaged it provides more than enough low down torque to overcome most obstacles.

All new models benefit from a new variable-flow control (VFC) power-steering pump that improves fuel economy while delivering a more natural driving feel that varies depending on the driving conditions. A high level of assistance is offered at low speeds (parking manoeuvres) while offering lower levels of assistance at higher cruising speeds, in order to improve steering feel. A specific mode for low-range, off-road driving has also been included.

These are joined by the base specification items such as one-touch power windows, reverse camera, steering switches, air-conditioned upper glovebox, multiple 12-volt power outlets and a 220V power outlet in the rear, cup/bottle holders and a tilt & telescopic adjustable steering column. A comprehensive anti-theft system, speed-dependent auto-door lock function and keyless entry is included across the board.

The Toyota Fortuner has always been extremely popular, from day one. Recent models’ visual design was behind the competition and now it has not only caught up, but is in our opinion the best looking vehicle in its class and thanks to the technical and performance upgrades, it has the bite to match the bark.