Huge power figure bakkies don’t really feature in our market, mainly due to two reasons. The R&D involved in development of engines for our extreme climates is very costly, which in turn pushes the price of the vehicle up beyond any feasibility for its target market.

All the top sellers’ power figures are in the 150 to 160kW mark with torque around 500nM, with a preference for reliability and dependability over power. But this leaves a gap in the market for a manufacturer to produce the “power king”.

This is where the new 2021 Volkswagen Amarok Extreme V6 comes in. The Amarok V6 diesel has been around for a while, packing 165kW and 550Nm. But along came Mercedes with the X350d pushing 190kW and 550Nm and Volkswagen wanted to give the current Amarok a proper send-off. 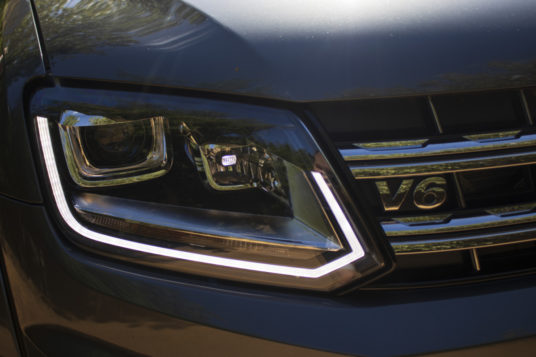 In 2021 form, you can now order your Amarok with 190kW and 580Nm and although the torque is higher than the X350d, the kilowatts are the same. But to be the undeniable power king, both figures need to be higher. This is where the Volkswagen hides a little secret. For 10 seconds, the V6 will produce an extra 10kW on overboost. That’s 200kW in total, making it the first production bakkie in the South African market to break the 200kW mark.

Most launches we’ve been to is pretty much the same story. Arrive/fly in the day before, drive the vehicle and then get put on the last flight out of Lanseria. But with these challenging times we find ourselves in, large groups of people are a very bad idea. Volkswagen realized this and simply gave us a vehicle for a weekend, with accommodation and food taken care of, with the simple instruction of “Just go explore”. No press conferences or presentations. Just you and your loved one and a full tank of diesel. 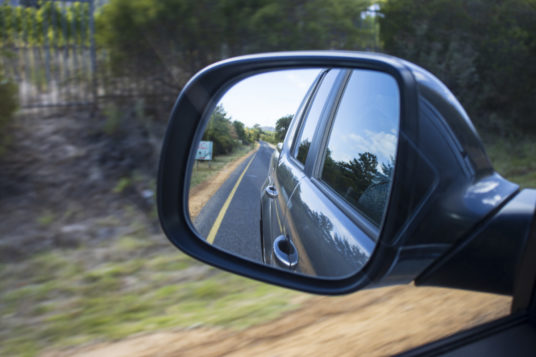 Even just starting the engine gives you the idea of the beast under the bonnet. It sounds very throaty compared to a 4-cylinder diesel, at times even sounding like a petrol engine.

Put your foot down from standstill and the Amarok 190Kw will deal with the 0-100km/h sprint in a blistering 7.6 seconds. That is seriously quick for a vehicle that’s not considered a performance variant. Where the power shows most is in the 50-130km/h area, the speed range you spend most of the time at. Overtaking vehicles, especially while towing is a breeze compared to other bakkies, possibly even too easy. Keep your foot in it, and the Amarok will run all the way up to 210km/h. 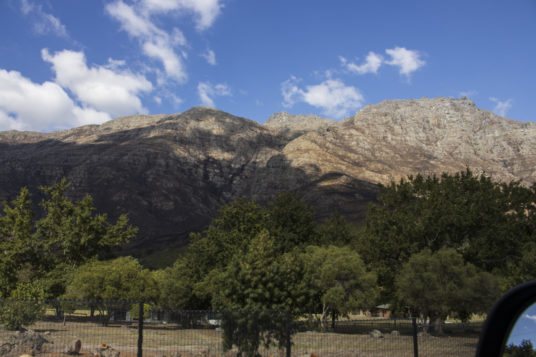 Volkswagen paired the V6 with their stellar 8-speed gearbox. Under low-load, the gearbox shifts at a nudge over 1800rpm and under full acceleration it is almost as reactive and quick-shifting as their DSG (double-clutch automated gearbox). Unfortunately, the Achilles heel for buyers who plan on using the vehicle for its intended purpose, is the lack of low range. But who needs low range when you have enough power to alter a planet’s rotation?

Waking up to a perfect Cape Town day, my girlfriend and I set off on a 300km gravel road adventure around Stellenbosch and the surrounding areas. The Amarok absolutely devours gravel roads. The ride is sublime, offering near sedan levels of comfort. And what the Amarok lacks in some areas, it gains in others. The Amarok features off-road mode, which with a single button press activates Hill Descent Control and off-road ABS mode. This mode allows momentary wheel lock up to create a dirt wedge in front of the wheels, which helps bring the vehicle to a stop. We’ve tested this on a gravel airstrip in the Karoo in the past and the difference in distance to standstill between normal and off-road ABS is substantial. 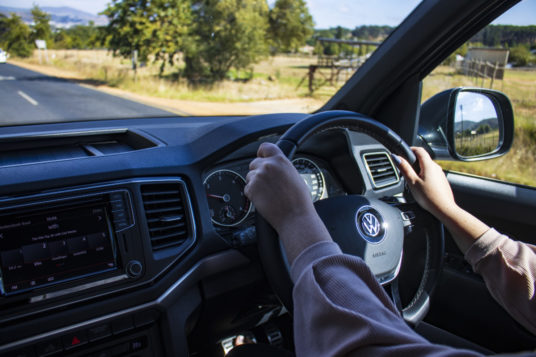 Our 300km drive featured a mix of high-speed sections and twisty steep passes. No matter what we threw at the Amarok, it dealt with the circumstances very well. Having the top-end kilowatts as well as the low-end torque makes this one of the most easy to use bakkies. Most bakkies have the low-end torque but runs out of puff above mid-range revs, while the Amarok just keeps going. All the while returning what would classify as decent fuel economy figures. Our average over the entirety of the weekend was 10.9L/100km.

But all of this grunt comes at a cost and that’s the price. At R996 000 it is not cheap, in fact it is the most expensive bakkie currently for sale in South Africa, but that V6 engine helps towards justifying that price. Sadly though, the interior doesn’t feel like a R1 million car. The materials are top quality, but looks like the same interior as the Golf or Tiguan. There is an all-new Amarok on the way and if their recently launched vehicles are anything to go by, the interior will be a major step-up. 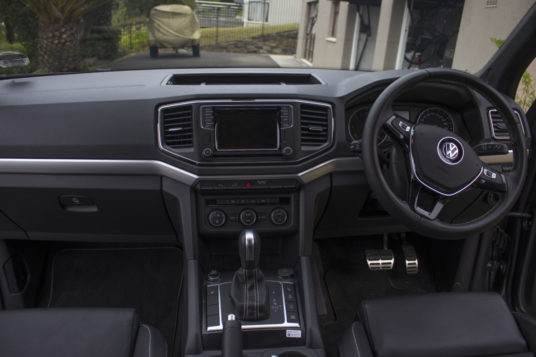 As an all-purpose mile-munching bakkie, the Amarok sits at the top of the class. We will be getting it in for further trail testing in the future. 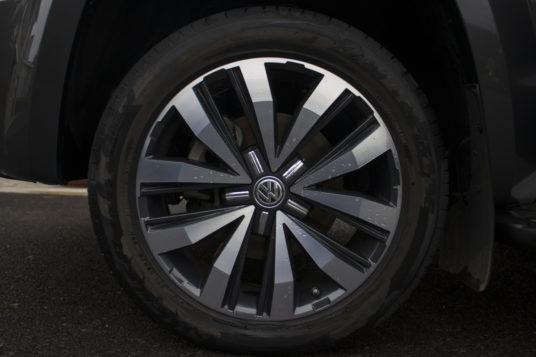 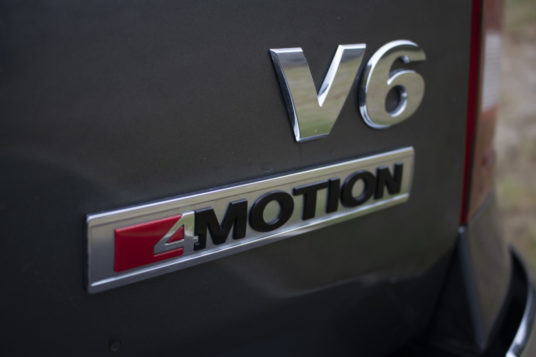