Home » A River Runs Through It

After years of research and exploration, a South African flyfishing company has set up camp in a remote part of Lesotho. Their self-drive tour includes river crossings, 4×4 tracks, a secluded camp and some of the best sight-fishing in the world. Stephen Smith grabs his fly rod and investigates.

As a fellow fisherman, it didn’t take much persuading to get SA4x4’s Editor to buy into the idea of a fly-fishing story in Lesotho. Especially when the trip would include photographs of grass-covered mountains, tantalising 4×4 tracks, crystal-clear streams and pools of yellowfish finning through the water.

But, when I met up with Keith Clover at the Caledonspoort border post, I became a little tense about the Ed’s expectations when Keith nodded at the sky and asked, “Have you seen the weather forecast? It doesn’t look good.”

As the director of Tourette Fishing, Keith and his company offer guided fly-fishing tours in a remote part of Lesotho, but, with late March being at the tail end of the smallmouth yellowfish season, there’s always the chance that heavy rains could dirty the water and ruin the prospect of a good catch.

As it was, gallon-sized raindrops were plummeting down as we crossed the border, so the crystal-clear water I’d promised (and photographs of dozens of bagged fish) was looking unlikely.

Following months of 4×4 exploration, mountain treks and research, Keith and his business partner, Rob Scott, had discovered a world-class fly-fishing spot in Lesotho. After negotiations with tourism boards and local community councils, Keith and Rob had eventually secured the rights to build a semi-permanent base camp in a beautiful valley just a few metres from the Bokong River’s edge.

And the great thing about their camp is that, when the yellowfish season is over, the camp is open to 4×4 enthusiasts, mountain bikers, hikers and anyone looking to explore the wide-open spaces of the Mountain Kingdom. 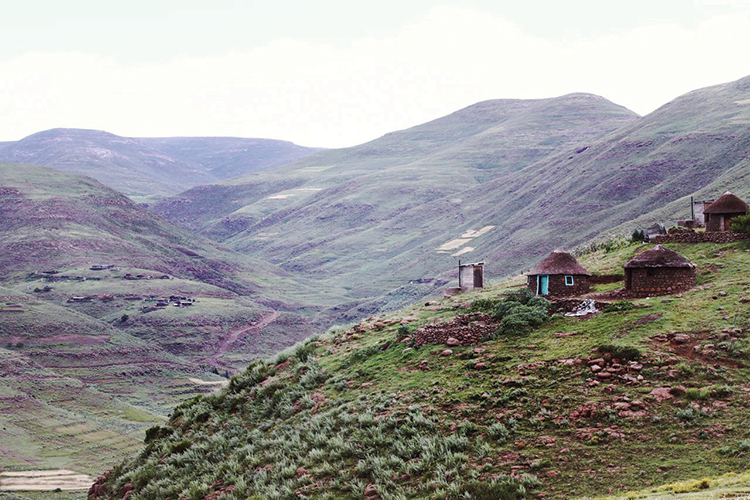 From Caledonspoort, we turn right at Butha-Buthe, heading along a good tarred road to Hlotse. It’s not the most adventurous way to get to central Lesotho, but it’s certainly the quickest, and, with heavy rain falling from the sky, we have to make haste.

At Hlotse, we turn towards Ha Lejone, a little town on the edge of Katse Dam. Along the way, we tackle the spectacular Mafika Lisiu Pass, where the weather has turned from ugly to outright hideous. At 3 090 metres above sea level, the wind and rain are icy cold, and the view from the summit no more than a grey haze with blurred-out mountains.

Your first sight of Katse is a mesmerising one; a long dam stretching before you that repeatedly sweeps in and out of view. The sheer vastness of the dam is further emphasised when you read a sign that says, “Katse Dam 50 km”. Katse marks the point where the tar runs out; it is also our meeting point with Mark Murray and Pierre Swartz, two of Tourette’s fly-fishing guides based at the camp – which is 20 km from where we are.

The road quickly deteriorates after Katse village, and gets seriously out of shape when you pass the pumping station. But, as the track gets tattier, the scenery gets more majestic. Finally, we swoop around a bend where the valley opens into a verdant scene of a horseshoe river with willow trees lining its banks. The campsite lies on a nearby embankment and has space for just three or four tents.

But, before we get there, we have to tackle a water crossing. Keith signals me to wait, and I watch him negotiate a threepoint turn in the middle of the river before ducking down a little track towards the main tributary. It’s an impressive driveway, and the thought of continued rain has me questioning our departure by this route. But that’s a problem for another day.

Finally, after nine hours on the road, we make it to the Tourette Fishing Makhangoa Community Camp. As the rain is giving us a welcome respite, Keith and the guides are keen to get fishing before settling in camp. A quick temperature check reveals that the water is 16°C, already too cold for yellowfish, but we give it a go, nonetheless.

The campsite is ideally positioned amongst three river loops, so you can easily stroll over a ridge and enjoy another section of river – potentially keeping you with a rod in your hand for days.

We climb back up the road, hop over a spur and head down to an endless stretch of swirling pools and swashing rapids, where we catch a few small trout.

Katse Dam is an incredible construction; an engineering marvel that stretches for many kilometres between jagged mountains and – at full capacity – over an area of 9 000 acres. Its primary purpose may be to supply South Africans with water, but, on another level, it’s an unbelievable fishing destination. 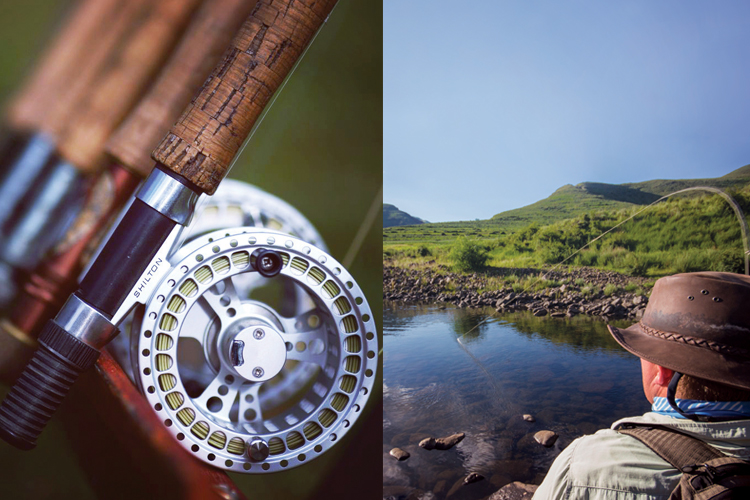 With the river running cold, we take a short drive back to the dam in search of yellowfish. As we tackle-up at the vehicles, we spot fish moving in the shallows – a good sign that the yellowfish have migrated to warmer waters. We all latch onto a few of the promised yellowfish and are reminded of this species’ phenomenal pound-for-pound fighting spirit. Unfortunately, this lasts only as long as the clear weather, and rain soon forces us out of the water and back into the campsite’s stony kitchen, with a hot cup of tea in hand.

There’s plenty to see in the Makhangoa area. The village itself is a few kilometres down the main drag, so, with the sun jabbing its rays over the horizon, we bundle into our 4x4s to explore this incredible valley.

The Makhangoa people are firm believers in tourism, so they fiercely protect the beauty and integrity of their land. As part of a joint project, the community gets a bed-night booking fee for every Tourette customer. What’s more, the community benefits from employment opportunities, and Keith donates supplies to the local school.

Once you pass through the village, the road gets trickier and narrower. Fortunately, traffic is generally limited to donkeycarts, pedestrians and cattle.

If you persevere on this track, you’ll be rewarded with a challenging drive through the next valley and down to another river section. Park your vehicle here and hike deeper into the mountain where few tourists go; swim in the stream and take a picnic with you. The scenery is spectacular. That night, the rain begins in earnest, and we wake to an even more engorged river. Even the dam is dirty, so we settle down to another bout of kettle-watching and tea-drinking, shooting the breeze and listening to tales of how spectacular the fishing is when it’s “on”.

“When the conditions are just right, it’s as good as any sightfishing spot you’ll find anywhere in the world,” says Mark.

“The water is gin-clear, and you can pick which fish to cast to. You can see literally thousands of yellowfish in each pool, lots of them over 50 cm in length. They sit behind the rocks waiting for food to drift by. You put a dry fly in the right spot, and it’s on.”