Home » Bush Craft – Stay on the bright side

Mind control can save lives

One of the greatest killers in a survival situation is often not the situation itself, but what’s going on in your mind. Your psychological state can have a great impact on whether you survive or perish. Often the negative thoughts can be stronger than the rational ones, and these can lead you to do otherwise irrational things.

Do not believe that only the strongest will survive. Simply not true. There is an interesting story of a US pilot in World War 2 who crashed his plane on a lake. The lake was surrounded by trees which would have offered all the resources to survive. Bear in mind that not only was he trained in survival/bushcraft, escape, and evasion, he would also have had a survival kit with him. Long story short, apparently he had a last smoke, took out his pistol, and killed himself. Why would a trained and experienced person take themselves out in such a situation, surrounded as they were by all the elements needed to survive? The decisive factor seems to be what is going on in the mind at the time.

There are stories of people who have cut off their arm with a pocket knife because they had such a strong will to survive. I suppose until we are in such a situation, reality may be very different from theory.
No matter how much training we do, we know that at the end of the day we are going home. In a true survival situation, that realisation could be a distant dream. The will to survive is all about having a positive attitude and the desire to come through it. Some people seem to give up even before they begin (as the pilot did), while the will to live is so strong in others that they can surmount incredible odds.
Here are a few pointers, when it comes to trying to cope with the psychological side of survival. They are not in any particular order.

This, perhaps, is the biggest enemy in a survival situation and can creep up on you at any time. If you are one of those people who cannot cope without people around you, or on the other end of a social app, you may find it very hard to have a positive outlook in a survival situation. You might have to work harder than most to reverse that feeling of loneliness. The simplest tactic is to fight loneliness by keeping busy. Stimulate the mind by doing different tasks: gather wood for a fire, build a shelter, find food, even talk to yourself if you have to, but avoid the temptation of allowing the brain to focus on you being the only person around. Try not to allow yourself to become bored, because loneliness will just feed off that. Even the most mundane of tasks will be a weapon against the negativity loneliness can instil in you. 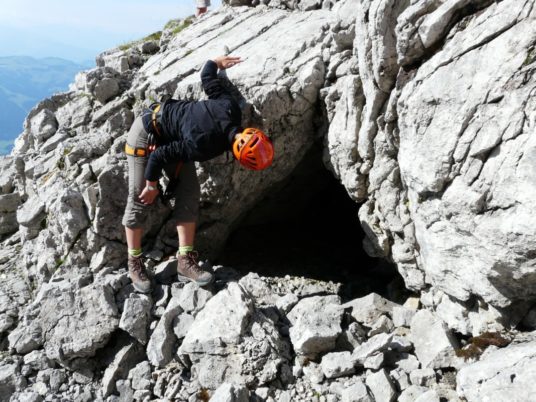 Believe it or not, fear is actually an in-built survival instinct and comes into play through the course of our daily lives. I ride a motorbike and the fear of being knocked off by some nutcase of a driver is actually what helps keep me from having an accident. In a survival situation, fear encompasses so many facets; the fear of getting/being lost, being eaten or trampled by a wild animal, being bitten by a snake, fear of the dark, etc. Fear is not actually borne from being in a situation, but more from an individual’s psyche. Fear is a negative reaction to a situation and can influence one’s ability to survive or falter. I suffer from claustrophobia, but I know in a survival situation that a cave will be my saviour. I, therefore, have to learn how to control that ‘closed-in feeling’, before it controls me. Again, it is all down to keeping busy and having a positive attitude to the situation you find yourself in. Always try and go to sleep with a positive attitude, otherwise, you will begin to dream about the fear and suddenly wake up in a state of panic – which can be deadly.

Panic often stems from the belief that you are in a situation you may not be able to control or believe that you cannot control. It is often triggered by a vivid imagination, not always borne through something physical. It’s psychological, and the wrong approach to it can lead to a worsening situation. In the worst-case scenario, it could even lead to death. The key to combating panic is to learn how to embrace it and relax. Try and reverse the feeling into something positive. Try not to make hasty decisions. Just remember, it is a state of mind which can be of short duration, so try and work your way through it without escalating a molehill into a mountain.

Be under no illusion; depression can be a killer. Just about all of the psychological disorders mentioned so far can bring on depression, or, conversely, depression can create those psychological disorders.
Depression is a negative state of mind and, as hard as it may be (and it will be very hard), it is vital that you do everything you can to reverse that state of mind. Depression can make you do irrational things, which you may regret later on. You could harm yourself, or, if something is not working properly, you could smash it up, which you could seriously regret later. As I have just mentioned, depression can be a difficult state of mind to reverse, and once in it, you can spiral into a world of negativeness, with catastrophic consequences. Try and nail this one as quickly as possible.

Maintaining a positive mental attitude can make the difference between coming out of a survival situation alive, or perishing. Do not be afraid of loneliness, fear, panic, or any of the other psychological influences you may suffer in a survival situation. Learn to embrace them and turn them into a positive attitude. With the proper mindset, you can create a positive outlook in the worst of situations.