In any survival situation, we often have to be creative, and put things to uses for which they were not originally intended. Let’s forget for a few minutes about the personal hygienic properties of a Tampon, and look at it in another light. As a multi-purpose survival aid.

The word “tampon” comes from the French word tapon, which loosely translated means “a little plug or stopper”. Rather surprisingly, you can do more things with it than its French name suggests.

One of the earliest uses for the tampon as a survival aid (perhaps the more correct term is ‘first-aid device’) dates back to WW1, when they were used to plug gunshot wounds in soldiers. Even today, it is not unusual to find them in an Army medic’s emergency pack.

The origin of the tampon is a bit fuzzy. In many cases, we unknowingly use everyday items which had their origins in the military world and then filtered down into civilian life. It is uncertain whether the tampon began life as a military invention for first-aid, or as a civilian invention adopted by the military. Either way, both women and men have been thankful for its design and functionality.

Before we look at the alternative uses, let’s look at the formation of the tampon. It is a ‘ball’ of sterile cotton with a length of string attached to it, wrapped in a waterproof package. Some tampons come with a highly useful applicator.

If you need an absorbent dressing to cover a badly bleeding wound, a tampon will come to your rescue. That’s obviously their primary function. Unravel the string, separate the tampon from its outer lining, and slip it over the finger. Alternatively, completely unravel it, and tape it over the wound. Their ultra-absorbent properties will soak up blood more quickly than many conventional first-aid dressings. Oh, and stick one up your nose to stem a nose-bleed. Tampons can also be used as a hot or cold compress. 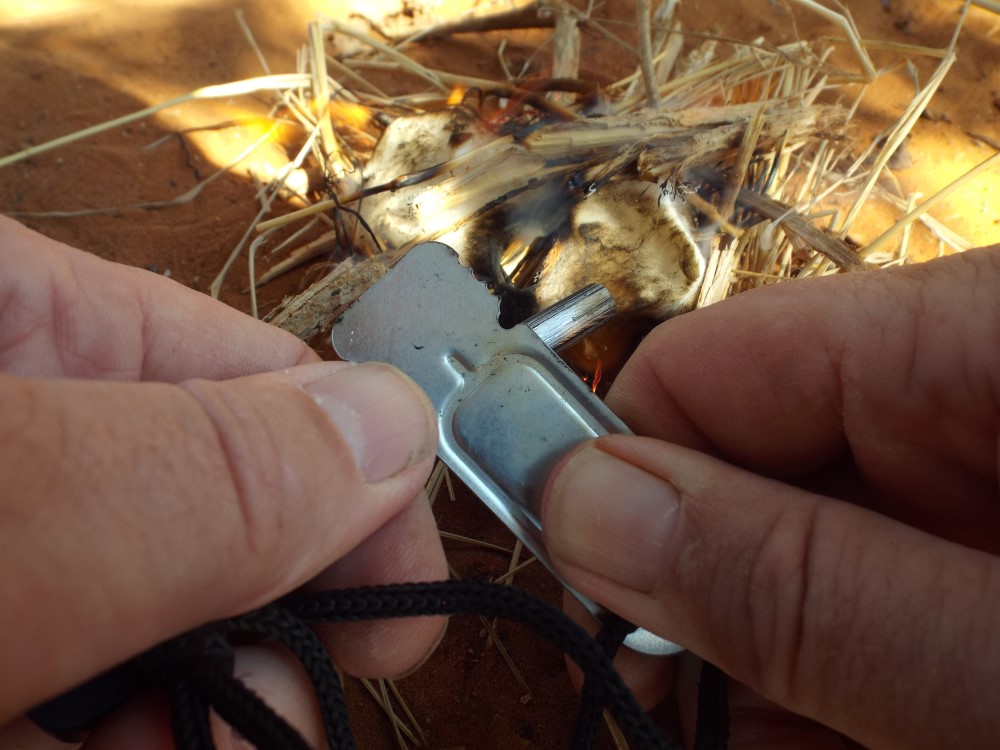 Because tampons come as little sealed packages, they remain dry, so provide ideal tinder for catching a spark from a ferro rod. If you have prepared the foundations for the fire properly, one tampon can easily be unravelled and used to get two or three fires going. 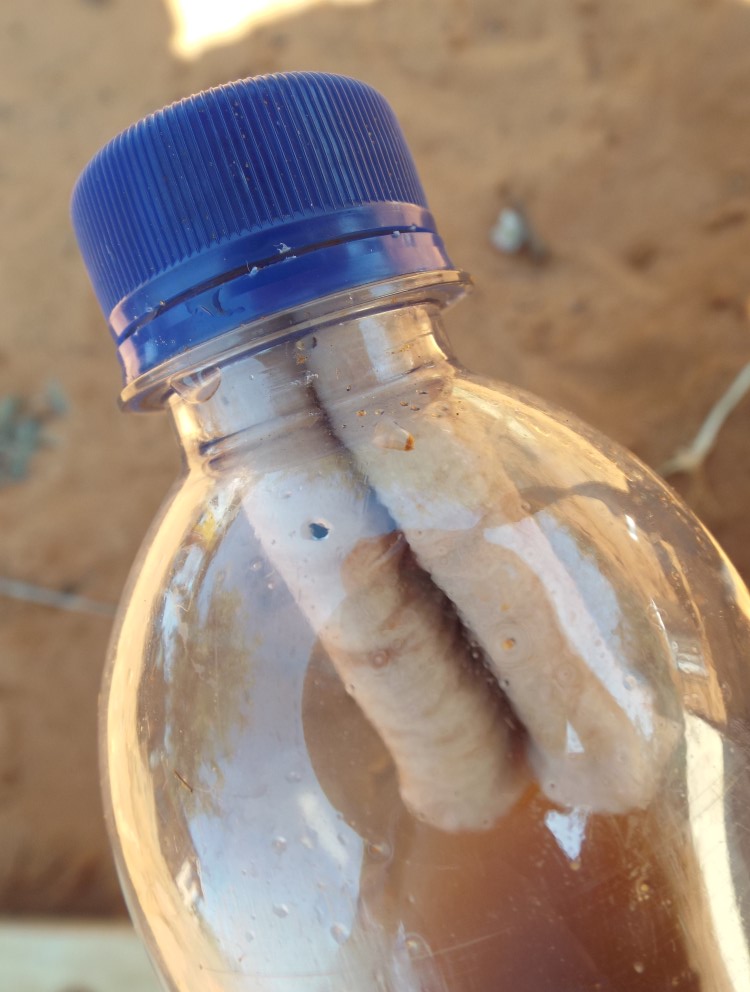 When you are in dire straits, a tampon can be used as a crude water filter. While it will NOT filter out dangerous biological or chemical threats, it will remove suspended particles − down to really quite a small size. So, the water will at least look clean.

Fill a bottle with the water to be filtered. Place the tampon in the neck of the bottle. Punch a small hole in the lid, and allow the water to slowly drip out. The relatively-clean water can then be boiled to kill off nasty bugs.

Or, if it can’t be boiled, bung a sterilising tablet (or liquid treatment) in the bottle, and then filter it through the tampon. In that way you will get safe drinking water. This is one of my favourite means of filtering out floaty bits from the water. The level of sediment in the water will determine how quickly the tampon blocks up, so you may need to squeeze the bottle gently. 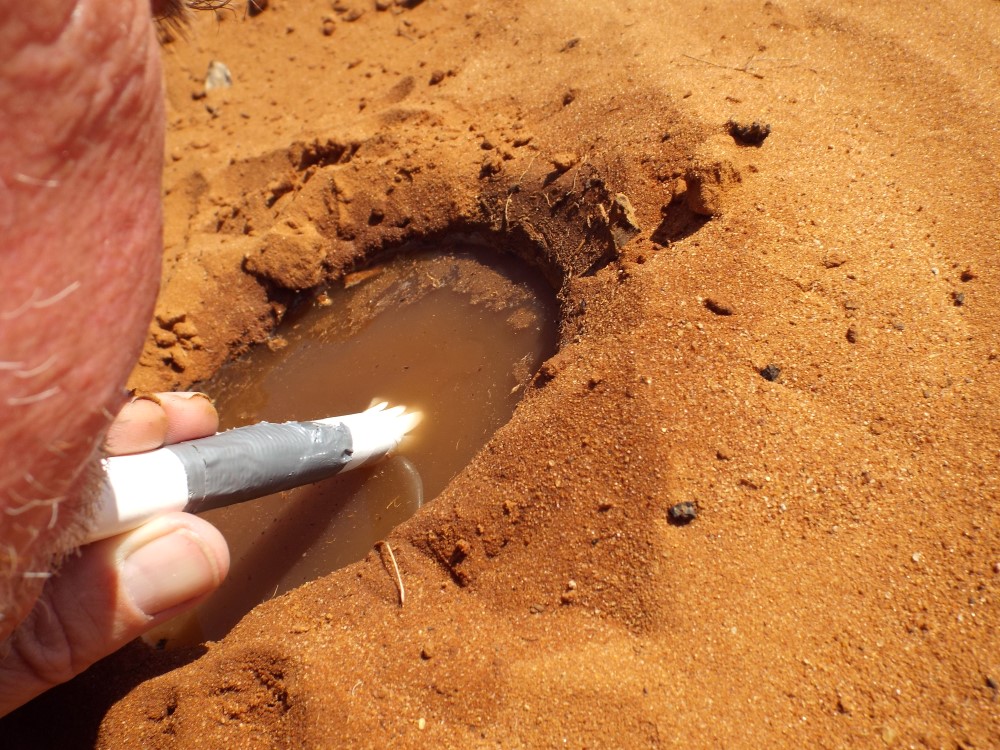 There is no substitute for the real thing; but, yes, a tampon can be used as a crude ‘lifestraw’. This works better with the applicator type. Simply remove the tampon from its packet, and seal the two parts together with some duct tape. Dip one end in the water, and suck on the other.  A word of warning: As with the water filter, this will NOT filter out biological or chemical contaminants. All that it removes is suspended matter. For this reason, it should be used in this way only as a last resort, when other methods of filtration are not available. The dirtier the water, the quicker the cotton will block up, so this method of filtration is best used in relatively clean flowing water, and not murky, green stagnant water – which will definitely cause you to end up with a dodgy stomach. If you don’t have the applicator type, simply stuff a tampon up the end of a suitably-sized piece of pipe.

Night light
Coat the tampon in petroleum jelly, melted candle wax or animal fat. Wrap it around a stick and light it. Although it won’t burn for very long − a few minutes at the most − it will serve as a short-lived candle. This application can also be used to get a stubborn fire going.

Tail-end
Tampons may not be the first thing you turn to in a survival situation, but pack a couple of these little fellows in your first-aid kit, or survival kit, and they will pay for their space in so many ways. In a survival situation, many ‘everyday’ objects have alternative functions. It really depends on one’s imagination.