In part one, published in the March 2019 edition, we learnt some of the terminology used in tracking. In this installment, let us look at the nitty-gritty of interpreting tracks.

Before we begin, bear in mind that when tracking an animal, only 50% is actually working with the tracks: the other 50% is working with supplementary signs − what we call “sign tracking”. This includes things such as disturbed foliage, and dew on grass which has been disturbed. The latter is a sign called “dulling” – as an animal passes by, it wipes away the dew and leaves a dull area. The reverse of this is called “shining”. Here, the upper side of compressed grass an animal has walked on will shine, but this will disappear within a couple of hours and the leaf will revert to normal. Other signs to be aware of include broken twigs, a stone moved from its resting spot, recent evidence of browsing/feeding, fur or feathers on the ground or on a twig, or a leaf depressed into the ground. These signs are often overlooked by the novice tracker, but are just as important as the tracks themselves, as they may often be more evident. 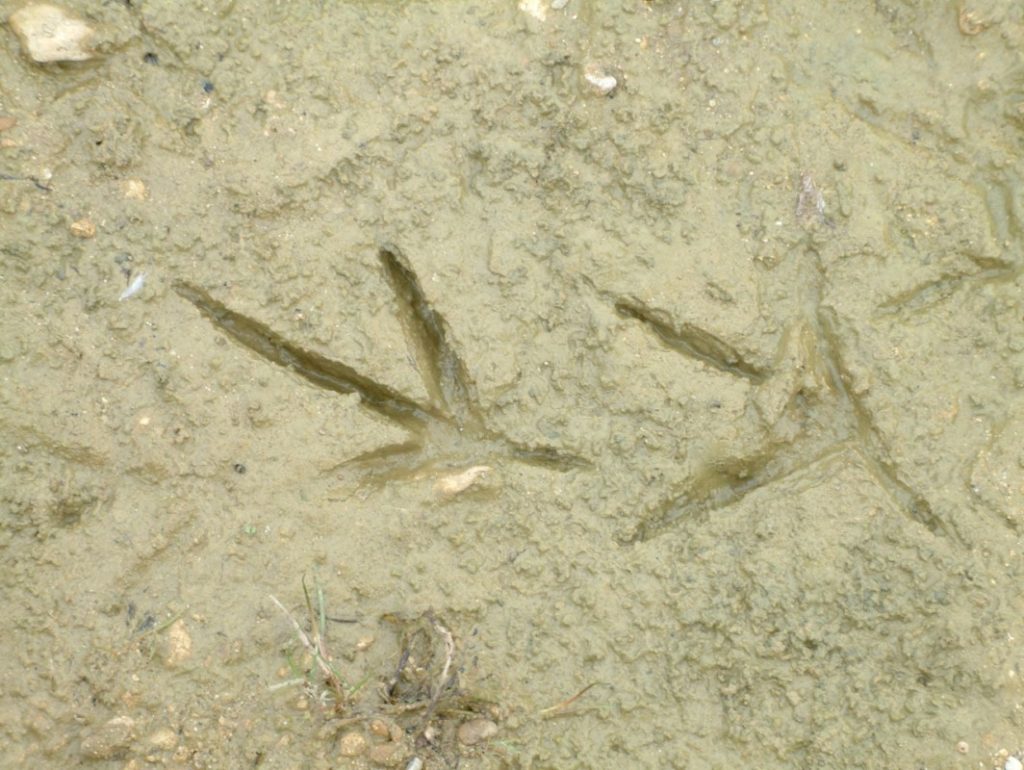 The spoor an animal leaves, is not created by a simple downward pressure.

The spoor (imprint) an animal leaves is not created by a simple downward pressure. It is created by the heel first. This gives the imprint a slope. The softer the soil, the greater the slope. So, an imprint will never be perfectly flat. 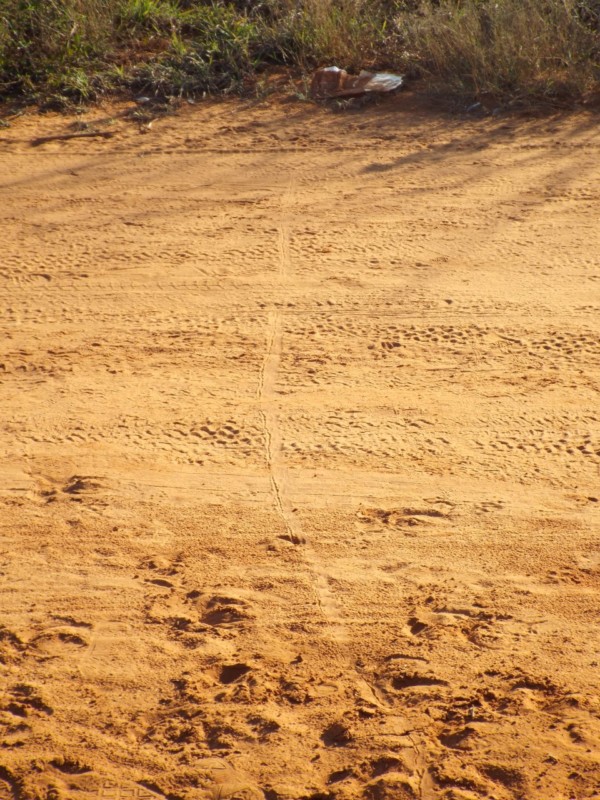 For best interpretation, keep the spoor between you and the sun. This is a snake track.

Spoor can vary in appearance, depending on the light and angle at which it is viewed. Light will be absorbed and reflected by the angle of the slope. For best interpretation, keep the spoor between you and the sun, and view it from a low angle.

Scan well ahead (at least 5-6m) and look for aerial signs to decipher where the track may be leading, and then pick up ground signs. When you are tracking, it is often the pathways through the undergrowth which alert you to an animal’s presence and size. These pathways can be easy to follow. However, you should then identify the spoor to determine what you are tracking. The last thing you want to do is stumble across a lion having a snooze.

As I said in part one, tracking is more than just making use of visual signs. When gathering information, be sure to use your ears and your nose, too.

Try to put yourself in the place of the animal you are tracking. Think like it would. Anticipating where it may be going can considerably reduce the time it takes to find it. This can be important in difficult terrain, or if the spoor goes cold. 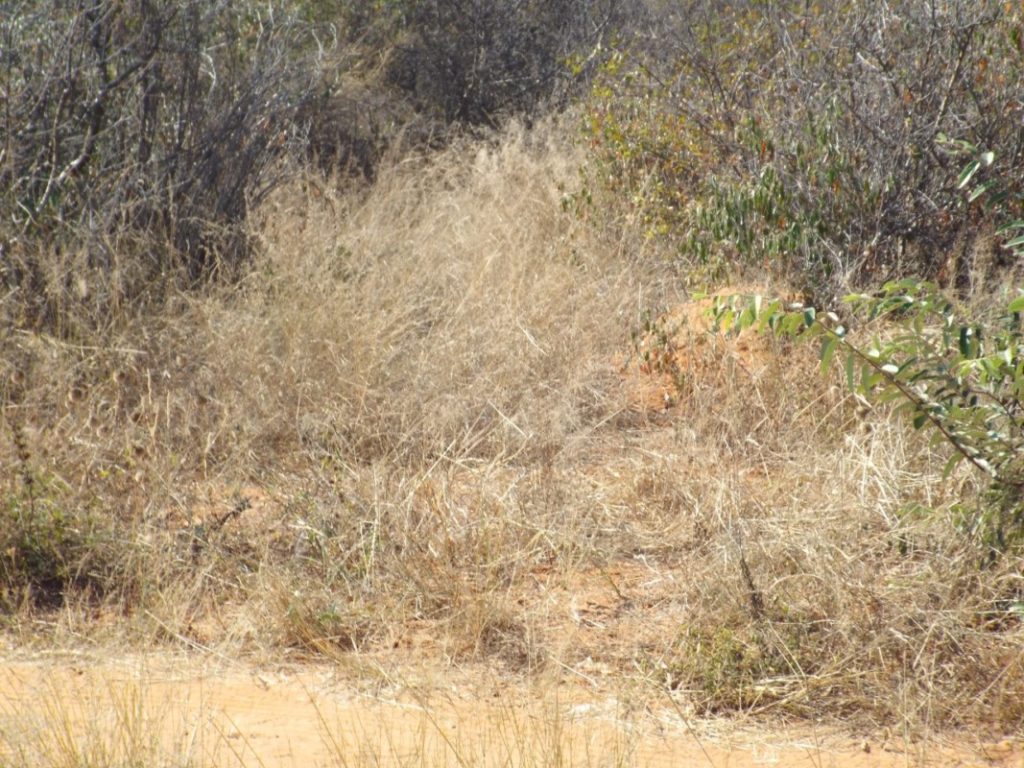 50% of tracking involves working with supplementary signs such as this track slightly right of centre.

Take into account the terrain on which you are tracking. It is easy to lose the track if the terrain changes, such as when the animal has crossed a river. This is why it is important to scan well ahead, and think like the animal does.

Use other clues, such as insects. Look out for flies, dung beetles, etc. They use scat (dung) to feed on and lay their eggs in, and do so only on fresh dung; so, if the spoor goes cold, an unusual abundance of insect life in the area is another useful indication. Of course, this signal can help age the scat. 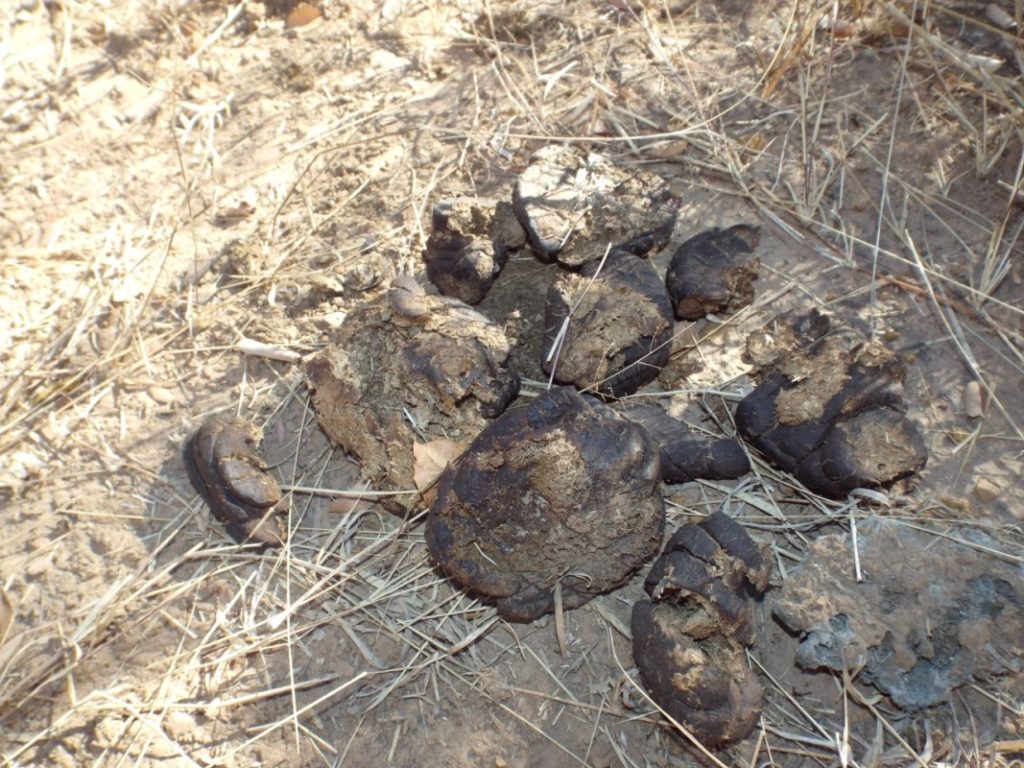 Scat can tell you a lot about an animal.

Scat can tell you a lot about the animal. It can tell you the species of the animal, its size, and what it has eaten. Don’t be afraid to get down on your haunches and pull it apart – with gloves on, of course. You will learn a lot about its eating habits by so doing.

On some surfaces, a track may be difficult to follow. A trick here is to get onto your hands and knees and scan along the surface. Look for shiny or dull depressions, depending on the surface type.

A competent tracker will be able not only to determine what he or she is tracking, and its size, but also its sex. However, you really do need to know your animals here, and this tends to work better with some than it does with others. As a very broad rule of thumb: for antelope, find the front track on one side, and then locate the rear track on that side. If the rear track is inside the front track, it was made by a male. If the rear track is outside the front track, it was made by a female. However, there are many variables which affect this interpretation, and none more so than age. An immature individual of either sex will leave a track that is different to that of an adult of that sex, as it is still growing. Hence, an immature male could leave the same track as a female.

As for cats (lions, leopards, cheetahs etc), it may be slightly easier to determine sex, as the front paw-print will generally be larger than the rear one. For males, the rear prints will fall inside the front, while for females they fall outside. Of course, if the individual is in full gallop, it is then extremely difficult to determine size − as the front feet land first, with the rear coming to land ahead of the front, but on the outside. The same principle can be applied to all species which move in a ‘galloping’ fashion. 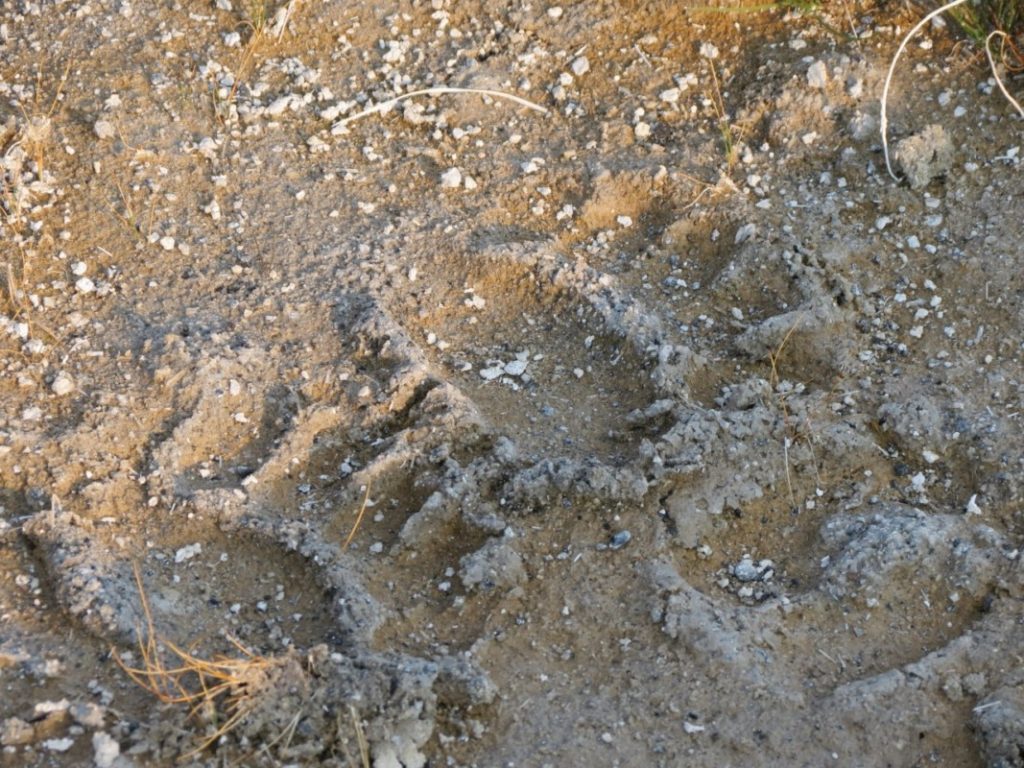 Aging a track is one of the hardest parts of tracking.

Determining the age of a track is useful in establishing when the animal passed. This is one of the hardest parts of tracking, as there are many factors which influence the spoor, including weather-fluctuations and soil type. The only way of learning how to recognise ageing signs is to monitor the degradation of a track over a period of hours, days, weeks, and months, and  not only in different soil types, but over seasons. This may seem a long-winded process, but it is the only way to learn; and is something that I am still doing.

Tracking is a great way to understand more about animals, and get a brief glimpse of their daily routine. It can be frustrating at times. But, remember this: even the most experienced tracker will learn something from his or her endeavours. So, even if you have difficulty following a track, learn from what you have seen, and apply it next time.

A word of warning: when tracking, never lose sight of what’s happening around you. It is so easy to focus on the task at hand, forgetting that you are in the bush, and that there are potentially dangerous animals around. So, proceed with caution.