If you need to find direction, but don’t have a compass or any other means of determining it, there are several ways of doing this that use nothing more than the sun and shadows.

What we are describing here are the sun-and-shadows method, and the watch method. Please bear in mind, however, that while these methods may show direction, they show only the general direction in which to travel; they cannot be used to show precise direction.

Using the sun and shadows
We all know that the sun rises in the east and sets in the west – but not exactly due east or due west. And there may also be some seasonal variation in this, as well. As the sun tracks its way across the sky, shadows will be created by objects in its path. These shadows will move in the opposite direction to the sun. So, in the Southern Hemisphere, shadows will move anticlockwise, and indicate due north at noon. In the Northern Hemisphere, they move clockwise, and indicate due south at noon. Other than providing the means for determining direction, they can also be used for determining the time of day.

Shadow stick method number one
This is an accurate way of determining direction, and involves little more than a stick, a couple of stones and some patience. Find a stick approximately 1m in length, and place it upright on a patch of clear, flat ground. The area must be clean and free from debris around the stick, as we need to identify the shadow it casts.

Where the stick casts a shadow, mark the shadow’s tip with a stone, or some other object. Irrespective of where you are in the world (Southern or Northern Hemisphere), this point will always be west. Wait 10 to 15 minutes. The shadow will have moved, perhaps only by a few centimetres. At the new position of the shadow tip, place another stone. This new position will be east, so by joining the two stones, you have an approximate west-east line. 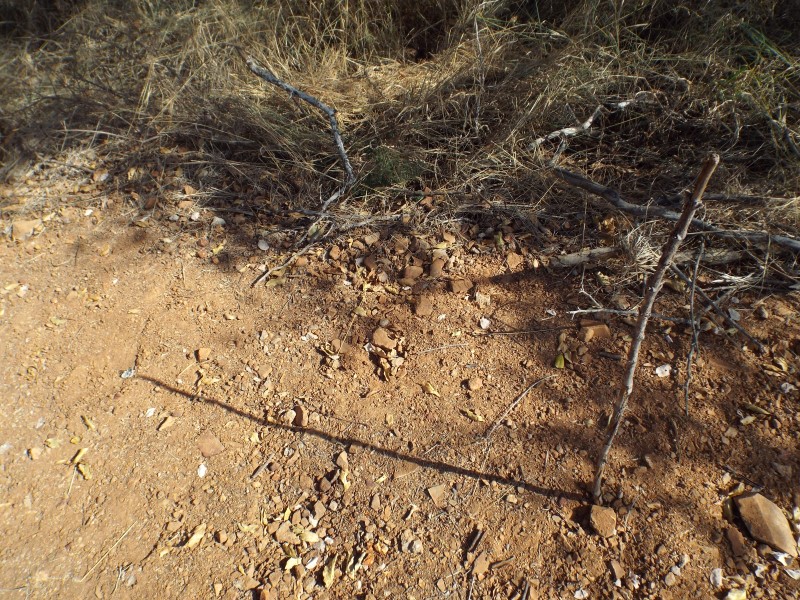 (1) Place a mark at the tip of the shadow from a stick. 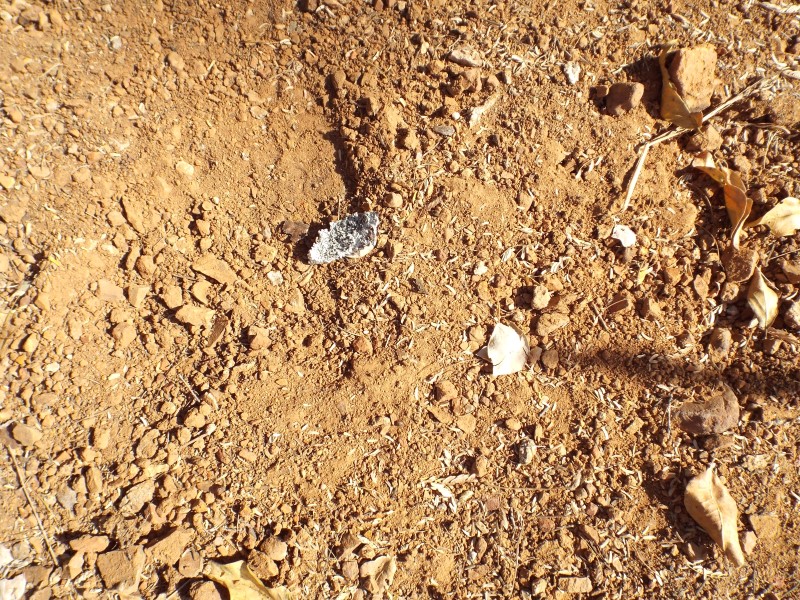 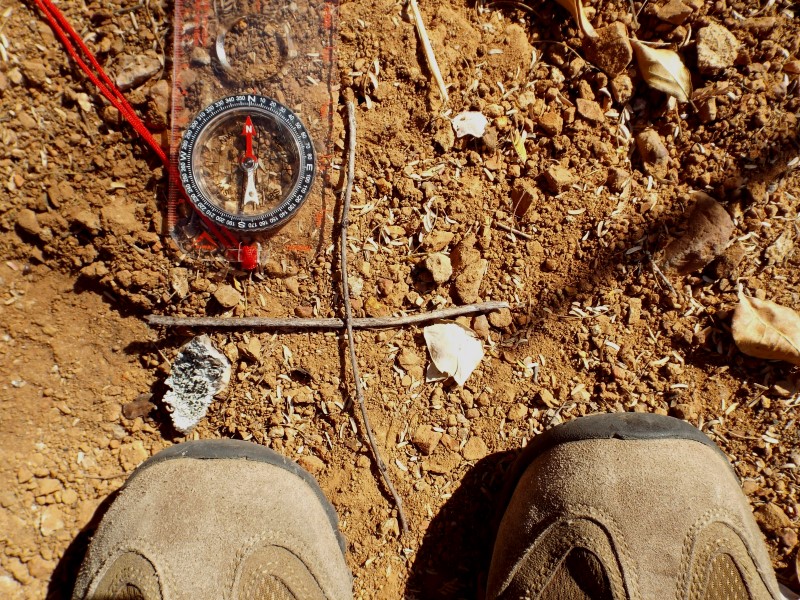 (3) Stand with your left foot on the left mark. You are now facing North.

Now, stand with your left foot on the first stone, and your right foot on the second. You are now facing north. Irrespective of where you are in the world, the first mark should always be on the left-hand side.

Shadow stick method number two
This is a slightly more accurate method than the previous one, but requires waiting longer for the shadow to move. In the morning, set your stick in the ground as described above, and place a stone at the tip of the shadow. Tie a piece of string at the base of the stick, and measure out to where this stone is. Now draw an arc through this mark. At midday the shadow will shrink and disappear. It will then gradually reappear in the afternoon and lengthen again. Mark the exact spot where the shadow touches the arc the second time. Join the two marks together, and you have an accurate east-west line. As with the first method, stand with the first mark to your left, and the second to your right. You are again now facing north. A simple way of remembering which way to stand, is ‘west is to the left’.

Direction by watch (main image)
It is important to note that this method is more accurate the further away from the equator you are. It should also use true local time, ignoring daylight saving to give an accurate direction.

Many of us wear an analogue watch, and this can also be used to determine direction. If you wear a digital one, simply draw a watch face on a piece of paper with the accurate time depicted on it. This will be used in the same way as we will be using the analogue watch. Alternatively, you can draw a clock face on the ground.

In the Southern Hemisphere, hold the watch (or piece of paper with the watch face drawn on it) horizontal, and point the 12 o’clock mark at the sun. Midway between the 12 and the hour hand will be a north-south line.

In the Northern Hemisphere, hold the watch horizontal with the hour hand pointing at the sun. Bisect the angle between the hour hand and the 12 o’clock mark to get the north-south line.

If you are in doubt as to which end of the line is north, remember that the sun rises in the east, and sets in the west, so it is due south at noon. The sun is in the east before noon and in the west after noon.

NOTE: You can still use this method in the Northern Hemisphere where daylight saving is used, but this should be taken into account. Use the midway point between the hour hand and 1 o’clock to determine the north-south line.