Land Rover Owners Namibia recently hosted the second Land Rover Trophy event in Namibia; this one being called Two Rivers, as it took place between the Ugab and Huab rivers, which are ephemeral rivers, and only flow in the rainy season, if at all.  A total of 17 Land Rovers entered this year’s Trophy, two of which were from South Africa. This event alternates on a bi-annual basis with the popular Land Rover Festival in Namibia. 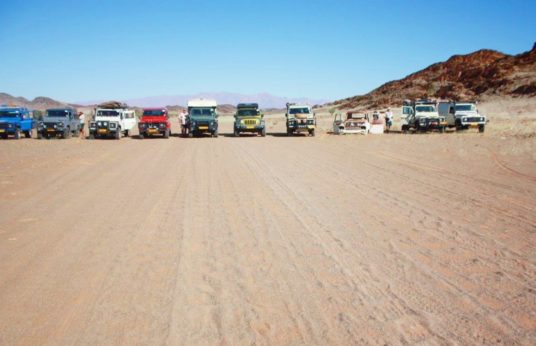 LRON convoy lines up for a break.

A total of four classes can be entered. The Standard Class comprises vehicles that are completely standard and basically are in the same state, spec wise, as the day they left the showroom floor. The Modified Class comprises vehicles that have been modified in the form of larger tyres, engine tweaks and tune-ups, suspension lifts and any other addition to the vehicle that could give the competitor an advantage over the standard class vehicle. The Open Class is for Land Rover vehicles that have been modified with a non-standard engine and the Expedition Class is the touring class and is for Land Rover campers and those entrants that just wish to do the safari section of the event. 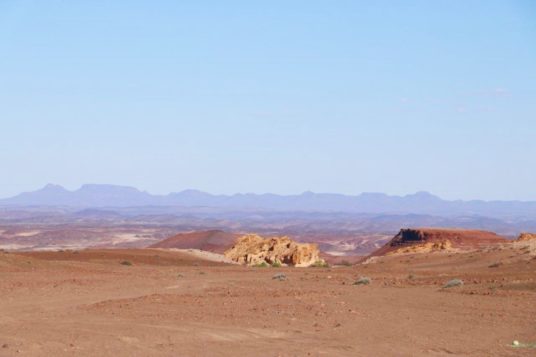 Landscape of the area the Trophy took place.

A tough route covering 120 kilometres on day one took the entrants from Uis into the Ugab River via White Lady Lodge and from there to Land Cruiser Hill. Here the first challenge took place in the form of a dune climb. This made for huge action and surprisingly a bog standard Land Rover Defender 3.5 V8 station wagon won this challenge. From here, the climb up Land Cruiser Hill took the group to Twyfelfontein where the overnight stop was at the Aba Huab camping site. 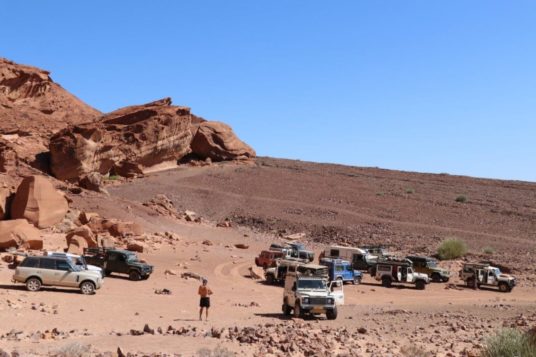 The next morning saw the convoy head up the Aba Huab river into the Huab river in a westerly direction and then out of the river through the Valley of Desolation all the way down to the Ugab river again where overnight camp was made at the deserted Ugab Rhino Camp, abandoned because of a free roaming desert lion (desert-adapted lion) – which occur in the arid western part of Namibia. The lion had reportedly been attacking, not only livestock but also travelers. The lion population in this North Western part of Namibia has suffered terribly due to lack of prey, as this area of Namibia has suffered many years of drought.

The Drag Race challenge was supposed to be held at the Rhino Camp, however the group arrived too late and it was decided to move the challenge to the Omaruru river mouth in Henties Bay where the event ended. This section also covered 120 kilometres and the group was fairly weary on arrival at Rhino Camp.

Day three started early as a total distance of 160 kilometres was to be covered. The route took a turn via Brandberg West Mine where the emerald pool was visited and then into the Gobobos area for excellent sightseeing. From there the main road was followed to Mile 108 and then down to Henties Bay. 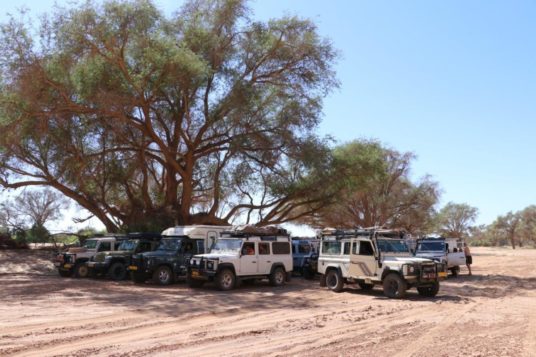 Participants taking a break in the shade under a large tree in the river bed.

The final two challenges were finalised on the beach at the Omaruru river mouth where the Drag Race and Gymkhana challenges were completed. The overall winner was a tie between two participants, both in standard class vehicles. However, due to a calculation error in the gymkhana challenge which saw one the of the winning participants disqualified, we ended up with one overall winner in a Land Rover Defender 300 Tdi. 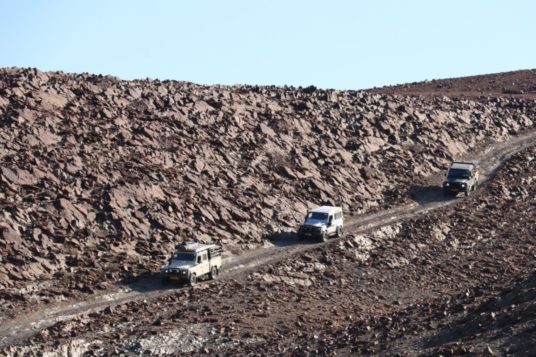 Prize giving was held at a restaurant in the sleepy small coastal town of Henties Bay where a fantastic meal and loads of laughs and fun was had by all the participants. A tremendous amount of fun was had by all while enjoying nature and preserving the environment. The next Land Rover Trophy will be hosted in 2023. Next year, it is time for the Land Rover Festival again. 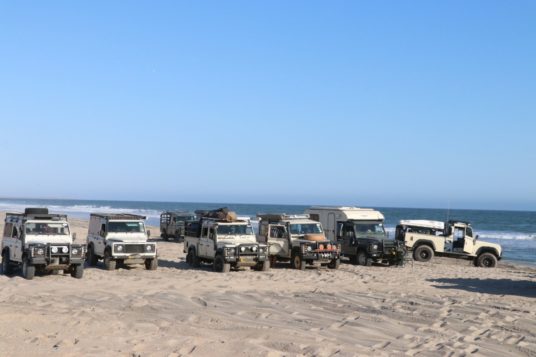 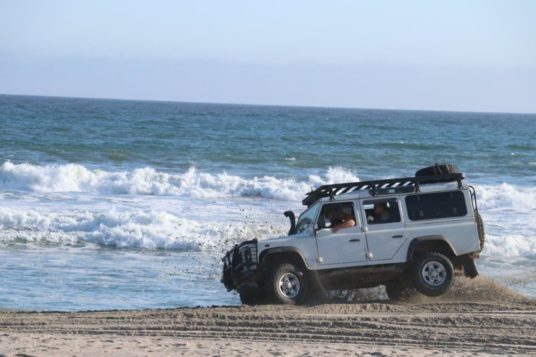 Final Trophy Competition on the beach.

Land Rover Owners Namibia is open to owners of Land Rovers of any model and owners of other 4X4 makes.

Think you have a great story to tell and want to share your overlanding experiences with like-minded enthusiasts? Click here to submit your story.