In many ways the 4×4 fraternity is no different to any group of car enthusiasts – including the guys that put go-faster stickers on their bonnets – as we’re all driven by an automotive love affair. 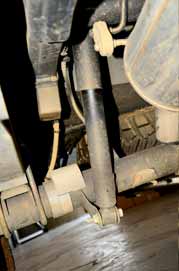 Of course, off-roaders go a few steps further; we don’t just personalise our 4x4s, we also strive to perfect them by fitting performance-enhancing accessories and versatile camping gear. However, there’s a hurdle standing between new vehicle owners and the realisation of a customised rig: the manufacturer’s warranty. It’s a tough decision to make – do you play it safe and wait for the vehicle’s warranty to expire, or say, ‘to hell with it’ and embark on a fitment frenzy? Well, if you’re an Amarok owner, there’s no need to choose. Simply visit your local Safari Centre branch and ask about their new range of Seikel products. Seikel is a German-based parts manufacturer which has achieved VW approval.
Vehicle manufacturers seldom accept the fitment of aftermarket parts and accessories, and this is especially true when dealing with suspension systems. However, in Seikel’s case, VW is willing to accept the fitment of all Seikel products to select VW models. What this means is that fitting a Seikel suspension kit to your Amarok won’t affect other parts of your warranty, such as the drive train system. Of course, in the unlikely event that something does go wrong with any component of the Seikel suspension kit, you’ll have to approach Seikel for assistance, and not VW. 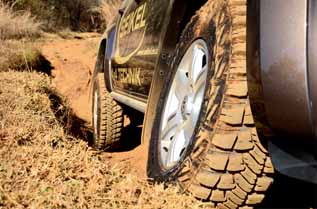 The agreement between VW and Seikel is thanks to the company’s founder, Peter Seikel, and his off-road racing career and long-standing relationship with VW. In fact, most of the Amaroks used in the Dakar rally as support vehicles were kitted out with Seikel products. Until now, the Seikel range hasn’t been widely available in SA, and only a select few fitment stores specially imported the brand; but Seikel and Safari Centre have now come to a partnership agreement by which Safari Centre will supply Seikel products from their eight branches nationwide. That means that if you’re an Amarok or VW T5 4Motion owner, you can now kit out your VW with an extensive range of Seikel products – none of which will affect your vehicle’s warranty. This includes products like air snorkels, sump plates, diff guards, reduction gears (for T5 models) and several suspension kits.

The suspension system fitted to the Amarok featured here is called the Desert Package, and offers a 25 mm body lift (so you can fit larger tyres), extended coil springs, and longer, high-performance shocks – Bilsteins, which are specially designed and made for the Seikel suspension system. The kit retails for R12 989, excluding fitment. Equally exciting news is that the Safari Centre Group recently partnered with the business giant, Imperial. What this means for Safari Centre clients is that they can now enjoy an in-house warranty on all items installed on their 4x4s, and that includes things like auxiliary fuel tanks, built-in compressors, and even bull-bars.

For more information, contact Safari Centre’s head office on 012 809 4410 or go to www.safaricentre.co.za