Bitter rivals Land Rover and Jeep head to Honingklip, in the Cape, for a showdown. There can only be one winner…

The argument as to whether Jeep or Land Rover is the better vehicle can be traced back to the early 1950s when the Land Rover Series 1 emerged as a British interpretation of the WW2 Willys Jeep. Both brands are iconic in their own right and today each of the marques produces some of the most high-tech and capable 4x4s on the market. But which nameplate produces the most capable vehicles? It’s the kind of question that can only be answered outside in the field. The scene for the most recent brand skirmish saw 40 vehicles from each camp descending on Honinklip Farm near Bot River, on an extremely windy Saturday with dust and grit nearly sandblasting the paint off the vehicles. Despite this, spirits remained extremely high and 10 heavily-modified vehicles, representing each manufacturer, entered the ring. 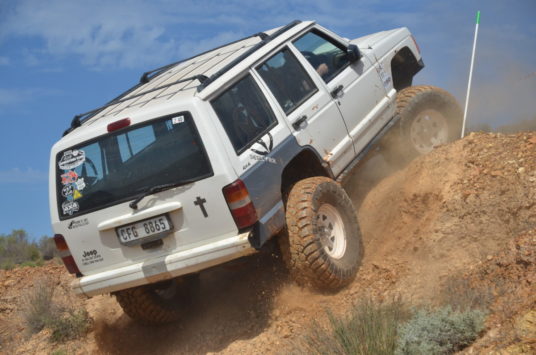 Unlike other technical 4×4 events, the Jeep vs Land Rover challenge worked on a group points system. Individual vehicles started with 100 points each, with deductions depending on performance, and a total score for either Jeep or Land Rover was counted to find an overall winner. To keep it fair, five obstacles were built by the Jeep guys and five by the Landy fanatics, just to make sure that no advantage was given to either manufacturer. With 30 points deducted for a roll-back and 20 for hitting a pole, points were easily lost in extremely technical challenges that favoured short wheelbase vehicles with decent stability. All vehicles had to be road-legal, though the variety of modifications varied widely, with most vehicles sporting two lockable axles. Throughout the day a few vehicles were knocked out due to mechanical issues, and several scored zero points in certain obstacles due to getting stuck. Despite this, after seven obstacles, no safe bets on a winner were possible and tensions between the brand fanatics had reached fever pitch. The final obstacle – a time trail through the Honingklip dam – separated the men from the boys.

In the end, Land Rover won the event with 1947 points, having used an assortment of Disco 1s and modified Defenders. The Jeep guys only managed 1467 points, primarily using Cherokee XJs, modified TJs, and a couple of more modern Wranglers. After a tough day, a blast was had by all. The score was accepted and both victors and losers were able to put their differences aside in the name of sportsmanship. Until next year’s event, when there will be another battle of honour… 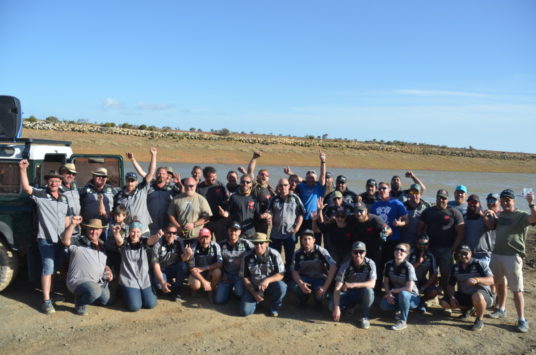 To get info about the event, and upcoming events, please join the Western Cape 4×4 & Difflock Facebook group as well as the Jeep vs Land Rover Facebook group.

William Simpson Jeep was the sole monetary sponsor of the event and helped provide prizes and organization costs. Without sponsors, these brilliant events would not be impossible. Please visit www.williamsimpsonfca.co.za for great offers on new and used Jeep products. Thanks also go to Denille de Kock and Henry Kasner for organising a brilliant event, Honingklip 4×4 Farm for hosting, and Western Cape 4×4 & Difflock Facebook group for helping to promote the challenge.