With over 455 000 Kilometers on the clock, Louis du Toit’s Ford Ranger XLS averages 60 000km per year on tar and dirt roads and still ‘Drives Like New’.

Quality, reliability and durability are three founding characteristics that would describe the Ford Ranger owned by Louis du Toit. His story and experience are testament to the many Ford Ranger bakkies that have done high mileages around the country for work and leisure purposes. Ford South Africa recently caught up with Du Toit in the Eastern Free State where he and his 2013 Ranger XLS 4×4 were living up to the Built Ford Tough promise.

“I am the co-owner of a trading enterprise based in the Eastern Free State and my 2.2-litre Ranger XLS currently has over 455 000km on the clock with a full service history from the Ford dealer in Bethlehem,” says Du Toit. “We even had to order a new service book because the original service book only goes up to 300 000km, and we’re halfway through the second one already,” he proudly confirms. 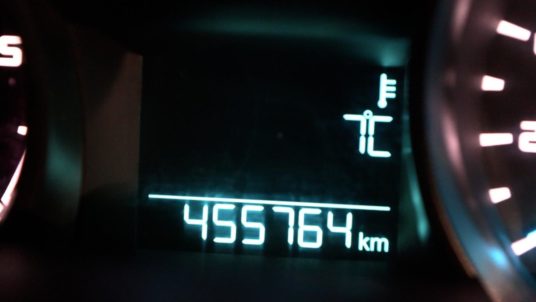 “We use the bakkie as a workhorse every day and I average about 60 000km per year, with 70 percent of that distance covered on tar roads and the other 30 percent on gravel. This is because a lot of our work is done in rural areas and includes travelling to timber harvesting sites.

“When somebody gets into the vehicle with me now, they ask if it’s still new,” Du Toit says. “When I tell them that it has more than 455 000km on the clock, they say ’it still drives like a new bakkie!” 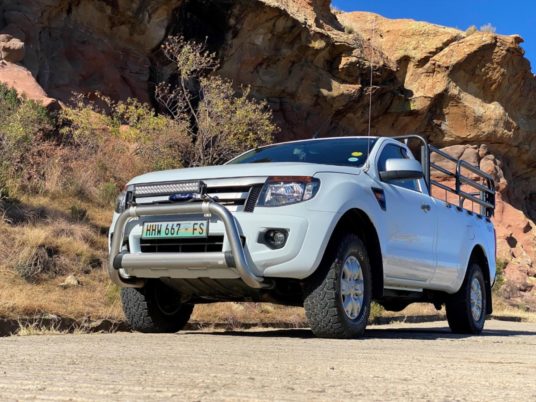 Speaking on the condition of his Ranger and the performance of the 2.2-litre engine, he says: “I’m very happy with the Ranger 2.2. We use it as a workhorse bakkie carrying different loads all over the place, and it is used every day to travel to work and back. It still has the same standard factory-fitted suspension and I think it’s on a second set of shock absorbers, and a fifth set of tyres,” he adds.

Dale Reid, Product Marketing manager at Ford South Africa, believes that Du Toit’s story exemplifies every step of Ford’s customer experience as well as the Ranger’s overall quality. “The Ranger is one of South Africa’s best-selling vehicles in the new and used vehicle market because of its exceptional reliability and all-round performance as a leisure vehicle and workhorse. It’s great to get positive feedback from customers like Louis. It shows that they have great confidence in the Ranger product and, as a result, remain loyal to the Ford brand,” he says. 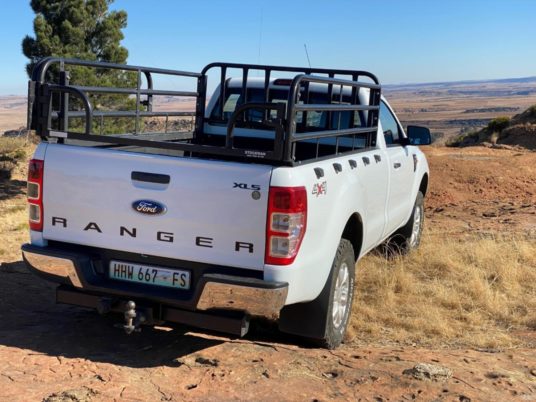 According to Du Toit, the reason that he’s had such an incredible ownership experience with the vehicle is because it has been serviced exclusively at a Ford dealer. “I believe that if you service your vehicle at the agents then you won’t have any problems,” he says.

Du Toit has been so impressed with the Ford Ranger that he has since purchased another two. This includes a 2018 Ranger XL SuperCab which has approximately 130 000km on the clock, as well as a 2019 Ranger XLT SuperCab 4×4 which has done around 51 000km.

“I don’t think I’ll ever revert back to any other vehicle. The Ford Ranger is a comfortable vehicle to drive on tar and off-road. It’s also a tough bakkie and you can use it for anything from work to leisure. I’m a Ford fan through and through. Let’s see if we can get my Ranger 2.2 XLS to one million kilometres, I think we will!” Du Toit concludes.