Each vehicle has its own camouflage that represents 23 locations that the Defender tackled of 70 years and for several decades, Land Rovers proved that paths that are inaccessible can in fact be explored. 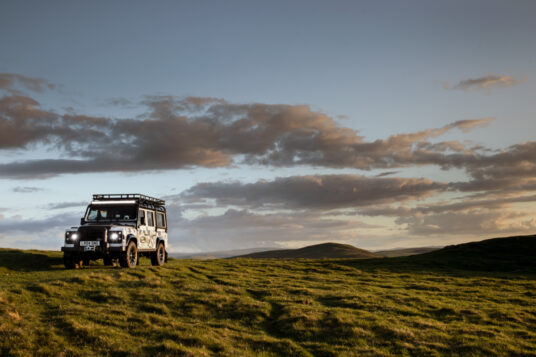 The camouflaged V8 was created using Defender models from 2012 – 2016 that was stripped and rebuilt by hand to exact its standards and improve high specifications.

The heart of this spectacular beast is a 5.0-litre V8 petrol, which delivers 298 kW with 515 Nm or torque. Its engine is mated to an 8-speed ZF automatic transmission. Each model has uprated suspension, steering enhancements, and uprated brakes. 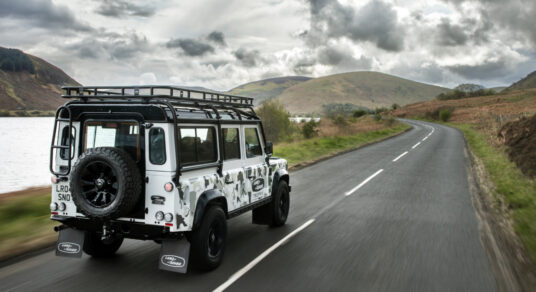 Its bolder-looking exterior features a black and white theme, with a unique camouflage. The main body is finished in Fuji White, with a Narvik Black roof and Gloss Black exterior elements, while its Gloss Black 18-inch Sawtooth alloy wheels complement the theme. 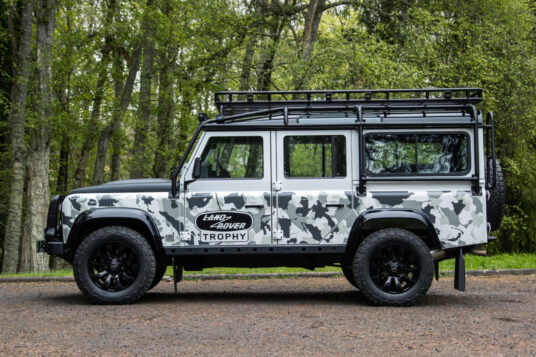 The Defender camouflage features 23 locations where Land Rover has conquered challenging terrain across its 70 years of off-roading exploration. These include historic off-roading challenges, as well as more recent Land Rover expeditions in regions from South Africa and Laos to Peru.

The newly designed off-roader has a range of exterior enhancements that promises an all-terrain performance. The front end has a protective A-frame that houses a winch ahead of a bespoke front grille. Its black bonnet has a satin finish that reduces glare in bright conditions, along with a full-width 1.27m LED light bar that provides ultimate visibility in all-terrain conditions at night. 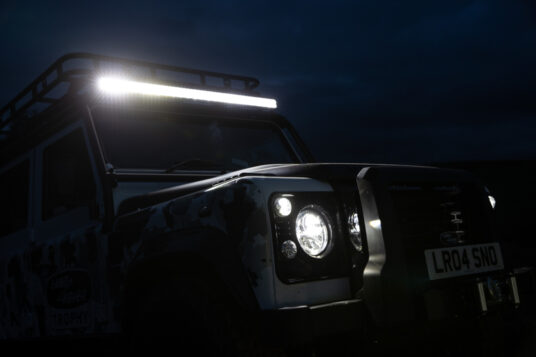 It has a 500mm wading depth, a rear recovery point, and is finished with rock sliders and an external roll bar for added body protection. A rear ladder provides access to the expedition roof rack while subtle detailing includes Land Rover Trophy badging and white logo detail on the mudflaps.

Customers are spoilt with Recaro sports seats, finished in a high-quality black and white Windsor leather with contrast stitching, offering only the best comfort and support. The dashboard, doors, and headlining are trimmed in leather. 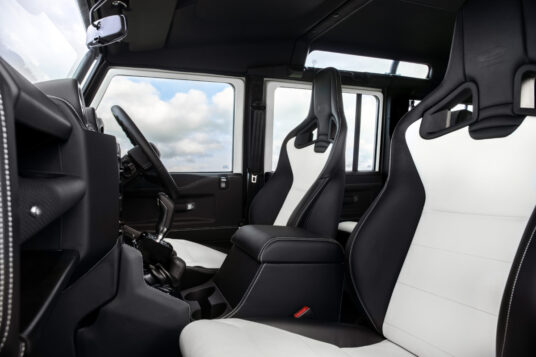 Land Rover Classic’s modern Infotainment System with integrated navigation and mobile device connectivity ensures the latest multimedia options are all available onboard at the touch of a button. Land Rover’s ergonomic pistol shifter for the ZF automatic gearbox is also fitted for added control.

To finish off the interior a bespoke Land Rover Trophy clock face by Elliot Brown is the centre piece of the dashboard, with a unique face mirroring the exterior camouflage design. Elliot Brown is once again supplying Trophy owners with a unique, tough, Competitor’s Edition timepiece. Meanwhile, for those not lucky enough to secure one of the limited-edition vehicles, Elliot Brown is releasing 1,000 watches inspired by the Land Rover Classic Defender Works V8 Trophy II.

For those looking to enhance their own Defender with some of the Works V8 Trophy II aesthetic, Land Rover Classic will be offering Trophy influenced Genuine Accessories to be announced later in 2022.