In this article we revisit our trip that took us to Mozambique, the Maputo Special Reserve and back to the Tembe Elephant Park in SA. There are certain things that can cut a trip to Mozambique short. Taking photographs of three camo-clad border guards relaxing in the shade while discussing the vagaries of crypto currencies and overly-demanding wives, is one of them. I had the foresight to ask permission, and was met with a stern glare and a sideways wag of an index finger. I must say that I was tempted, but the thought of spending time in the squalid confines of a local “cadeia” outweighed my desire to sneak a snapshot.

From the South African side of the border, after a half-hour wait, I made my way to the border post counter. The sweaty official’s distant look spoke volumes about his desire for Speedo-clad days spent sunbathing at the poolside. “Thunk” went the stamp into my passport, with the precision achieved only by endless repetition. Then it was off to the Mozambican officials for a second “thunk”. Hola Mozambique! 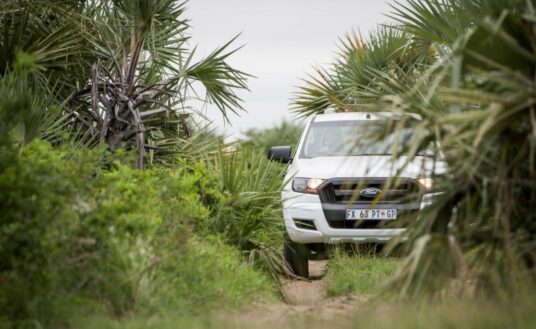 It must be noted that at the time, the Chinese are building roads in Mozambique at a rapid rate, something I’d also noticed happening on a Lesotho trip. I wonder what the trade-off is? Nothing in life is free − and especially not long tracts of tarred road. After all of us had completed our border crossing formalities, we hopped into the awaiting 4x4s.

The sand roads within the reserve can only be traversed in a 4×4 vehicle, and it’s not advisable to tow more than a small camping trailer or rubber duck. Anything larger would see you getting bogged down in the soft sand, often. Another word of caution regarding the soft-sand twee spoor in the Maputo Reserve and surrounding areas, is that you need to watch out for the locals who fly along at an excessive rate of knots. A 4×4 double cab in our convoy collided with a local vehicle head-on when coming up a blind rise. Crunch! 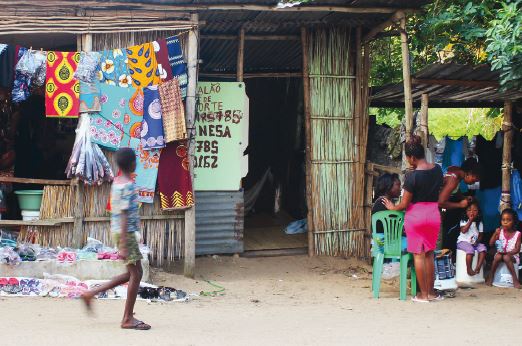 The market in Ponto do Ouro is alive with colour

We were met at the Melting Pot Inn in Ponto do Ouro by Miguel Goncalves, the marine park warden for the Maputo Marine Reserve. On the way to our first overnight destination, he gave us the wonderful opportunity of doing a night drive on the beach to view the Loggerhead turtles who find the correct place to dig a large hole in the sand with their paddle-like flippers, lay the eggs, and cover them up.

With the turtle antics over, it was back into the vehicles and on through Ponto Malongane, Ponta Mamoli, Ponta Maderjanine, Ponta Techobanine, Ponta Dobela, Ponta Milibangalala and Ponta Membene before we reached Chemucane, and our first overnight stay at Anvil Bay Lodge. 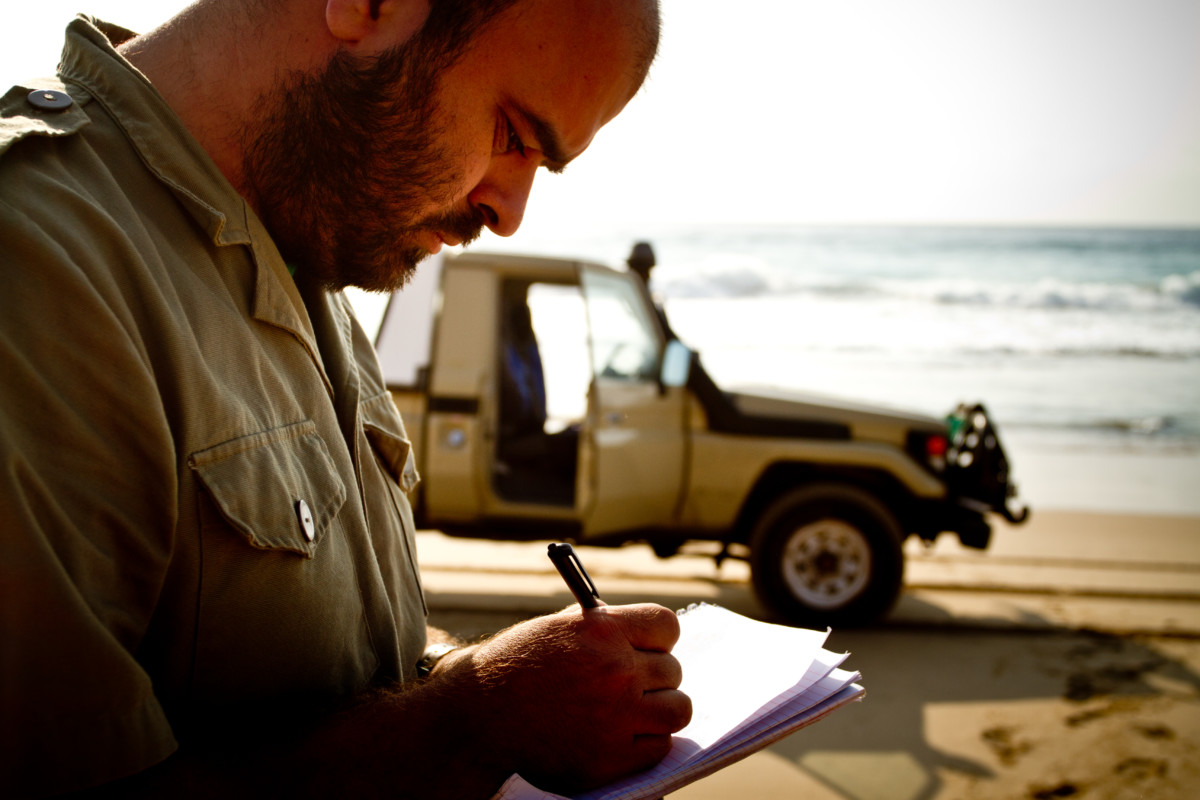 Bemvindo! (Welcome home) is the five-star greeting you get at this low-footprint outfit. And it is certainly a place where you can reconnect with the pristine surrounding environments, catch up on paddle boarding, kayaking, cycling, snorkeling, beach walks, dune forest trails − and then traverse the wonderfully scenic reserve in your 4×4. In the evening, we were treated to some wonderful local fish, prawns and other delicacies that had been caught fresh that day. My cerveja (beer) of choice in Mozambique was 2M (or Dois M), and tasty stuff it is! 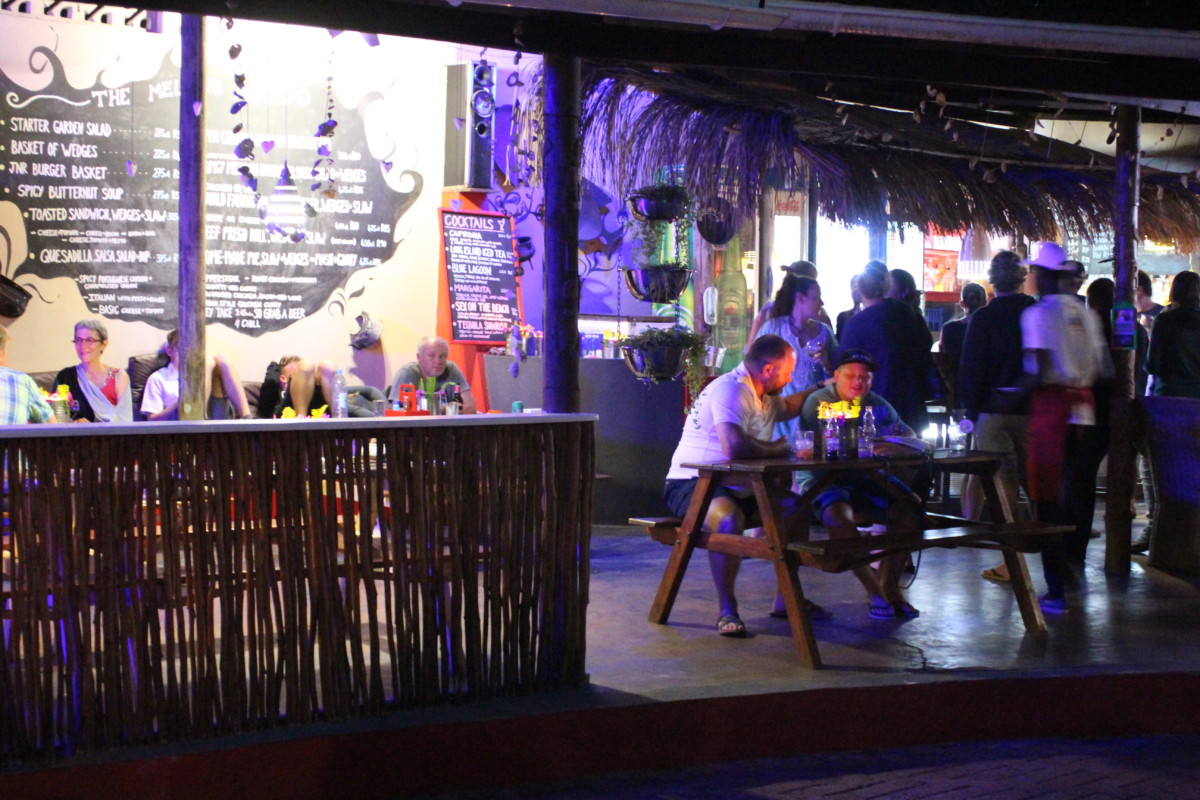 The Melting Pot restaurant in Ponto do Ouro.

After a scrumptious breakfast the following morning, we were taken on some of the Maputo Reserve’s 4×4 routes, giving us a chance to view hippo, elephant, buck, and the rich birdlife common to the region. The one mistake I made on the beach trip was not deflating the tyres of my 4×4 enough (no tyre-pressure monitor), and this resulted in my nearly getting stuck on a few occasions. The following morning, with the aid of a tyre-pressure monitor, it was discovered that my tyres were still at 2 bars when they should have been at the 1.0 bar mark for soft-sand driving. 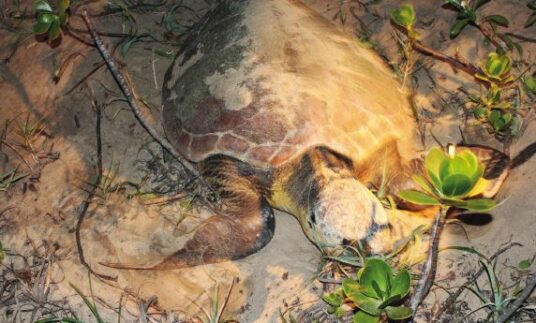 We spent most of the following day traversing the Maputo Special Reserve (two hours of which I spent being bounced around in the load area on the back of a double-cab 4×4 in search of photographs) and taking in the wonderful scenery; and then headed back to Anvil Bay Lodge. After a quick breakfast the following morning, we set off back through the reserve to the border post, for another double “thunk”, then into South Africa to make our way to the Tembe Elephant Park for our final day and night of the trip. 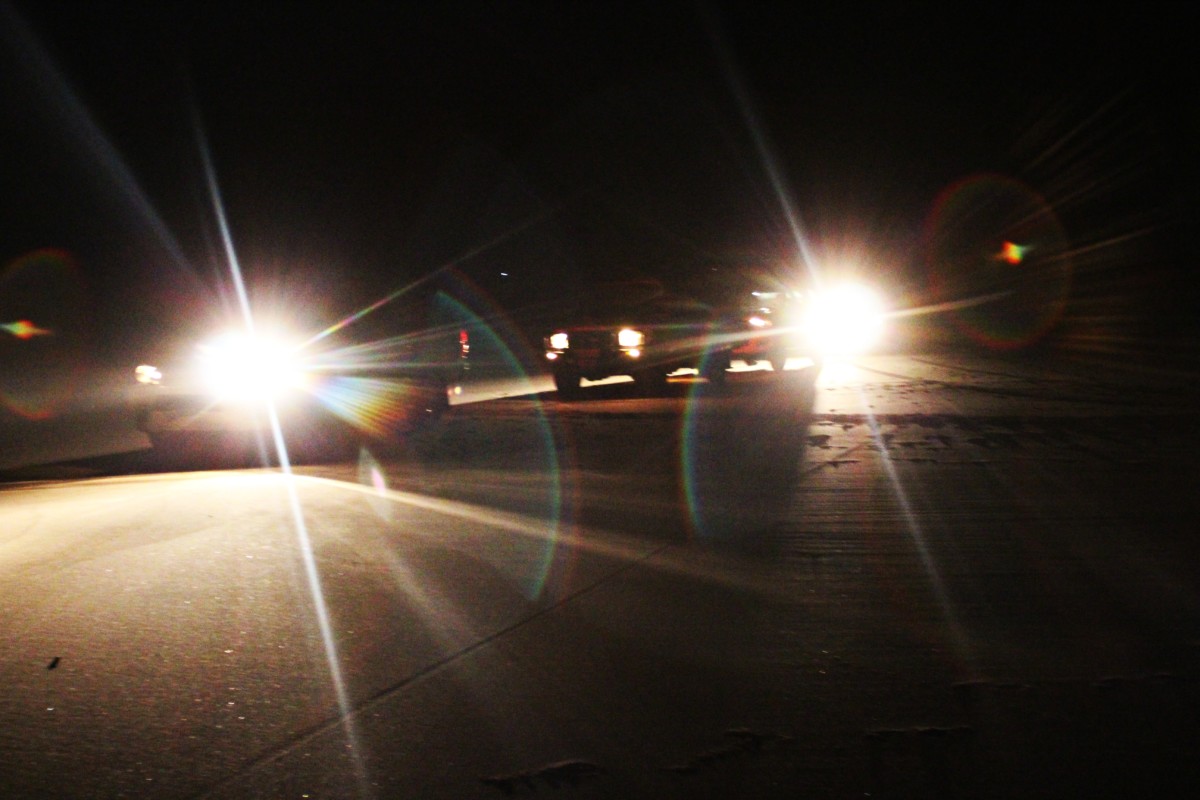 A night ride along the marine reserve.

Mozambique is considered a high-risk malaria area, and you need to have the necessary prophylactics prescribed by your medical practitioner before you venture there on holiday Tembe Elephant Park is a 300km² reserve between Zululand and Mozambique. The Transfrontier-Parks initiative between the two governments aims to join the Tembe Elephant Park to the Maputo Special Reserve, via what is called the Futi Corridor. The challenge is that, because Tembe hosts lions, those families now living within the corridor will need to be relocated before the Futi Corridor can be opened to allow the free movement of wildlife.

I was lucky enough to have a herd of elephants walk directly in front of my vehicle. A young bull approached, flapped his ears and gave a quick warning trumpet before turning to catch up with the herd. Tembe Elephant Park has elephant, buffalo, African wild dog, white and black rhino, lion, warthog, porcupine, antelope, meerkat, giraffe and an endless variety of birds. It’s a snippet of Africa that remains largely untouched. 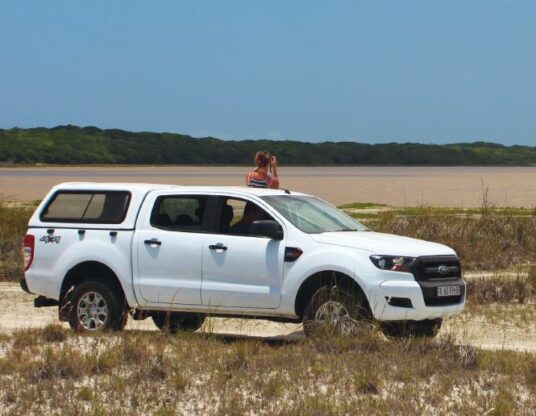 On of the large lakes inside the Special Reserve.

We stayed in the Tembe Safari Lodge, which is surrounded by electric fencing to ensure the safety of its guests. The plush, permanent tent-style accommodation with outside shower was luxurious. The myriad insect sounds at night form a beautiful backdrop to peaceful sleep; although, just to be on the safe side, I rigged up my own mosquito net which I had hauled all the way from Cape Town. From past experience I know that if there is a mozzie in the room, it’ll find me! I had to fashion a hook out of a teaspoon to get my mosquito net to hang from the ceiling. Room service is probably still wondering why one of their teaspoons is so bent out of shape. 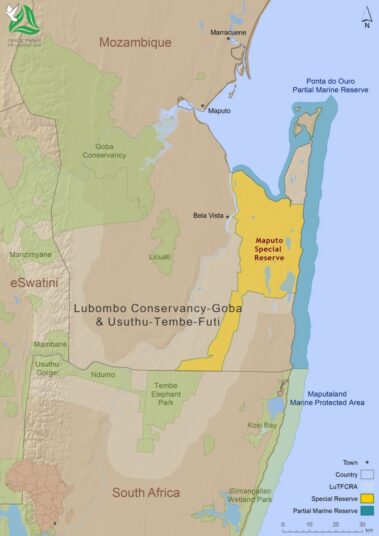 The following morning had an early start, for me to make it back to King Shaka airport in time for the flight back to Cape Town. When I next have an opportunity to visit alluring Mozambique, I plan to spend a lot more time with my camera in hand at the colourful markets that line the main road in Ponto do Ouro, and also to capture some of the disused but beautiful colonial buildings that often show the ravages of past conflict.

Mozambique marches to its own drum, and it beckons all those who are willing to listen to its enticing melody. It is a melting pot of delicious smells and tastes, with palm-fringed beaches, turquoise waters, incredible wildlife and a nightlife that beats out a rhythm unlike any other.

We hope to return to Mozambique in the near future and enjoy the wonderful sights and sounds of this scenic escape. 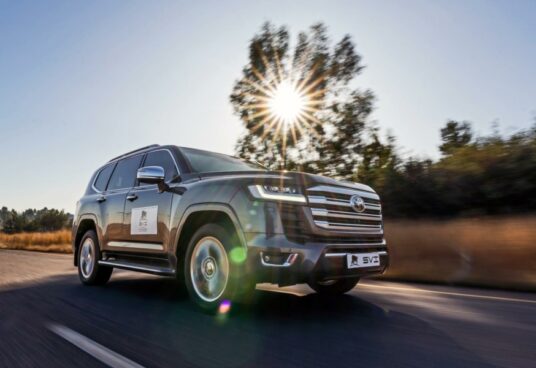