You need a range of skills to take part in the Mystery Rally, not the least of them being able to punch co-ordinates into a GPS and turn out a tasty braai meal for the judges…

The Mystery Rally has now become my weekend 4×4 highlight of the year, as I was invited as a tag-along photographer to last year’s event and, for some reason, again to the 2018 rendition.

Run by the Western Cape 4×4 and Diff Lock Club over the last (long) weekend in September, the Mystery Rally doubled in size to around 50 vehicles this year. This event is a blast, which relies on the ‘unknown’ factor − combined with family adventure and meeting new folks − to add excitement. It’s not about car-breaking obstacles and technical challenges.

Just like last year’s event, the contestants had no idea where they would be going for the weekend. They did know that they could bank on around 800km worth of driving time and plenty of braaing.

The first set of co-ordinates for the starting point of the 4th annual Mystery Rally buzzed on everyone’s phone at 03.00 sharp on Friday morning.

As was the case last year, more than one team didn’t know how to use a GPS, and so, instead of meeting at the Calabash Bush Pub on the spectacular Bain’s Kloof mountain pass on the R301, found themselves in Franschhoek. Others forgot wallets, or overslept, resulting in a very late start. Then, to make it interesting, from the Calabash we had to feel our way with a series of new GPS co-ordinates in a wild hunt for clues around the winelands beyond Ceres and towards the Cederberg– in effect, an Easter-egg hunt, but this time with the help of bigger toys.

Unfortunately, some of the pre-planned routes had been washed away a day before the start, but (thanks to the generous spirit of local farmers) link sections over private wine farms were created.

Contestants in colour-coded teams were sent off to find new co-ordinates between the vineyards, dams and gravel tracks, and over the Gydo Pass to Ceres and beyond. At one waypoint on a wine farm, teams had to find a hidden ‘message in a bottle’ which contained their next co-ordinates; and, as predicted, many people got lost and ended far off-course. Others broke down, and one group famously even drowned their rig – more on that later. 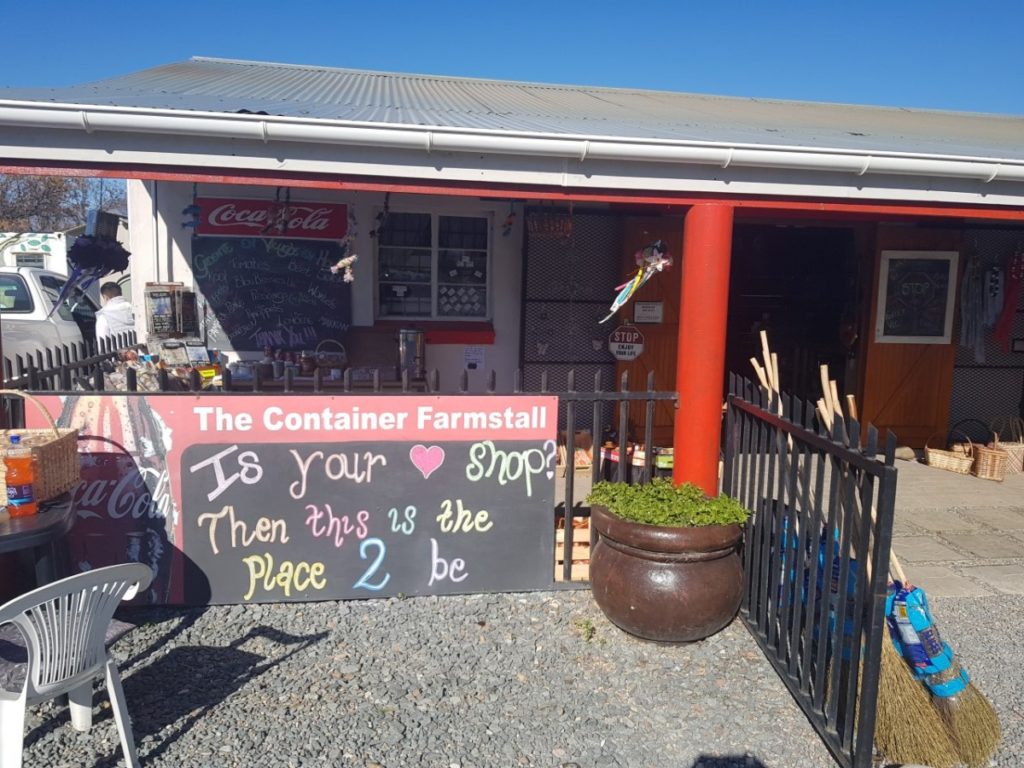 In an interesting twist, each of the teams was given a budget for the day to spend on fresh ingredients at local farm stalls. This was the preparation for yet another “Mystery Challenge”: later they would be forced to don their cooking caps and come up with a special full meal that would be judged by the administrators.

On night one, we ended up at the remote Avoca-Farm section of Rietrylaagte Farm on the western side of the Cederberg, where the kids had a big house to stay in and the rest of us got on with braaing.

The next day’s events, including a time-trial stage up a sandy hillside, claimed its fair share of casualties − not least a Pajero which blew its turbo, and more than a few knocked tie-rods. It should be noted that the diesels owned the time trial, nabbing the top three spots before the first petrol V8 had a look-in. While a line of vehicles lined up down below, and the Broject guys dried off their clothes and kit on a rack, we hit the 4×4 trail behind the fields. The short and sandy 4×4 dune route is tons of fun for groups, and had plenty of folks hung up on their bellies – including event-organiser Marc Dunster in his Ford Ranger, who couldn’t quite escape my camera.

After a full second day of trials and tribulations, the group was sent off on another chase toward our final camping spot: the majestic Koningskop.

This superb campsite had more than enough space for our large group, accommodating us all on immaculate grass in a stunning valley that lies within the plateau that overlooks Citrusdal.

The first night’s Mystery Challenge was a cooking competition (loosely modelled on the Ultimate Braai Master series, but with a lot more laughs), in which teams dipped into the stores they’d bought en route at local farm stalls. Everything had to be cooked over the fire, and although some were a little cheeky with their offerings, others made full three-course meals including flambéed apple tart, roasted sheep’s tail and peach-infused rice.

After testing the first few teams’ meals, we found that our lethargy and full stomachs threatened to cloud our judgement, but all eight teams had to be tasted. What a tough job it is, being a judge at the Mystery Rally.

As in every event, there always has to be one mishap. And this year, to the dismay of the three Bros, the victim was their Broject Jeep – which, for a short while, tested its own amphibious abilities.

As the Jeep had suffered a minor breakdown earlier in the day, it was lagging behind the rest of the convoy; and, as the rest of the guys had already conquered one particular river crossing, the Bros decided that they could too.

What the driver didn’t know, was that the sluice gates of one of the overflowing dams a few kilometres upstream had just been opened, seriously flooding the route. Not deterred, because not informed, the Bro (no names mentioned) put foot until the Jeep began to float, initiating a quick reverse recovery effort, but not until a series of cell-phone pictures of the stranded Bro’s had been snapped.

As the Broject Jeep was due to be won at the end of the Mystery Rally, this left the three Bro’s with a bit of a conundrum: the insurance value was far outstripped by the time and effort involved in the many custom-made parts fitted to the vehicle.

A very lucky Chris Steyn has won the keys to this truly incredible rock-crawling build, and with the insurance money, the Broject should come back to life. Apparently it is mainly the electrics that have been affected.

It is yet to be seen whether or not another Broject will be created, but we can only hope!

Having recovered from the previous night’s food coma, everyone set off for the 4×4 loops. Two routes are available on Koningskop: a Grade 2, and a genuine Grade 5, both offering sights that must be among the most scenic in the Western Cape. Certain sections of the Grade 5 trail were near impassable in a standard vehicle, and only a lone Pajero Sport made it up one particularly nasty section that claimed many a modified rig.

Koningskop’s challenging routes offered a full day’s entertainment which offered all one could hope for, from extremely rocky climbs to stunning vistas. One vast panorama stretches out from atop a cliff so high that you can almost imagine the earth’s curvature…

Dozens of worthy prizes were dished out at the evening’s final bash, thanks to the many sponsors on board. There were enough categories to make virtually everyone a winner. It was a fitting finale to one of South Africa’s most enjoyable events, which brings people together for a unique mix of adventure, the unknown, challenge, and spectacular scenery. Roll on 2019…

Our trusty steed for the Mystery Rally was the latest Hilux Revo 2.8 DG-6 manual, in an electric blue that is a real eye-catcher. Like “man’s best friend’, the Hilux is a car that’s always on duty, always faithful, always going about its loyal duty without falter.

Our experience with the vehicle was no different. The infotainment screen is now a touchscreen, covering more functions and satellite navigation has been added. I was also impressed with the new dark interior, which is an easy place to spend time. The striking new nose was a hit with all the onlookers, and it looked the business with that striking blue colour.

I was reminded just how incredibly willing the new 2.8-litre turbodiesel is. It is very refined and incredibly tractable in the way it delivers power. On top of which it consistently delivers decent fuel economy – in the 8.5 to 9 litres/100km region.

An added bonus for me was the brilliant manual gearbox that’s smoother than any other in the business and offers rev-match technology so even an imbecile can’t mess up a gear change. At R604 500, this top Raider-spec is expensive, but worth every cent if you value reliability, comfort and resale value. The new styling tweaks make a winning recipe even better.