How did Llewellyn Edwards turn a mild-mannered Patrol Wagon into a certifiably insane supercharged beast? Let’s just say that the engine from a P1 racing powerboat is involved… 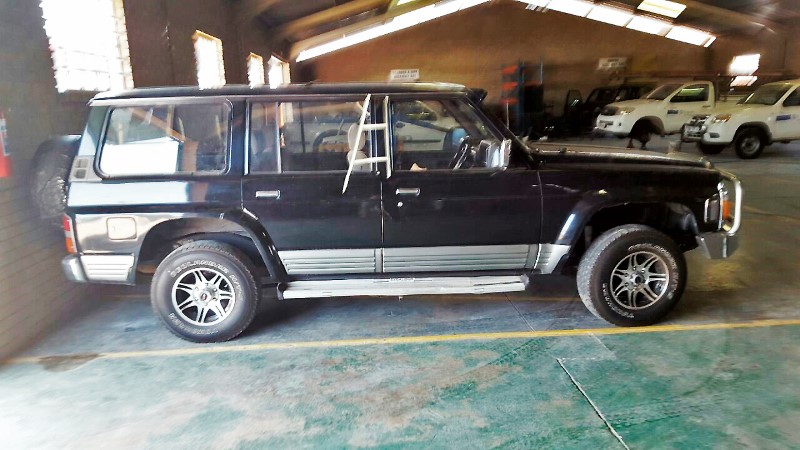 Whether or not you’re partial to big power and over-the-top builds, there is something to be said about the deep rumble of a tuned V8 and a barbaric, screaming supercharger. Stick the two into just about anything and you’ll end up with a beast – on land or water.

In the case of this build by electrical engineer Llewellyn Edwards, the Patrol’s heart was sourced from a P1 racing powerboat. Needless to say, it’s a Nissan like no other.

Despite appearing to be a Patrol pick up, the undercarriage tells a different story. Instead of thick leaf packs and the wheel articulation of a skateboard, this Franken-Nissan uses coils all round, indicating its past as a 1995 Patrol Wagon. Only after Llewellyn had bought the vehicle in 2016 did work begin: first, with chopping off the roof, then with suspension and engine mods. The conversion to a bakkie format was done by Oom Jan of Quantum Auto Body Repair in Modimolle. The chassis runs on Old Man Emu coils and dampers with a 4-inch suspension lift, and the body is also lifted 1.5 inches to help clear those massive 37-inch Cooper Mud Terrain tyres.

Though impressive to look at, especially after the swanky wrap done by Urbansky Graphics, it is what’s under the hood that really makes this Patrol special. After tearing out the original engine, a Vortec LM7 was installed for an extra kick. But that was ‘too slow’ to match Llewellyn’s need for speed, so it had to go. He had both time and other choices on hand, because this was just one of his collection of SEVEN Nissan Patrols, none of which is still equipped with an original Nissan engine…

The solution was to ring up a marine company supplying race engines for powerboats. The mill in question is a Nissan VK45, similar to that seen in some Infiniti models and various racing cars – including the Nismo Nissan GT-R V8, as well as Super GTs and even Le Mans Prototypes. And, of course, P1 power boats, which are capable of insane feats on the water, including sprints from zero to 220km/h in around 4 seconds – faster than an F1 race car. 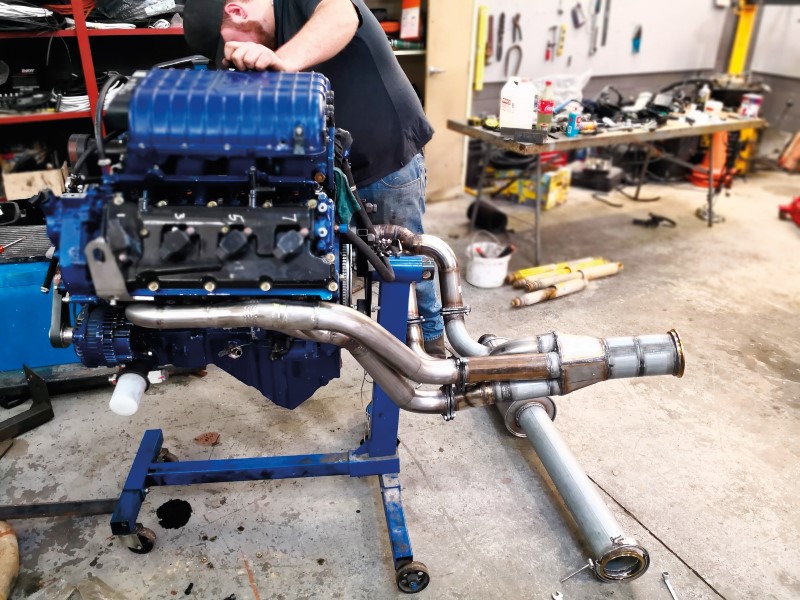 The 90-degree V8 already comes stock with around 250kW, but was boosted a further 85kW to 330kW and 598Nm, with more to give. For now, this is sufficient, and the savage, cat-like whine of the Eaton supercharger scares off any would be competitors in the 1/8th of a mile drags, at which this vehicle is claimed to be the fastest 4×4 in the Western Cape… routinely doing the drag in 7.1 seconds on gravel.

Putting the engine into the bay and mating it to the Patrol’s standard five-speed gearbox and bell housing wasn’t a big issue at all, although the same can’t be said for the headers and exhaust pipes. Custom, handmade headers had to be painstakingly welded to fit into the tight confines of an engine bay designed for a straight six. According to Llewellyn, this was by far the most difficult part of the build, but completely worth it when you hear this beast coming towards you at full taps.

Though she’s a drag special and happiest romping around in big power-sapping conditions like sand dunes, with coils all round and two solid axles, this Patrol is plenty capable on all terrains, including technical rocky sections and hill climbs. We effortlessly climbed the Grade 5 sections (including the infamous ‘Patrol Hill’) at Welgelegen without problem, and straight after that put down some flat-out, Porsche-killing drag times. 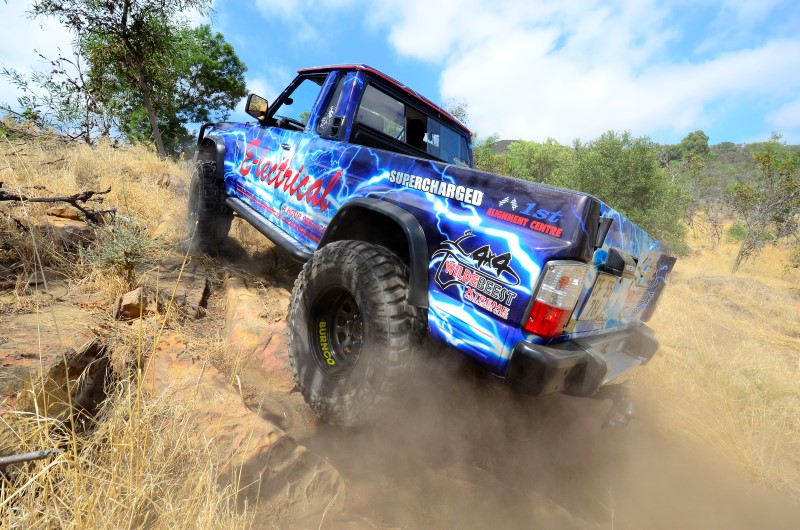 Fortunately, Nissan is known to have one of the strongest drivelines of any production 4×4, so no further modification was necessary to the diffs, transfer case or gearbox.

Most of the re-engineering work – including the fitting of the Nira ECU, uprated radiator, suspension lift and power steering – all fell into Llewellyn’s hands. Next on the list of upgrades to his barbarian 4×4 is to update the interior with modern trimmings, and to fit a banging sound system. Until then, the roar of the supercharged V8 will have to suffice. 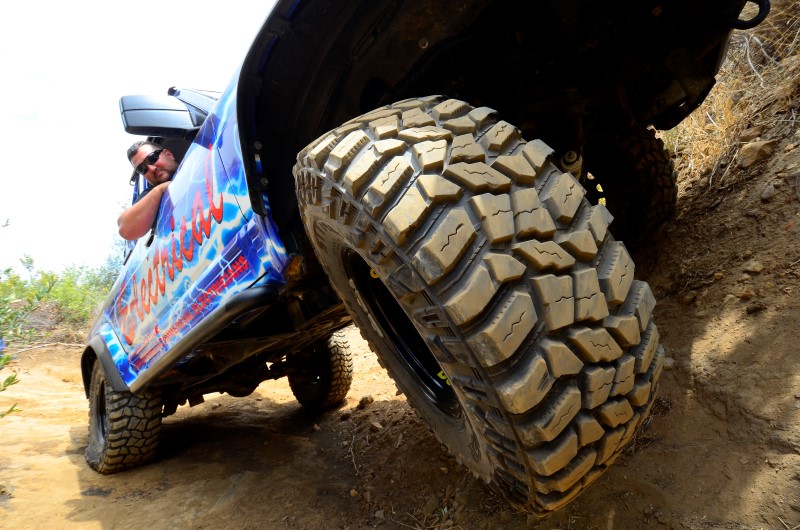