Tyres (and the air inside them) are totally responsible for supporting the weight of the vehicle. If the load rating of the tyre is insufficient for the vehicle which it is fitted to, the tyre may become overheated, resulting in potential tyre failure.

For example, if a passenger-car tyre is selected to replace an OE light-truck tyre on an SUV, the new tyre must meet, or exceed, the requirement for the specific vehicle weight.

However, one should never select a tyre which meets only this minimum weight capability. Always select a tyre that offers a greater, or reserve-load, capacity, which will help the vehicle handle and respond to higher-stress emergency situations.

The tyre’s load rating, or “Max Load”, indicates the safe maximum load-carrying capacity of the individual tyre when it is inflated to its recommended pressure. One should NEVER exceed a tyre’s maximum load rating and maximum allowable tyre pressure. Note that it is the construction of the belts, beads and carcass of a tyre that dictates the ability of the tyre to withstand pressure. The stronger these are, the greater the pressure that the tyre can withstand. 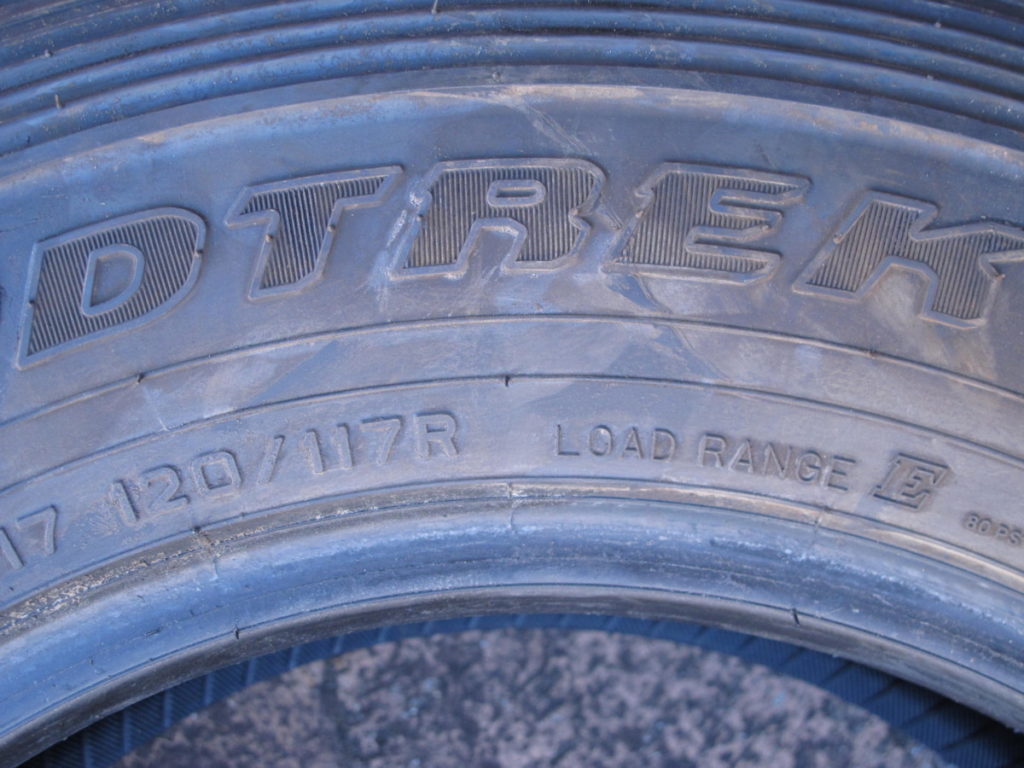 Most alpha-numeric tyres feature a load range of B, which indicates that they are restricted to the load that can be carried at a maximum inflation pressure of 2.2 bar. C, D or E tyres (generally intended for light truck applications) are capable of carrying greater loads.

The load-carrying capacity of P-metric tyres is rated as either Standard, or Extra Load. Standard Load tyres are limited by the load that can be supported with a maximum inflation pressure of 2.4 bar, while tyres that are rated Extra Load are limited to the load that can be carried at a maximum inflation pressure of 2.8 bar. Generally, a Standard Load tyre will not have a special designation mark, but Extra Load tyres will feature an “Extra Load” (XL) marking at the end of the tyre-size identifier – for example, LT245/75R15 XL.

It’s important to note that a Standard Load tyre (with a normal inflation-pressure recommendation of 2.4 bar) may be marked with a maximum inflation pressure of 3.0 bar. This does not indicate an increase of the tyre’s load-carrying capacity, but indicates the ability of the tyre to handle higher inflation pressure in order to accommodate special performance requirements.

Load ratings are also shown by an index. This index, set out by The European Tyre and Rim Technical Organisation Standard, and applicable in South Africa, is freely available online for those who want to match the rating to the permissible load. Generally speaking, the load indexes of tyres on passenger cars and light trucks range from 70 to 110.

The sidewall markings of a speed-rated tyre will first indicate size, followed by the load rating index, and then the speed rating. For example, a Cooper ST Maxx tyre stamped with LT265/75R16 123Q indicates that this tyre carries a load rating of 123 (1550kg) and a speed rating of Q (160km/h).