The battery is at the centre of all our energy requirements in our vehicles. Battery technology is changing fast in various energy-storage markets, but owners of recreational vehicles still choose lead acid batteries, mainly because of cost and availability. 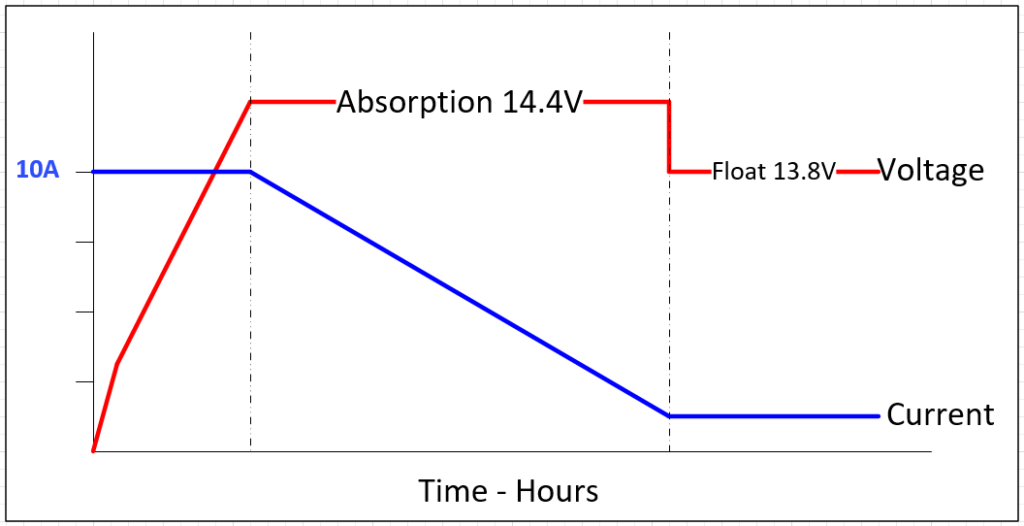 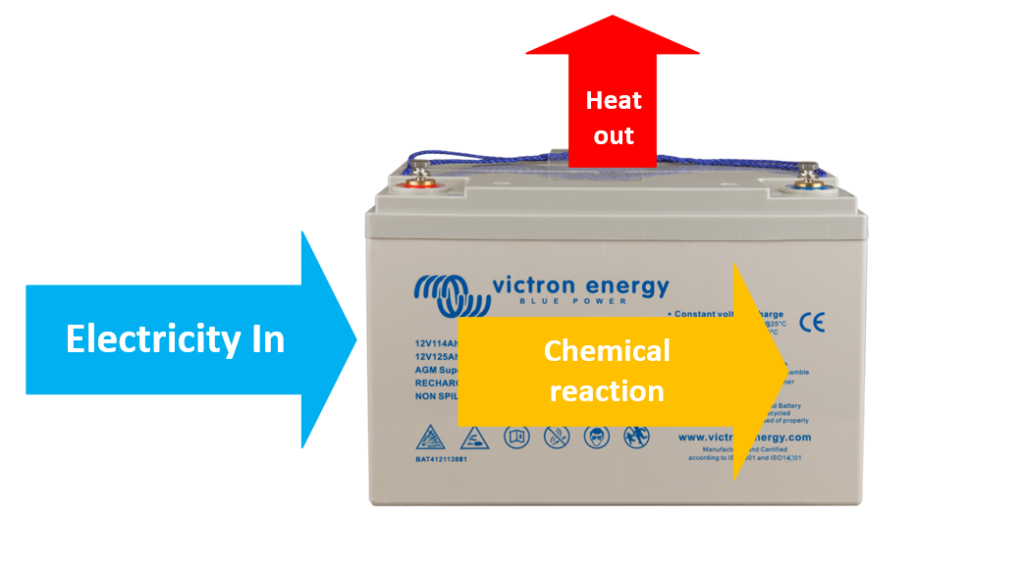 Fig 2: Efficiency – what happens during charging.

Recharging methods vary from AC chargers (connected to 240 Volts AC current), to battery combiners (such as the National Luna solenoids or the Victron Cyrix relay), and on to DC-DC chargers and solar power.

Battery Chargers are becoming more intelligent: they sense the battery status during charging more frequently than before, and thus adapt the charge process to ensure proper charging.

In the conversion of electrical energy to chemical energy when charging a battery, certain factors can negatively affect this energy transfer. These factors affect the charge process, which consists of three stages or phases: Bulk, Absorption and Float.

The battery will absorb all current being charged, although too much current means that excessive heat will be built up inside the battery, which will cause corrosion of the plates. This is because, when the electrolyte (battery water) is not a concentrated acid (as it is when fully charged), it will decompose or ‘evaporate’, exposing the plates which then ‘rust’, creating a dead area inside the battery. Too-little charge current will also build up heat, as the very slow rise in voltage will interfere with the electrical-to-chemical energy conversion process and build up heat.

As you can see from Fig 1, at the end of the bulk phase the charge current is at max, and the Voltage will also be close to max − which means heat will be generated. This heat and constant voltage activates the ions on the plates and the battery water, enabling the ions to recombine with battery water to make a strong acid again. This phase could take up to FOUR times longer than Bulk charge. Only then will the battery be at about 95% of its capacity. Note that at 14.4V, the battery is not fully re-charged.

3. Float stage: Constant Voltage (with decreasing current to almost zero) In this phase, Voltage drops distinctly lower and the current drops even lower − to almost zero. The battery water ‘relaxes’, so to speak, but remains active with slow bubbling.

Victron Energy battery chargers, MPPTs or AC chargers use an adaptive characteristic which monitors how the battery is accepting the charge current, then adapts the current and voltage as required to ensure that the battery does not heat up. This process starts new on each charge process – which means that it will charge only what the battery requires each time, and not act on a fixed charge profile. Temperature compensation is active during this process.

Lead acid batteries are inefficient because of this heat build-up. In fact, up to 30% of the energy we are trying to replace is lost through heat. This also means we need to replace up to 30% more energy on every recharge.

This is where users make a mistake in using Voltage as an indicator of battery status. The fact is that, as batteries get older, their efficiency decreases. (A good comparison is a elastic band; if you stretch it too much, it gets hot and loses its original form.)

It is also vital to choose the right size (output) charger for the battery. A Victron Rule of Thumb is that charger current output should be 10% of the battery’s size in Amp Hours. This enables recharging in as short a time as possible, without the build-up of too much heat, while still supplying enough current to facilitate the charge (chemical reversal) process.

Instead of a simple volt indicator, we recommend using an A/H meter, like a BMV700 series battery monitor, to measure how much energy is being taken out of the battery in A/H and again being replaced during charging. The BMV-700 is programmed according to the efficiency of the battery.

Written by Andre du Rand, Area manager southern Africa for Victron Energy. To contact Andre, fill out the form below.