The western bank of the Zambezi River in Zambia is one of the least developed and poorest regions of that country. It’s a place where the roads, wildlife and tourism industry all need a lot of help. Bush editor Patrick Cruywagen finds out whether going there is worth the bother.

I don’t have a bucket list but there are a few things I’d still like to do on this continent. One is to drive it from bottom to top, another is to attend the famous Kuomboka festival near Mongu. It normally takes place around Easter when the Zambezi River is at its highest, covering the green and fertile floodplains which are home to the Lozi people and their king, known as the Litunga, during the summer months. This flooding forces a ceremonial royal relocation in the form of a colourful royal barge powered by hundreds of paddlers. 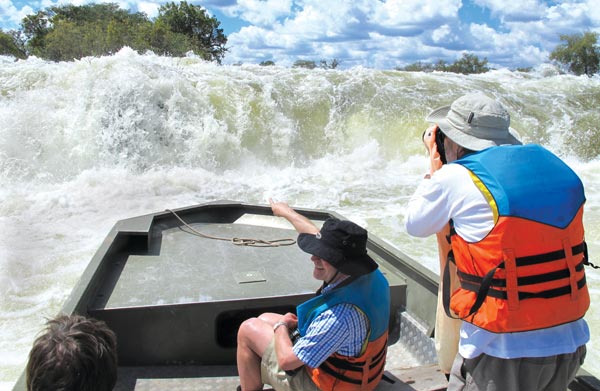 After a few unsuccessful attempts to attend the event in previous years I decided that this was the year. General Motors kindly provided us with an Isuzu KB for the trip and Pieter du Toit, the owner of Kabula Lodge, which lies about 10 kilometres north of Mutemwa village, kept me in the loop as to when the ceremony was likely to take place. The king usually announces the date a few days beforehand. Eventually the call came through that the date hadn’t been announced but that everybody expected the Kuomboka to take place on 13 and 14 April. So I prepared accordingly…