As four-wheel drive systems have evolved over the years, many different variants have surfaced to do essentially the same job: distribute power to all four wheels. How this is achieved through various systems affects vehicle dynamics on- and off-road. Last month we explained how electronically-controlled clutches automatically distribute power, a system typically used by All Wheel Drive (AWD) soft roaders, which are not equipped with low-range gearing.

In this article we explore how the mechanical Torsen (TORque SENsing) differential works, what its benefits are and its application – typically on large SUV-type 4x4s with longitudinal drivetrains, low-range gearing and permanent four-wheel drive (4WD).

Having a fail-safe centre differential is at the core of permanent 4WD technology; one which allows the wheels on the front and rear axles to follow a different path to prevent transmission wind-up, but which can also lock front and rear when traction is variable.

An invention patented by American gear boffin, Vernon Gleasman, in 1958 provided a solution. His unique combination of worm wheels and worm gears allowed for axle speed differences just like an open differential, but locked up automatically when there was inter-axle slip. It was a purely mechanical system, acted immediately, and was very robust.

Gleason’s ‘Dual-Drive Differential’ was initially manufactured by Gleason Power Systems, and then by Torsen Traction, which became a subsidiary of JTEKT over the course of mergers and acquisitions (via Zexel Corporation of Japan, then Bosch Automotive Systems and Toyoda Machine Works, followed by a merger with Koyo Corporation to form JTEKT Corporation in 2006). Torsen Traction now supplies helical gears to customers in Europe, Asia and North America, including Toyota, Audi, Ford, FCA, GM and BMW.

That’s the business side, but what really got the Torsen concept going in the 80s was its adoption from 1983 on AM General’s then-new military vehicle, the Humvee (High Mobility Multipurpose Wheeled Vehicle). From the civilian side, there was a push from Group B rallying, in particular Audi’s early adoption of this new centre differential technology for its winning 4WD Ur-Quattro. Increasingly more sophisticated versions of the first symmetric 50:50 torque split diff were used on road-going Audis from 1987. 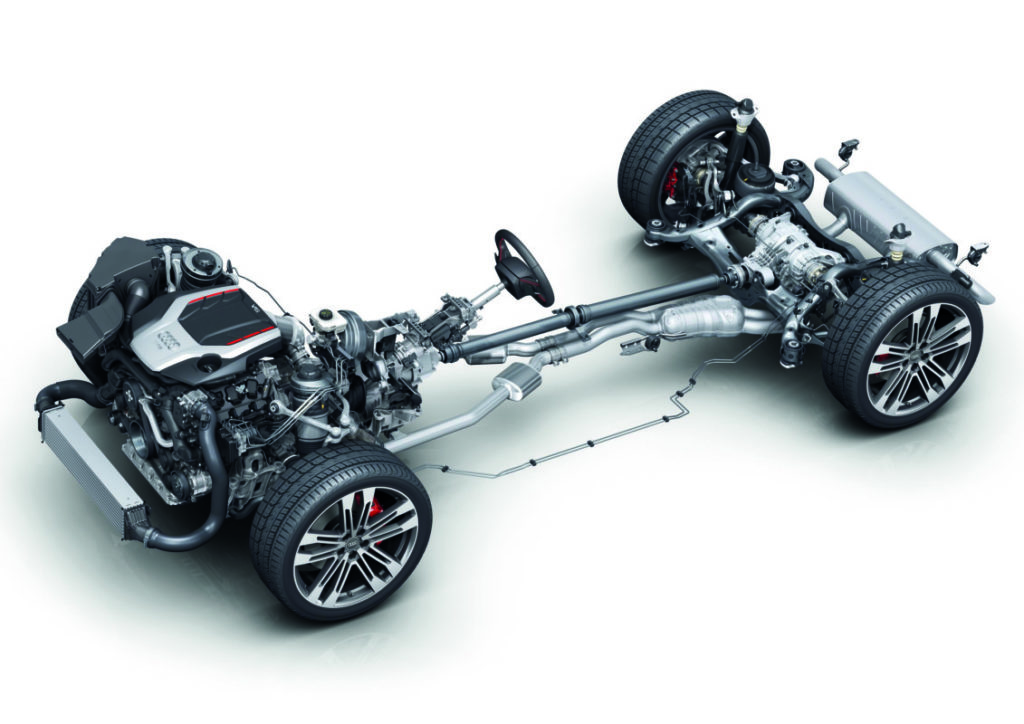 In Audi models with a longitudinally mounted front engine, the heart of the quattro drivetrain is a self-locking center differential.

Mechanically self-locking, the Torsen differential automatically regulates torque distribution between drive axles or between wheels on one axle according to demand. Being ‘torque sensing’, the differential sends power to the wheel with the most resistance by responding almost instantly to variations in rotational speed and torque.

The Torsen diff works as an open differential most of the time when equal torque is required between axles. When one wheel spins faster than another on the same axle, the torque difference causes a thrust force causing the helical gears to bind together with the worm gears in the differential, sending power to the wheel that is spinning at a slower rate. The design of the gears determines what is called the Torque Bias Ratio (TBR), which can be tuned according to application.

In the case of the AM General military Humvee, Torsen differentials are fitted on both the front and rear axles, negating the need for diff-locks and reducing driver input. The immediacy of response also makes the Torsen ideal for high-performance applications.

The main drawback of a Torsen differential in off-road scenarios is that when no torque is sensed on a wheel or on an axle, the differential will not lock up. This means that in a situation where the front axle has zero traction and the rear axle has 100% traction, the front wheels may still spin and the vehicle will not move forward. A quick touch of the brakes to load up the diff will resolve this issue and send power rearward once more. Though capable of sending more power to one wheel/axle than another, a Torsen will never achieve a 100% lockup as a diff-lock would, so may be less effective in the most extreme scenarios.

There are now four main types of Torsen differential on the market, each using a different form of helical gearing to suit different applications. Over the years, designs have also evolved to become more efficient.

At the core of the design is what is known as an ‘Invex’ gear train. This comprises central helical gear (side gears) which are meshed with two or more pairs of worm-type satellite gears (known as element gears). These element gears are interconnected by straight-cut spur teeth, which provide the necessary kick back when torque differences are applied to the gear arrangement.

Type A is the original Torsen design and is no longer used on modern vehicles. Using crossed axis helical gears, it features a combination of cross axis and spur teeth to generate friction as mating teeth slide across each other. This system, though robust, is noisy in operation and suffers from high levels of backlash – fine for rallying, not road use. 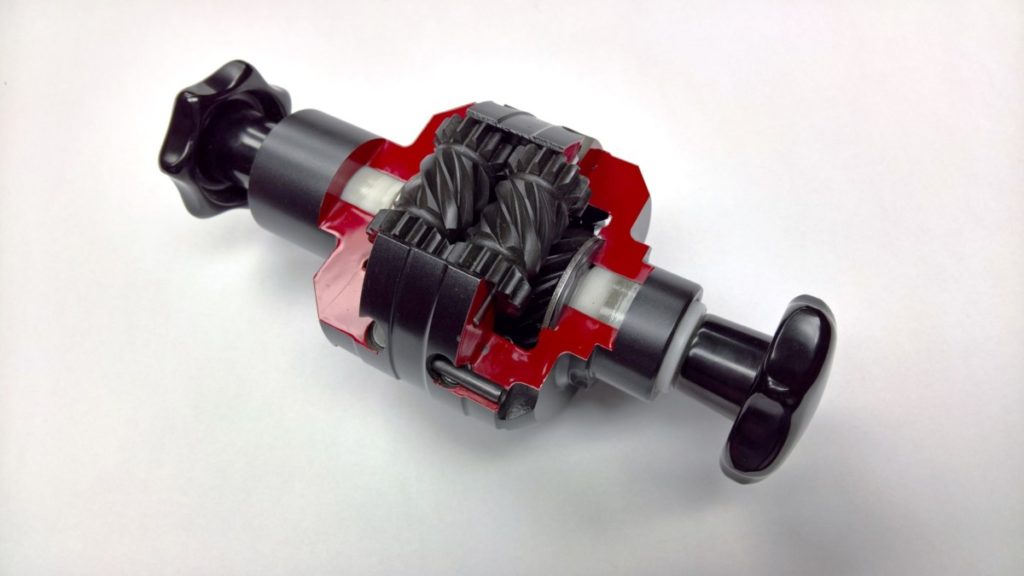 Type B differentials evolved to use a more common parallel axis helical gear configuration. Dubbed ‘Equvex’ by the manufacturer, these offer lower levels of inter-gear friction and less noise, making them suited to front-axle applications where the load difference between wheels is typically less than on a rear axle. Type B represents the most common Torsen differential in modern vehicles. An evolution of this type is known as the T-2R, featuring split parallel axis gears, and tunable friction characteristics. 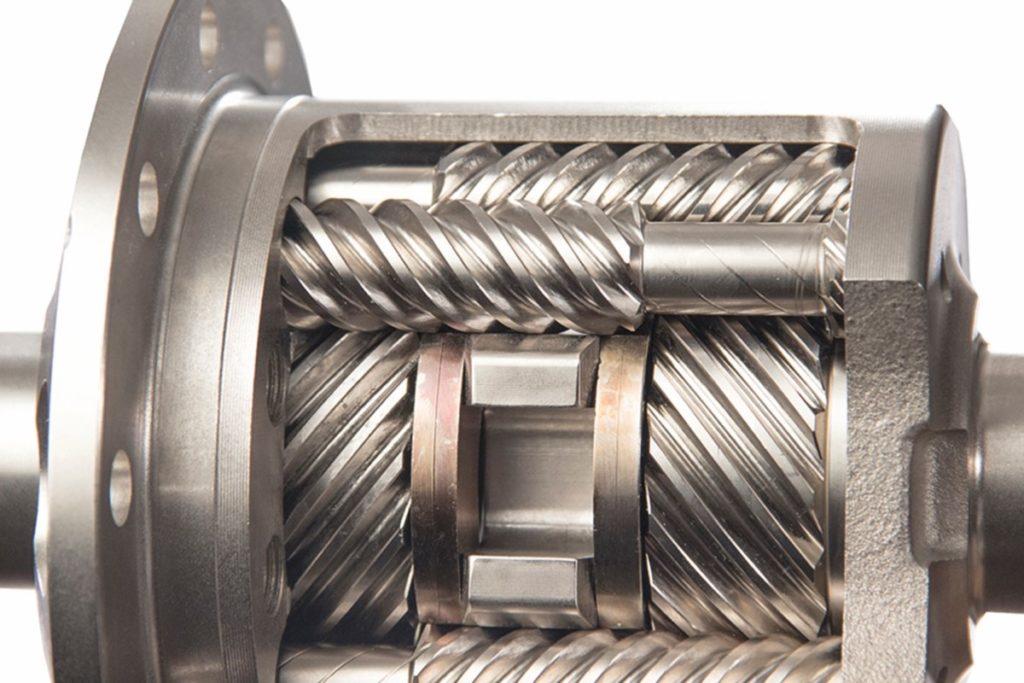 Most OE applications on larger 4WD vehicles use what is now known as the Type C Torsen differential. Used primarily as a centre differential, here the worm wheels and worm gears are arranged in a planetary style. Power from the gearbox drives the outer planetary gears, which in turn drive both the sun gear connected to the front axle and the inner gear connected to the rear axle. Because the inner gear has more teeth than the sun gear, an uneven torque split is possible, as the specific torque split is proportional to the number of teeth on the two gears. This neat set-up means the Type C can distribute a larger percentage of torque to either the front or rear axles to suit different dynamic requirements. For instance, Audi’s Q7 sends 60% of torque to the rear axle and only 40% to the front during normal driving conditions. 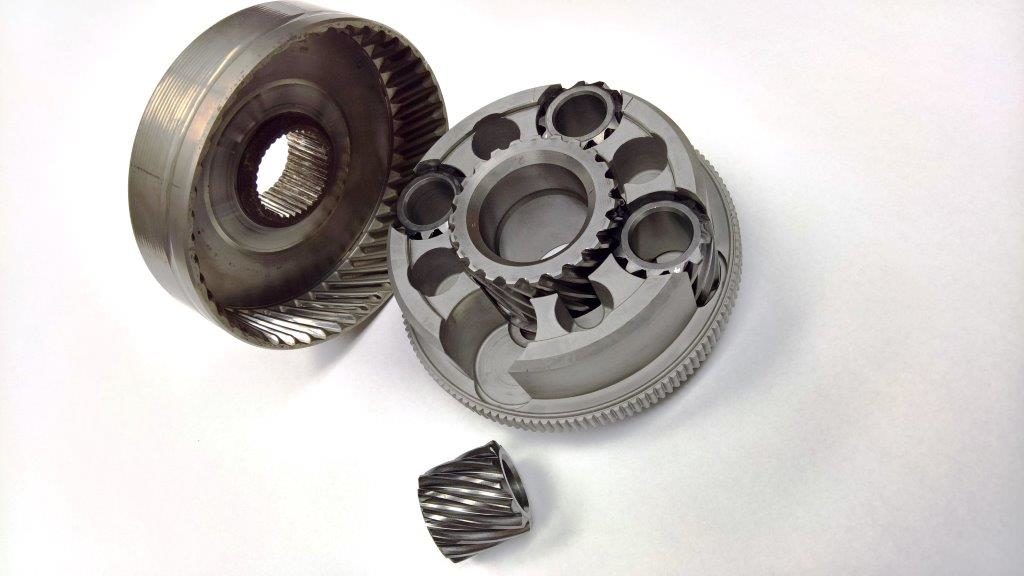 APPLICATIONS IN THE INDUSTRY

First introduced commercially for the AM General military Humvee in 1983, the Torsen differential has seen widespread use in both performance road cars, rally racing vehicles and modern 4WDs. For larger permanent 4WD vehicles such as the Land Cruiser 200 series or VW Touareg, the Torsen is perfect as it provides 4WD traction all the time without driver intervention or torque windup on tarmac surfaces.

The Volkswagen Automotive Group (VAG) is the biggest consumer of Torsen products today with applications in all of their large SUVs, including the Bentley Bentayga, VW Touareg, Audi Q5/Q7 and the Porsche Cayenne, which all share a similar platform. Toyota uses Torsen diffs for its 200 Series, Lexus GX, the 4Runner, as well as the manual version of the FJ Cruiser. The big-body Range Rover also uses Torsen as does the latest Mitsubishi Pajero – amongst a number of other cars, SUVs and bakkies.

Though the Humvee used Torsen differentials on its axles, almost all modern 4WDs equipped with the system use it as a centre differential, distributing power fore or aft as required. Traction control then takes care of wheel slip on an individual axle, making the Torsen system even more effective. 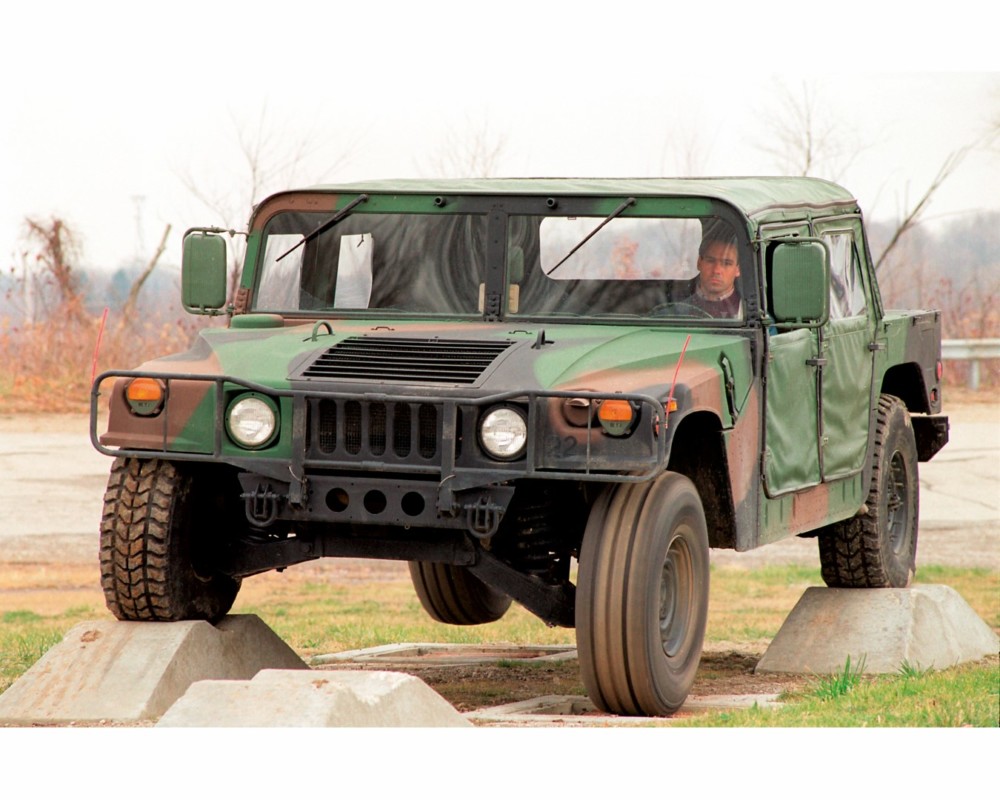 Crossed Axis Helical Gears – Used in vehicle transmissions to transmit power between gears not intersecting on a non-parallel axis, such as the crown wheel and pinion of a rear differential. Teeth are cut at an angle so two gears can mesh smoothly, which means they are quieter than straight-cut Spur gears, but cannot handle the same loads.

Parallel Gears – Refers to any gear arrangement where gears run parallel to each other. Spur gears are an example.

Planetary Type Differential – Consists of two gears mounted so that the centre of one gear revolves around the centre of the other. The centre gear is known as the sun and the smaller gears rotating around it are known as the planets (or pinion gears). They are all surrounded by a ring gear with inward-facing teeth that engage the pinion gears. Simply put, the sun gear is fixed and the planet gears roll around it. This is the basis of all automatic transmissions.

Spur Gears – Straight-cut teeth gears mounted on parallel shafts to transfer power and reduce or increase output speeds. These gears are extremely strong but create a loud whining noise when engaged, as you’ll notice when reversing in many small cars.

Worm Gears – A toothed wheel worked by a short revolving cylinder (worm) bearing a screw thread. Worm gears have an interesting property in that the worm can easily turn the gear, but the gear cannot turn the worm. This is because the angle on the worm is so shallow that when the gear tries to spin it, the friction between the gear and the worm holds the worm in place. Hence their application in the Torsen differential. 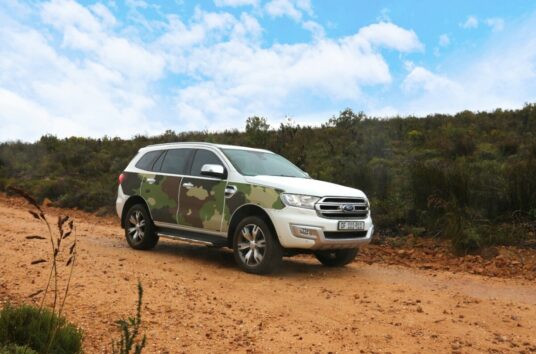