By now a well-established event on the South African 4×4 calendar, the Spirit of Africa is a chance for two-person teams from southern Africa to test their precision off-road driving skills to the limit at a game farm outside Mbombela (Nelspruit), and gain a chance to participate in the prestigious international finals. 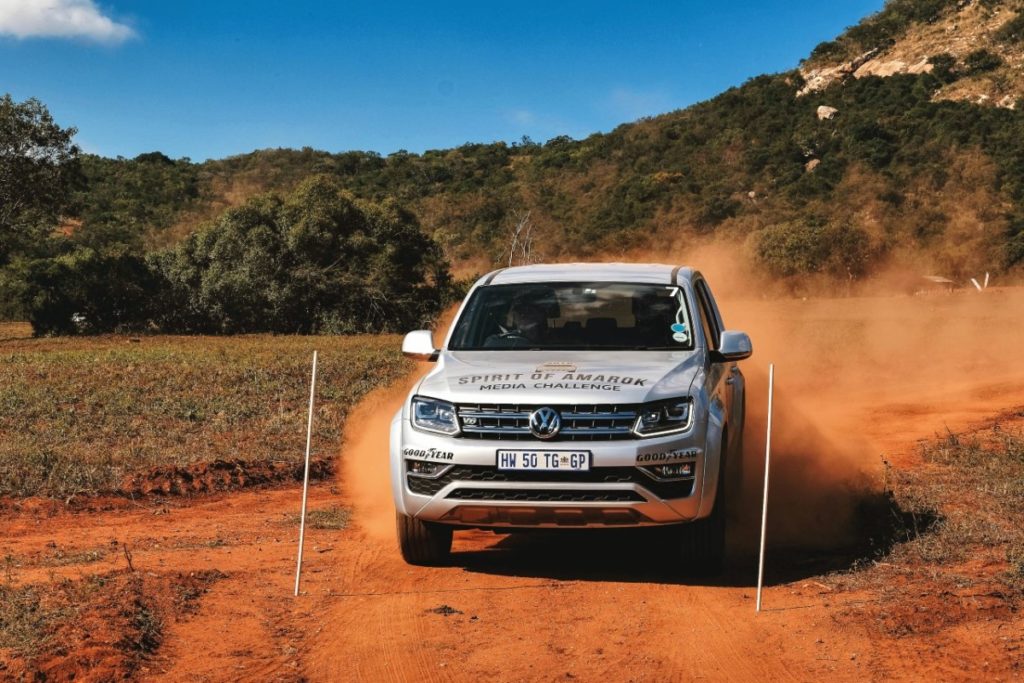 Over 25 elimination rounds, starting in April, more than 400 teams are whittled down to just 20 of the best-scoring teams. These then go on to compete for top honours at the International Spirit of Amarok Trophy which takes place in August, against teams from countries as diverse as Australia, Germany, Russia, Taiwan and Denmark. 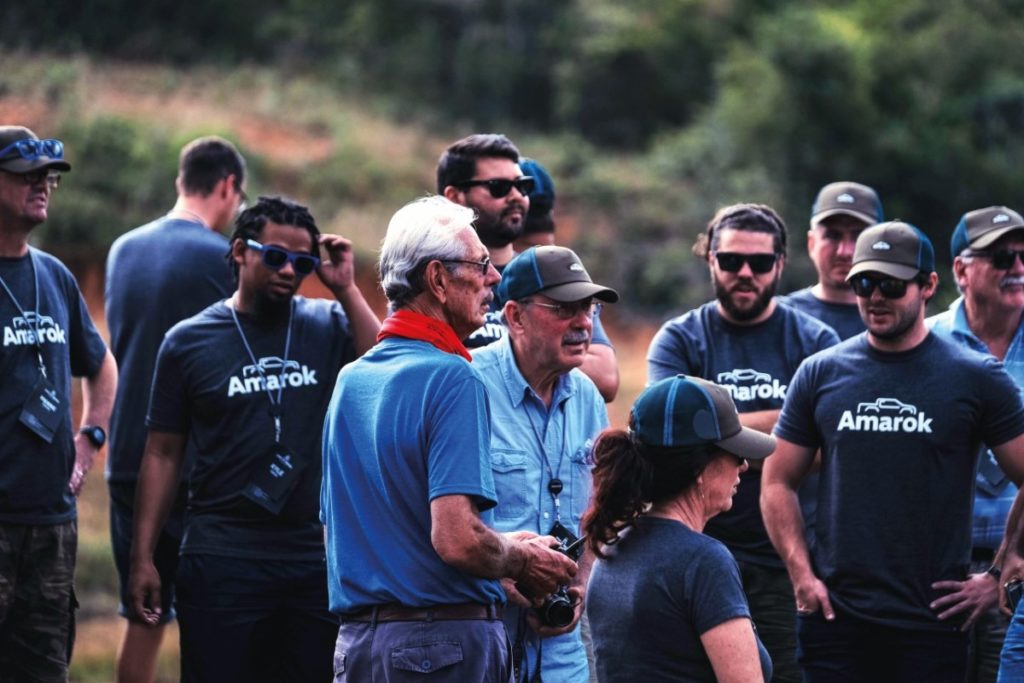 The brainchild of local rally legend Sarel van der Merwe, who started the concept in 2004, each team is tested to breaking point on timed speed and technical sections. The team which has fewest penalties scored at the end of the final international event wins the coveted Wolf Trophy – which represents the qualities of strength and determination associated with the giant wolf of Inuit mythology, and cements the link with the Amarok name.

To get a taster of the main event, we journalists from around the country competed in a Media Challenge that pitted our skills against each other, similar to the contestants in the Spirit of Africa event. Just as contestants would, our technique, technical driving, high-speed driving and various challenges were scored. 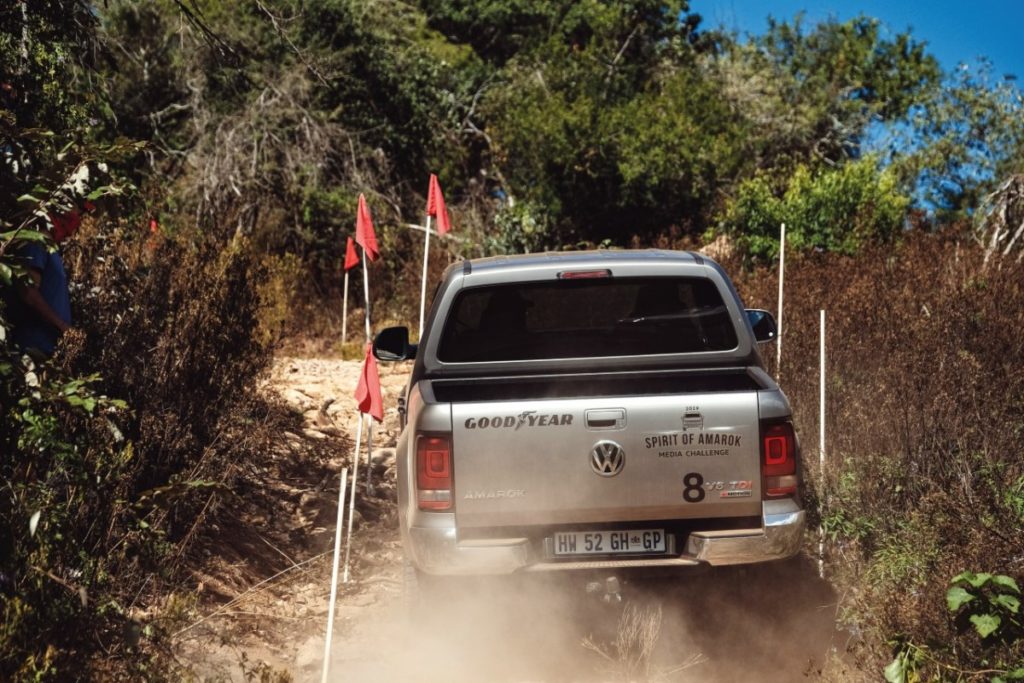 The drill was to make it through the same route as contestants do and navigate between poles in extremely technical conditions, then move on to various ‘rally-style’ stage events where speed is paramount. Hitting a white pole would take ten points off your run, a red pole docks 30 and a roll-back 20 points. The team with the most points at the end of the day is the winner. 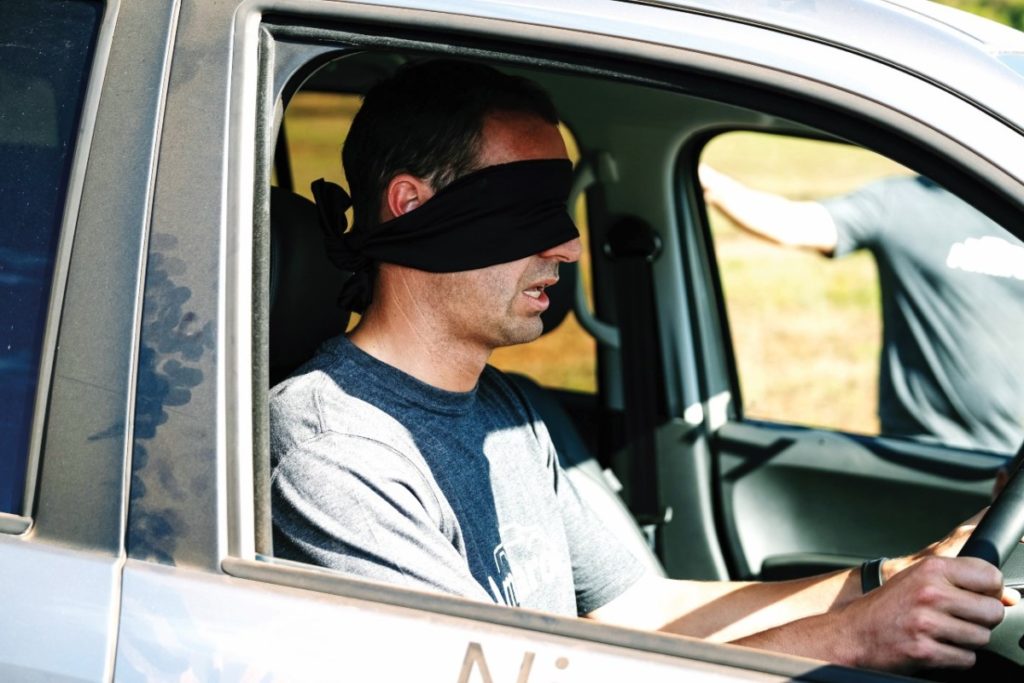 One of the more challenging tasks was the ‘reverse blindfold’ where the navigator would issue instructions to a blindfolded driver to get through an obstacle course in reverse. Plenty of shouting and hitting of poles ensued, with only one team making it through unscathed.

Apart from dishing up loads of adrenaline in the great outdoors, the Spirit of Africa event sets out to prove the capabilities of the VW Amarok. This was the first time the V6 had been used by competitors, and despite being an automatic with no separate transfer case (no low-range gearing), these permanent 4WD double cabs exceeded all expectations – especially in the technical sections where the low first-gear ratio and high torque-output made crawling effortless. High-speed sections often saw all four wheels spinning off the line as 180kW (on overboost) overwhelmed the tyres. Along with a potent V6 turbodiesel, the Amarok features best-in-class off-road tech, including off-road ABS which worked hard in the rally stages. 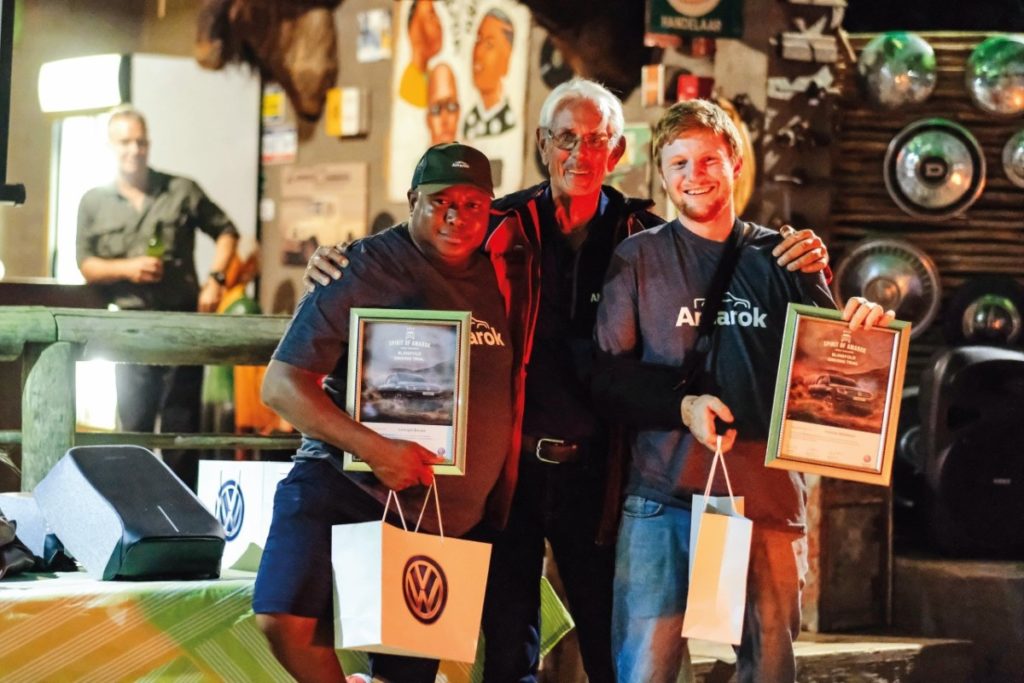 Consistency proved its worth in the Media Challenge, and the most successful teams took a cautious approach. SA4x4 didn’t manage to scoop the title, but walked away proudly with the Spirit Award and a win in the reversing blindfold challenge.

Proving itself popular with the leisure market and those who need big power, the 165kW/550Nm V6 Amarok is also a capable 4×4 with comfort to match. An eight-speed ZF automatic makes shifting effortless, and the 4Motion system sends power permanently to all four wheels in this model, providing fantastic traction in all conditions, whether on- or off-road. VW Commercial Vehicles has sponsored the Spirit of Africa Trophy since 2010, using the Amarok, and 2019 is the first year the V6 has been used.

Bookings for the 2019 Spirit of Amarok Trophy are open with the final event in August this year. The event is open to all South Africans and international visitors. The venue, Cussonia Private Game Ranch, is situated approximately 38km east of Nelspruit, and has been hosting teams up until mid-June. So, if you’re quick, you may still be able to get a spot!

It costs R8500 per team to enter the Spirit of Africa Trophy on weekends, and R7000 on weekdays. The entry includes use of an Amarok V6, all meals and tented accommodation. 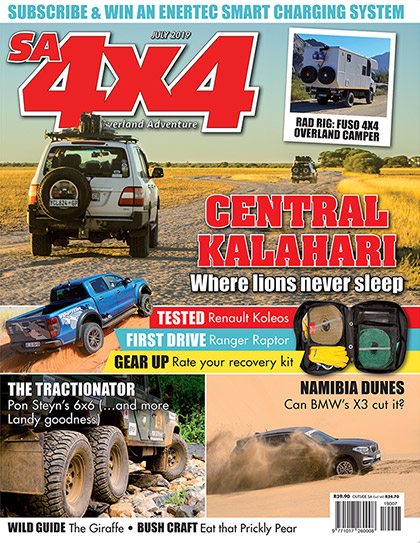