A few weekends ago we had the pleasure of once again travelling to the Tankwa Karoo. The Tankwa is a very special place for us. It’s where my fiancé Simon and I had one of our first Rolbos Overland adventures, which led to me penning our first blog and the two of us becoming full-time explorers.

This time around we decided to try something new and travel along the Old Postal Road. Our final destination was a campsite called “Die Mond” situated on the banks of the Groot River.

We left promptly at 06:00 on a Friday morning, taking the N7 out of Cape Town to Clanwilliam. We made a pit stop, had some breakfast toasties and then took the R364 towards Pakhuis Pass which connects to Calvinia. This pass leads past De Pakhuys which is regarded by climbers as a bouldering Mecca. When the weather starts cooling down outside of summer, it’s why you frequently find small rental cars, piloted by many foreign climbers, being driven out of their comfort zones on the surrounding gravel roads.

After the Pakhuis Pass, we took the turnoff towards Wupperthal on the short and steep Hoek se Berg Pass. We then crossed the Biedouw River and turned onto the Old Postal Road 17km before Wupperthal. Be careful not to miss the turn-off as the road isn’t marked. Luckily it is tagged on Tracks4Africa. 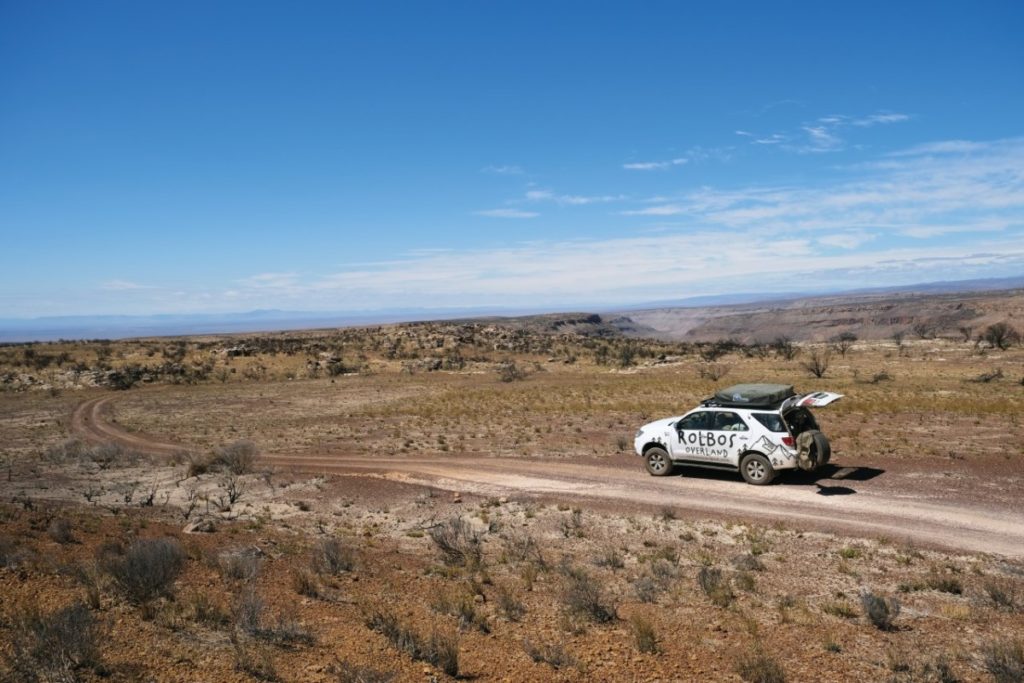 The Old Postal Road is a historic Karoo-Cederberg route; a 53km gravel track connecting the Biedouw Valley in the Cederberg with Eilandsvlei Farm near the R355 in the Tankwa Karoo. This route was in the past used to deliver post between these two remote communities. The track has been maintained, though it is advisable to use a high-clearance 4×4. It is amazing as you drive this route to realise that this terrain was regularly crossed on foot – the landscape is barren, though extremely beautiful in its vastness and simplicity. 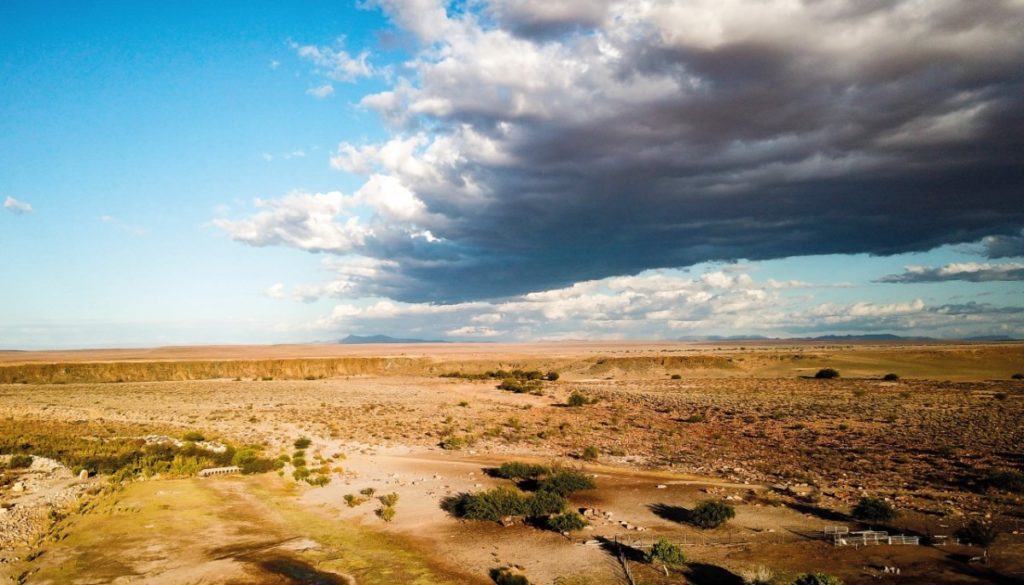 There are a few things that make the Tankwa truly special, and one of them is the plant life. It is the only arid region in the world to be recognised as a biodiversity hotspot. These so-called hotspots cover just 1.4% of the planet but contain 60% of its land-based species. We made sure to stop along the way and admire the abundance of flora. 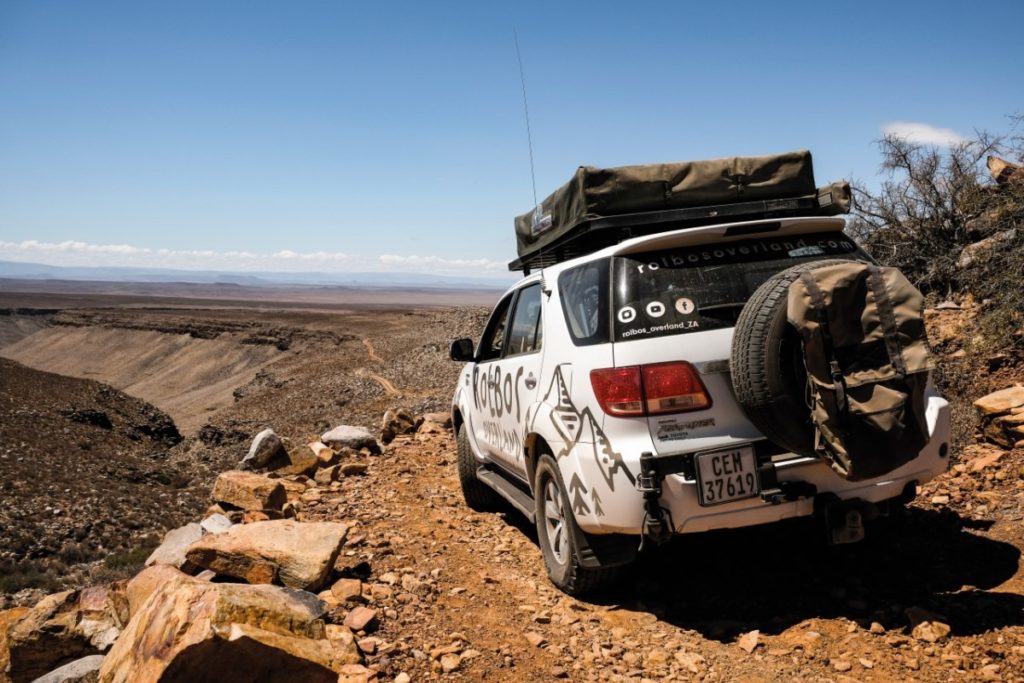 We stayed on the plateau and started our descent down into the Tankwa valley via the Karretjies Pass, before crossing the Tra-Tra and Koeskop rivers. This was during Autumn, so we found the riverbeds dry and the crossing not difficult. During winter, or after a bout of heavy rainfall, this road can become impassable. We continued along our way and drove along an unmarked road that loosely followed the Doring River to finally reach “Die Mond”. 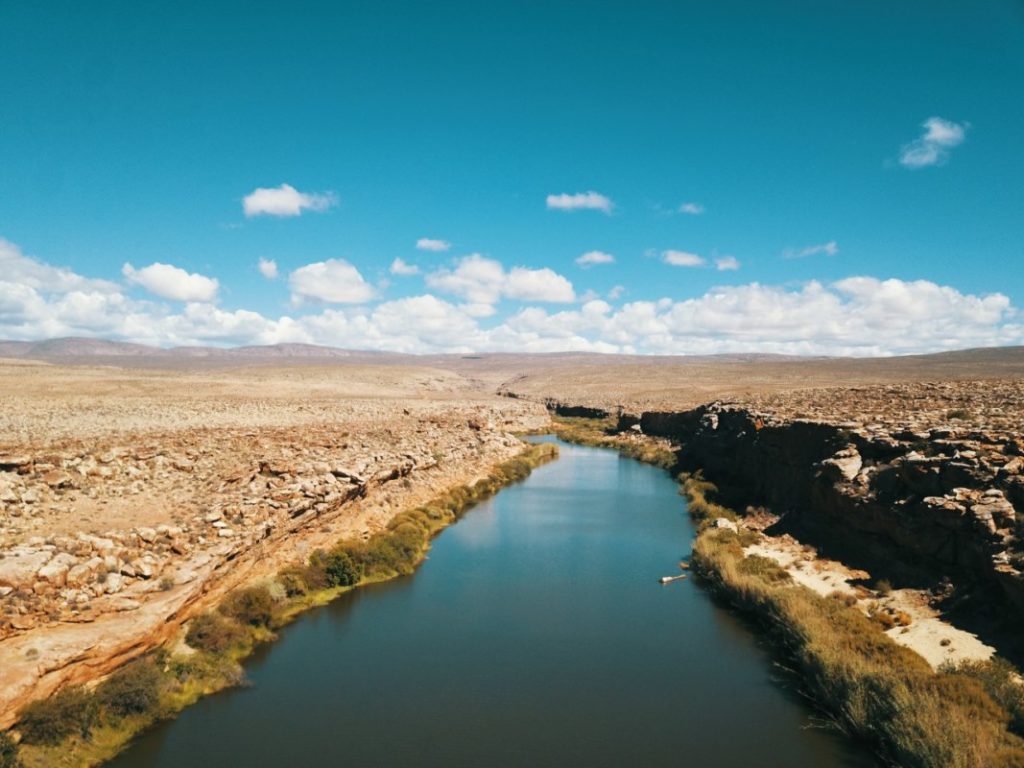 If you have been to the Tankwa, you will know this region is desolate, with flat plains stretching out from any vantage point as far as the eye can see. That said, our weekend destination was something altogether different. The Matjies and Groot rivers meet on the farm, forming a large body of water, with the campsite sited on the river banks at this juncture. The camp spots have luscious green lawns and lots of shade, with access to the water for kayaking, swimming and fishing. Even better, there is no cellphone reception, making De Mond the perfect place to switch off and escape from the hustle and bustle of the daily grind.

After arriving on Friday afternoon and setting up camp, we were happy to find we were the only ones there for the weekend. The view from the bank was amazing, and we spent the rest of the afternoon swimming and relaxing. The water is surprisingly deep. In the evening we lit a fire, got comfortable in our camping chairs, poured ourselves a glass of wine and had an awesome braai. Afterwards, Simon and I relaxed and did some stargazing, an essential Rolbos camping pastime.

On Saturday morning we went for a hike along the river, taking some detours to the surrounding cliffs where there is quite a collection of San rock art. A good opportunity to take some photographs; another of our passions. If anything, the weather was better than the previous day: the proverbial calm before the storm. By early afternoon I had started on making a hearty lamb potjie. By the time it was finally ready and we had enjoyed our evening meal at the camp table, complete with a bottle of wine, the wind was howling. The weather forecast was for rain for the following morning so we snuggled up in our rooftop tent and went to sleep.

We woke on Sunday morning to a light drizzle and pumping wind, so speedily packed up. I headed off for a quick hot shower, and by the time I got back to the packed Fortuner, where Simon had just finished loading the last of our gear, it was really pouring.

We drove out of “Die Mond” with an extreme sense of excitement: we were in the middle of a thunderstorm in the Tankwa Karoo!

On the 50km drive to our next pit-stop, the Tankwa Padstal, the air was rich with the smell of petrichor, and thunder was rumbling through the air. Heavy clouds were unleashing barrages of rain, turning the road into a river.

Each time we jumped out of the car to open yet another farm gate, we were newly drenched. Though progress was slow, we were happy to at last turn into the entrance of the Tankwa Padstal – a place close to the hearts of most travellers in this area. It was packed with fellow adventurers seeking shelter from the rain, including some brave bikers who were waiting for the worse to stop. 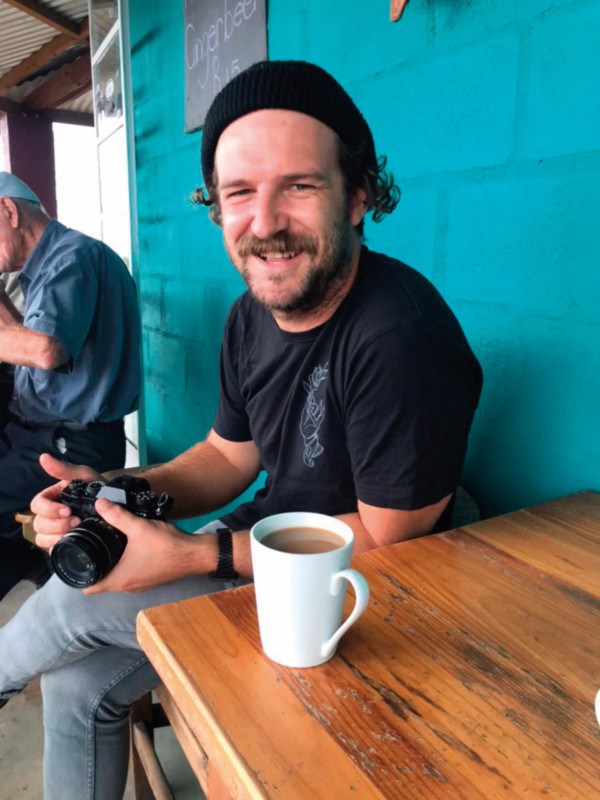 It’s always a pleasure to visit this Padstal, where you can get a hearty meal, pick up some tasty treats and feast your eyes on all the knick-nacks. If you feel like something stronger there’s a characterful bar at the back where you are sure to find good company. We sat down for a delicious cup of moer coffee, watched the rain and reminisced about our previous trip to the Tankwa almost exactly a year before when we also experienced the first rain of the season. A strange coincidence!

After a crash-course on permaculture from owner Hein, and more time watching the rain patter down, I did my customary stock-up on liquorice and Wilson toffees.

We had decided not to go straight to Ceres, but to take the Peerboomskloof Pass which passes the Kagga Kamma Nature Reserve and leads down to Oppieberg via the Katbakkies Pass. The road is isolated and offers breathtaking scenery, punctuated by a number of abandoned stone structures. The massed clouds and stormy weather made it an even more rewarding drive.

We drove all the way back to Cape Town and the rain never let up. As always, we had an amazing time in the Tankwa and we will be back soon to do some more exploring. It proved yet again that you don’t need to travel far to experience the type of space and remoteness that the Tankwa provides.

One thought on "Tankwa time-out"