Home » Whale of a Trail

Although not technically on the beach, the Walker Bay Trail follows some truly spectacular coastline along the Western Cape’s eastern shores. Reopened in September ‘08, the trail’s as close as you can get to actually driving on the beach in the fairest Cape, and is a huge amount of fun behind the wheel of a 4WD.

Rich in heritage, the reserve marks the spot where stone-age people living in the area thrived on shellfish and edible plants some 85 000 years ago. In more recent history, the area was home to the indigenous Khoisan folk. Both historical groups took refuge in the nature reserve’s far eastern corner, in a cave known as Klipgat. These days, however, the park attracts keen fishermen and the odd off-road enthusiast enticed by sandy roads of solitude.

On leaving the eclectic town of Stanford, via a 17 km pockmarked gravel road, you immediately become aware of the area’s tranquillity and back-road country feel. Spanning 4 300 hectares across endless shoreline, sand dunes and rock formations, the reserve’s expansive beauty could soften the heart of a prize-fighter.

Following the above-mentioned gravel track, you eventually arrive at a small guard hut and boom gate. Expect to find a uniformed official manning the gate, as the trail is managed by Cape Nature. A low-cost fee of R50 is charged, and after you’ve scribbled down your 4×4’s registration number, you’re free to lower your tyre pressure and enter the reserve.

A single track bears south from the park’s boundary fence, and along this route you’ll find several forks in the road that lead to various picnic / parking spots. 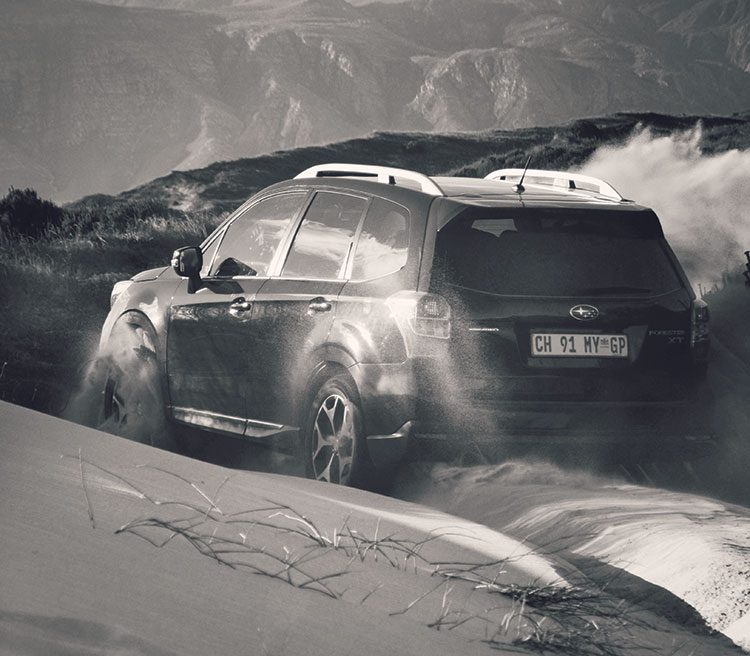 It’s while you’re exploring these side-tracks that the going gets interesting – certain parts of the trail are buried in deep, soft, tyre-swallowing sand that proved mildly challenging to our heavily-laden softroader. Although considered a fishing trail and not really a 4X4 track, some moderate skill is needed to negotiate small sandy inclines, off-cambers and rutted tracks. Naturally, with your tyres deflated, it’s a relatively easy drive, but a fun one nonetheless.

Situated in the reserve’s LeBos section, the trail’s original purpose was to aid fishermen on their way to the big catch. The area still serves as a prime fishing spot for anglers, who have a choice of four locations along the drive: Die Polle, Sopiesklip, Grootduifklip and Kleinduifklip.

En route to Die Polle, you’ll find a tall dune shifted by high winds so that its base obstructs your way on the track. However, with a heavy right foot, lots of momentum and plenty of sand-flinging smiles, we conquered the thick sand with ease.

De Polle also offers magnificent views of a lonely windswept bay, stretching from Gansbaai (in the east) to Hermanus (in the west). The greater Hermanus area is one of the world’s premier whale-watching sites, and these giant creatures calve between July and August. However, the Bryde’s whale and occasional Orca can be seen all year round.

If you’re the rod-and-tackle type, you have a good chance of reeling in a large kabeljou, white steenbras, or the highly-sought-after winter fish, galjoen. Fishing permits can be bought at the Stanford post office.