In the Ranger wars, does the Wildtrak’s more potent engine, bling trim and array of driver aids justify a R100k plus premium over the XLT?

We’ve been driving a lot of the new Ford Rangers lately, and they are extremely good. They have the burly looks, excellent driving ergonomics and slick drivetrains that mark them as part of a next generation of bakkies. We have lots of praise for the new 2.0-litre turbodiesels, now allied to the ratiomadness of a 10-speed auto box.

They have a proper low-range 4×4 system with a rear diff lock, giving them sure-footed capability on all but the most extreme 4×4 trails. And when it comes to long road cruising, who is to argue with a very premium car-like array of driver aids and an infotainment system that is right up there for sound quality and ease of use. 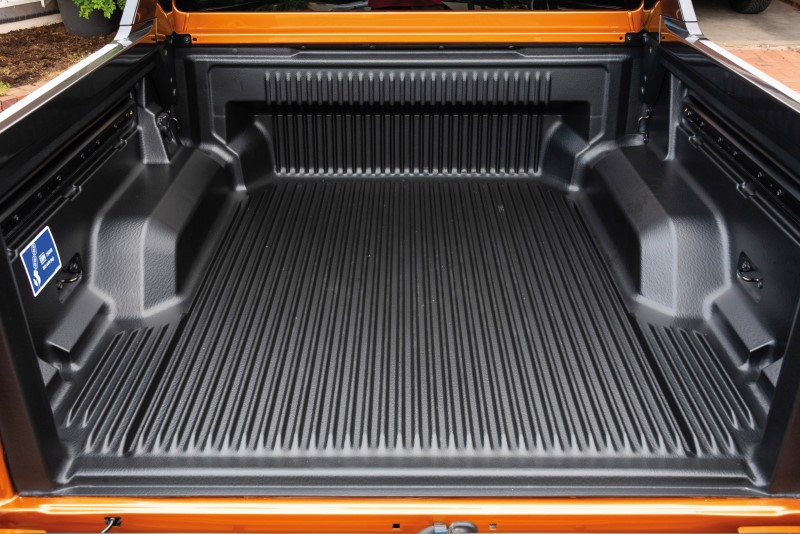 There are plenty of model options for buyers too, but the ones that concern us are the top-end four-wheel drives. When it comes down to selecting the right Ranger for the job, if you aren’t going to reach for the Raptor, which is in another league as far as price (R803 300) and off-road performance goes, then the choice comes down to lower XLT double-cab 4×4 (R570 200) or range-topping Wildtrak double-cab 4×4 (R678 200).

Driving the flagship in a range is always an interesting exercise. The question usually being: does the extra kit and functionality justify the higher price? On the ‘bang for your buck’ index, are you better off with a choice lower down the model grade walk? In the case of the Wildtrak versus an XLT, perhaps the money saved will be better spent on some dedicated overlanding accessories – or, more likely, utterly wasted on new linen and household effects that please your wife but count rather low on your pleasure barometer.

This is where the choice really plays out. The Wildtrak’s twin-turbo 2.0-litre with 157kW and 500Nm, or the XLT’s single-turbo with 132kW/ 420Nm. You’d think the small capacity engine would be lacklustre. Not the case at all; they both provide a solid kick, despite the sheer mass of this vehicle. Here the presence of that clever 10-speed auto with some learning capacity makes all the difference. 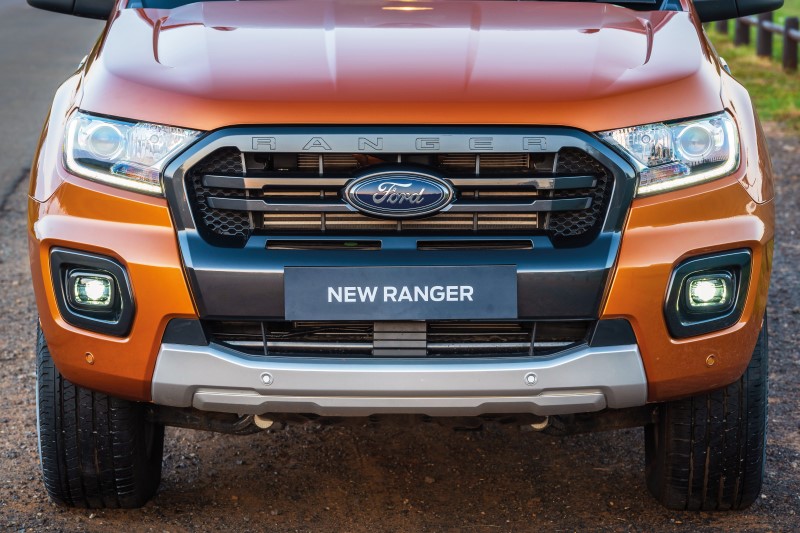 When Volkswagen introduced an 8-speeder ZF in the Amarok, coupled to their 132kW 2.0-litre Bi-Turbo engine, it was a revelation in terms of smoothness. So no surprise that the wide ratio spread offered by Ford’s unit helps make the most of the small capacity engine’s defined torque band. For sure it’s far better than the previous generation’s clunky 6-speed auto, which is still used in the 3.2-litre TDCi derivatives.

However, there are differences in this engine lineup. I felt the power delivery from the new bi-turbo was slightly stodgy. Not to make too fine a point of it, but on long slopes it feels slightly ‘held back’. The gearbox programming did not feel completely in sync with the engine’s torque characteristics. Kick down firmly though, and it drops cogs and ramps off with as much vigour as a kid caught raiding the cookie jar. This is not to take away from the Wildtrak’s amazing cruising ability: spooled up, it is a brilliant cruiser, mowing up and down tar stretches with consummate ease, and overtaking with a crisp authority. Steep downhills are the only time cog-swapping intrudes, when a gear lower than you might have chosen is selected.

I had no such issues with the single turbo. Somehow it felt more lively, with the gearbox always selecting the right ratio, and no lag before the rush. Though this is an intelligent gearbox, programming from the off seemed better suited, with none of the over-enthusiastic downshifting when heading down a steep section of road. Overtaking and kick-downs were as nimble, if not more so, and when cruising on the highway, there were no flies on the XLT – with the huge benefit being a fuel index closer to 8.2l/100km against the Wildtrak’s 9.5 plus. Over a year of fill-ups, that’s going to make a significant saving on total running cost.

On both derivatives, I missed having a set of paddleshifts. Sure, the Raptor needs those to set it apart, but here they would be useful too. The button on the side of the gear shifter – used to change ratios in Sport Mode, lock gears or activate the Skip Shift program – is not intuitive and hard to reach just when you need it. For us simple folk, this is a bit of an ergonomic fail.

Wildtrak buyers are perhaps more showy. Here one gets a pearlescent black hexagonal grille as opposed to the chrome version on the XLT, a slightly more accentuated housing for the LED fog lamps, along with those very effective HID headlamps (with auto dipping function) and LED daytime running lamps. On the latest version there have been revisions to the side steps, mirrors and roof rails too, but the XLT has those as well. 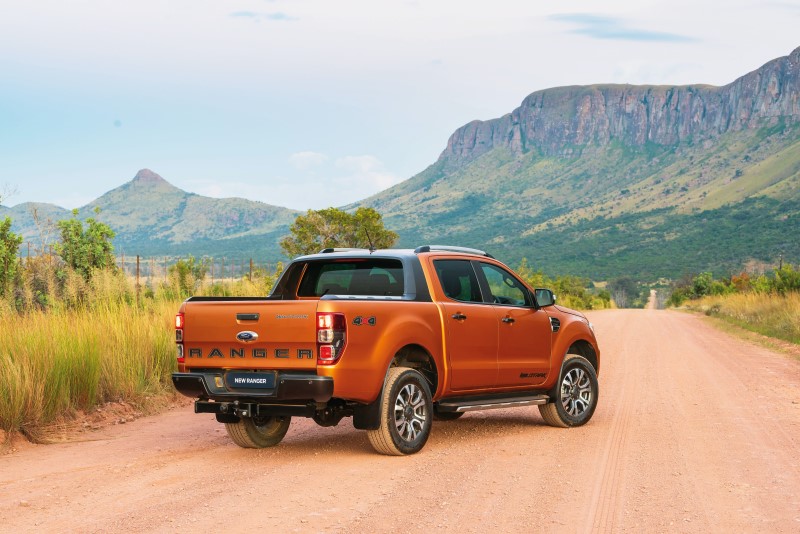 The ‘Sports Bar’ on the Wildtrak looks like a wing extending over the loadbox, plus the loadbed has a drop-in liner, 12V power point and cargo rails with a series of locking points – all useful. The XLT makes do with a cosmetic ‘roll bar’, but in any event, these must be removed when fitting a canopy.

The more practical 17-inch wheels are on the XLT, shod with hardier all-terrain tyres, while the Wildtrak is specced with blingy black- and diamond-cut 18-inch alloys shod with highway terrain tyres. No surprise as to its likely on-roader buyer profile, though as more manufacturers opt for larger rim sizes, decent aftermarket tyres can be fitted if hardier terrain is on the cards. 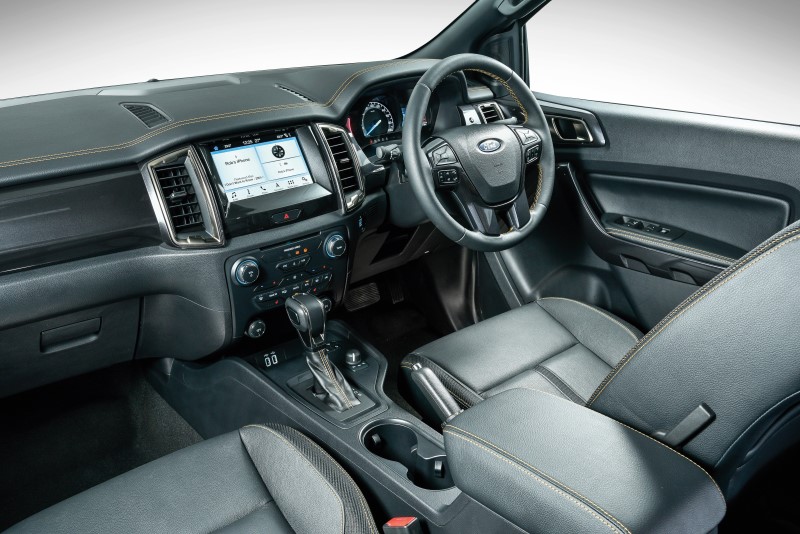 Both these derivatives have superb interiors, being the same apart from trim details. The leather-clad seats are generous, made for the larger frame, yet are plenty supportive when bouncing about the veld. While the XLT’s are plain, the Wildtrak steps out with orange stitching, a contrasting carbonweave contrast material and prominent Wildtrak logos. A choice of seven ambient lighting colours are also on offer. Seven!

Sync3 with navigation is common to these top models and it has been updated and refined yet again, making it both easy to use whether synching with a mobile phone or modifying settings. The touchscreen is eight inches across, there are two USB ports, Bluetooth connectivity, plus a 220V inverter from which to run laptops and the like. All these are great when touring. Rangers are long and hard to park. The rear-view parking camera and park distance sensors front and back really do help limit damage in those tight situations.

The selection of driver aids is where the Wildtrak makes a case for itself, pushing premium SUV fare into the bakkie realm with Adaptive Cruise Control allied to a heads-up display. This system worked a treat, and the automatic speed adaption to slower traffic is highly effective when highway cruising. It’s integrated with a suite of safety features that include Lane Keeping Alert, a Lane Keeping Aid (vibrates the steering wheel when moving across road markings), plus Forward Collision Alert (an audible warning) and Autonomous Emergency Braking. There’s also Auto High Beam control, which dims the lights automatically when facing oncoming traffic, along with a Tyre Pressure monitoring System.

These are all nice to haves, great for the long road, and they ensure a secure and effortless drive. But they can all be switched off (or totally ignored) without there being a huge sense of loss. The XLT’s standard cruise control does a fine job. Both have keyless entry and things like dual-zone climate control, so there is no lack of luxury fare a step down the trim grade. 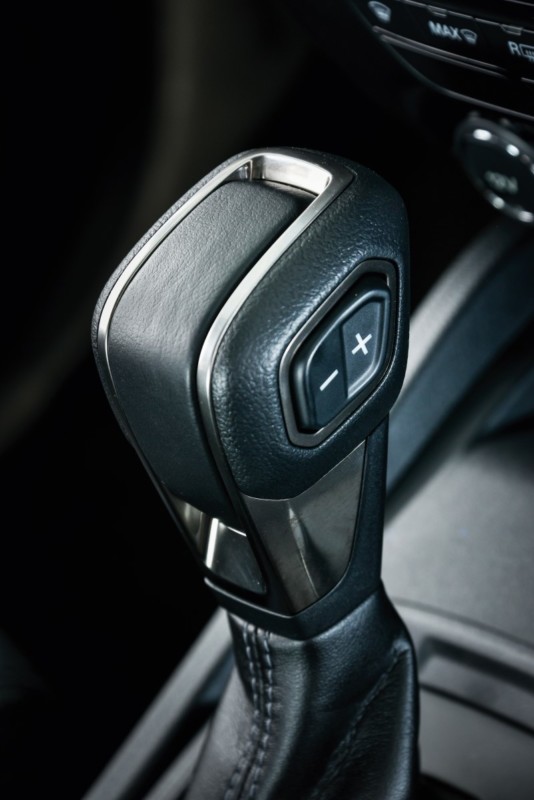 There is little to fault the spring rates and superb cosseting that comes with a drive in either of these Rangers. The XLT has the higher payload rating, at 1 011kg against 860kg for the Wildtrak, but there is little discernible difference in ride quality. It’s true that neither come close to the Raptor in terms of bump compliance, but they don’t have an extra R200k worth of longer control arms, multi-link rear suspension, trick dampers and coils all round. Both suffer that slight patter that leaf-spring vehicles inevitably exhibit on small corrugations and road imperfections.

This is at least partly ironed out with a load. They handle well on gravel, where they really come into their own, and on tar feel solid and secure. The Wildtrak bounded up a gravel track to the top of the Koringberg near Malmesbury, as it should, and on launch the gullies and rocky section tackled on a mountain side between George and Louvain Guest Farm showed the mettle of these new Fords. Their traction control system is perhaps not as sharp in extremis as that in Toyota’s new Hilux, but is plenty capable. The axle articulation as tested on our Ramp Travel Index, at 342, is also not the best in the business, given that the Hilux scores 411 and the Raptor 422. However, real-world conditions show they certainly can 4×4, and now in greater comfort.

For an off-roader keen to kit out their vehicle and get some remote travel under the wheels, this is an easy choice. If sheer power, a higher quota of highway travel, and the need to cover miles in safety are important, this is also an easy choice. The Wildtrak is potent when the hammer is down, and it has all the toys most SUV drivers hope to boast about.

For me, the XLT was the better-rounded of the pair, given its crisper, more tractable power delivery, better gearbox programming, more sensibly sized wheels, AT tyres and high enough specification to ensure a safe and enjoyable drive. With the saving of some R108 000 over the Wildtrak, that’s a lot of tasty aftermarket kit to fit before the linen department gets to ask too many questions.