Home » Workshop: When the Cat’s Away…

Words and pictures by Andrew Middleton.

With the help of technology, modern vehicles can now produce remarkable power and torque figures, as well as great fuel economy. But, along with this advanced machinery comes the noose-rope of emission control – which could have detrimental effects on your 4×4 one day.

These days, it’s not uncommon to hear of a 4×4 that continually reverts into limp mode, or worse yet, blows a turbo or two. In turn, vehicle owners often blame technology, and criticise modern engines as overly finicky.

This problem isn’t restricted to one make of 4×4; almost any new vehicle will lapse into limp mode if an electronic glitch is detected. More often than not, these anomalies are sensor-related, and often linked to a blocked catalytic convertor.

CASE IN POINT
Our group publisher, Godfrey Castle, drives a ‘06 Discovery 3 TDV6. He loves the vehicle, but, for the last six years or so, it’s given him a few troubles. With only 90 000 km on the clock, Godfrey’s Disco is currently on its third turbo!

Clearly, there’s an underlying problem that’s causing these turbos to fail, and, at R32 000 a pop, it’s an issue worth tracking down. It should also be said that Godfrey’s Disco regularly slips into limp mode when the engine is loaded, or driven past 120 km/h.

Research on the problem revealed that the cause of Godfrey’s Disco woes was most likely a blocked catalytic convertor. However, at a cost of roughly R17k for a replacement unit, it’s an expensive part to replace when you’re not absolutely sure that’s the problem. As a result, we went the cheapskate route and decatted the exhaust system instead.

WHAT IS A CATALYTIC CONVERTOR?
Your 4×4’s catalytic converter (or catalyser) features a ceramic honeycomb that is platinum coated. The platinum itself is the core ingredient of the catayser and it works by triggering a chemical reaction which converts noxious gases (hydrogen, carbon monoxide and nitrogen oxide) into less harmful ones: water vapour, carbon dioxide and nitrogen. 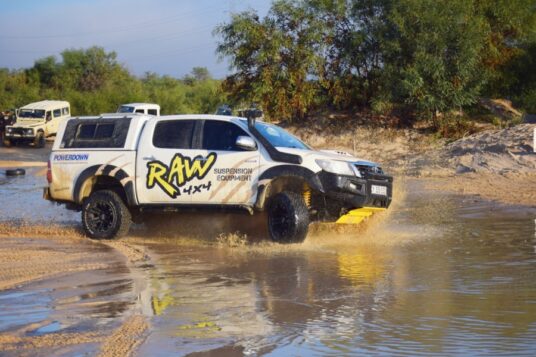