Home » The Wild Guide: Life under the sea

As the festive season approaches, I am sure that many of you are looking forward to a holiday at the coast. In light of this I thought we would take a look at a few of the amazing creatures that inhabit the many tidal rock pools found along our 3000km coastline. 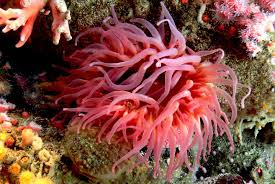 One of the weird and wonderful life forms that are easy to spot in rock pools are sea anemones, with their gently waving tentacles. Although they resemble delicate flowers, anemones are actually primitive animals that are closely related to jellyfish and corals. They stick to rocks by an adhesive disc and, lacking a hard skeleton, are supported by the water inside their body cavity. Their tentacles, packed with microscopic stinging cells, called nematocysts, are used to entangle and paralyse small fish, mussels and anything else they can grasp and push into their mouths. The young of the dark-red Plum anemone (Actinia mandelae) are brooded inside its body cavity with juvenile anemones then crawling out of its mouth!

Starfish, sea urchins and sea cucumbers are another group of fascinating creatures that inhabit our rock pools. These strange animals have no head, eyes, front or rear end but radiate from a central point and have spines embedded in their skin. Starfish usually have five arms and hundreds of delicate tube feet with suckered tips. Their mouth is centrally placed on the under-surface and they turn their stomachs inside out onto their food, digesting it outside their bodies. Some starfish are herbivorous whilst others like the spiny starfish (Marthasterias glacialis) are carnivorous and feed on molluscs and corals. The regenerative ability of starfish is remarkable. They can regrow an arm if one is lost to a predator: in fact, a single arm can regenerate a whole new body!

Corals can be divided into two distinct groups, hard corals and soft corals. The former are the animals primarily responsible for the formation of what we refer to as coral reefs. The outer layer of the body wall of hard corals secretes calcium carbonate (lime) which forms a hard casing around the animal. This cup supports and protects the body. Soft corals do not have a solid skeleton, instead they have tiny structures called sclerites embedded in their tissues. These give the body support but allow it to remain soft and flexible. Some soft corals such as Purple soft-coral (Alcyonium fauri) are brightly coloured due to pigments incorporated in their sclerites.

Although not generally found in rock pools, jellyfish are frequently seen in shallow waters along our coastline. Like corals and anemones, jellyfish are also members of the phylum Cnidaria and so too possess specialised stinging cells. The adult stage of a jellyfish – often a bell-shaped, transparent structure fringed by trailing tentacles – is called a medusa after an ill-fated maiden of Greek mythology. Legend has it that she was loved by the god of the sea and as a result had her long tresses changed into snakes by a jealous goddess! Should you be unfortunate enough to become entangled in a medusa’s embrace, rinse the sting site with sea water – fresh water causes any remaining stinging cells to swell and discharge (ouch!) – and then soak the site in water as hot as you can bear. 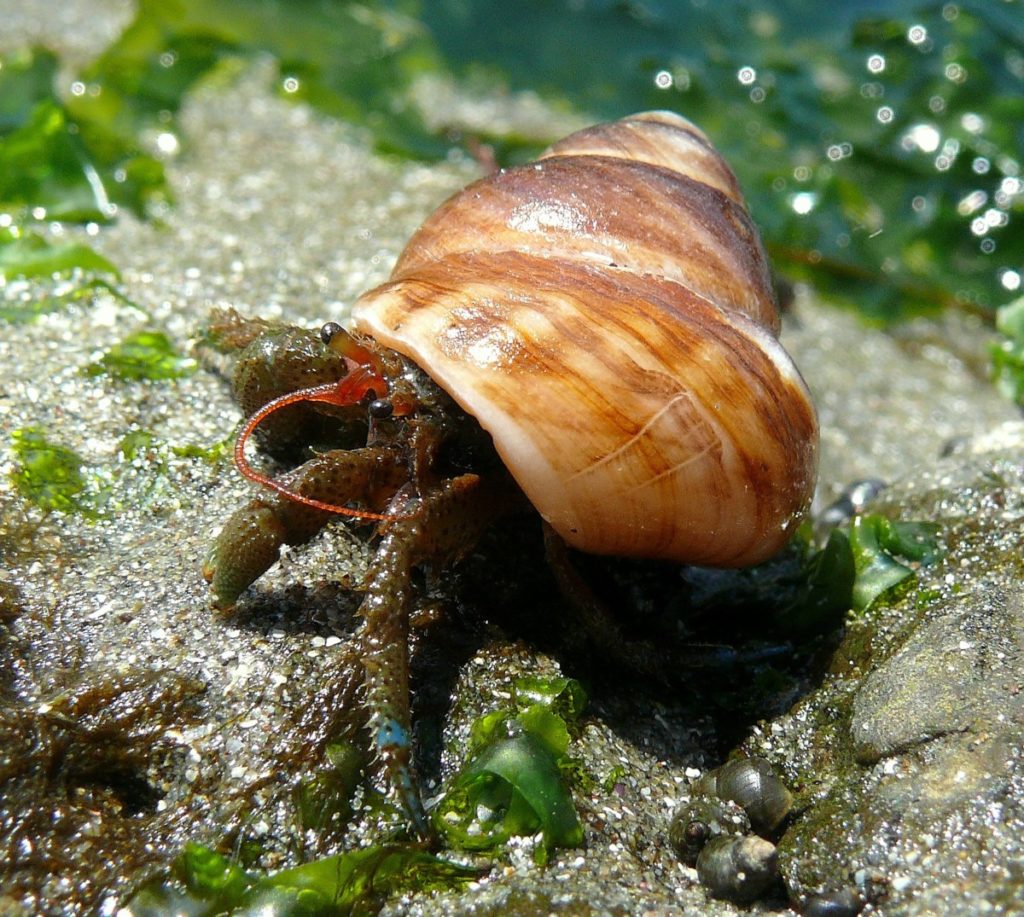 Hermit crabs – southern Africa is home to about 45 species – are well known for their habit of living in empty gastropod shells. Unlike other crabs, the hermit crab does not possess a carapace but rather has a soft, unprotected abdomen which it hides away in an empty sea-snail shell. Every so often, as the crab grows, it has to shed its outer skin-like shell. To do this it squeezes itself out of its adopted shell, moults, then returns to the shell. The crab is very vulnerable to attack by predators at this stage, because it frequently finds that its old shell is too small and a larger one has to be sought! The Anemone hermit (Dardanus pedunculatus) not only ‘puts on its shell’ but adds fancy dress too! It forms a relationship with the Symbiotic anemone (Calliactis polypus) which it deliberately places on its shell. The anemones provide camouflage and protection for the hermit crab and, when disturbed, expel sticky threads that provide additional defence. In return, the anemones feed on food particles released by the crab – a perfect example of ‘you scratch my back and I’ll scratch yours!’

From anemones to zooplankton and everything in-between, tidal rock pools are rich in life and diversity…the perfect place to spend many happy holiday hours exploring. Enjoy!