Home » The Wild Guide: Why?

Such a small word, and yet one which has had significant impact on scientific discoveries through the ages.

Indeed, just such a question led to the discovery of the planet Neptune, before it was ever observed!  As bizarre as this may sound, it was unexpected changes in the orbit of Uranus that led astronomer Alexis Bouvard to ask why these fluctuations were occurring.  He hypothesised that they were due to the gravitational effects of an “as yet unknown planet”. In 1846, Urbain Le Verrier, (another astronomer) used mathematics rather than empirical observation to prove that the perturbations in Uranus’ orbit were indeed due to an unseen planet.

Later that same year, Neptune – so named in keeping with the Roman tradition of naming planets after their Gods – was first observed with a telescope, and found to be within a degree of the position predicted by Le Verrier!

Whilst in no way connected to the discovery of astronomical objects, I (both as a trainer and a guide) have found that asking the question “Why?” rather than merely observing, leads to far more fascinating experiences in the bush. I have selected just two questions this month which I hope will engage your interest, and start you on a road of questioning and discovery about our amazing fauna and flora.

Why are some buffalo referred to as dagga boys? 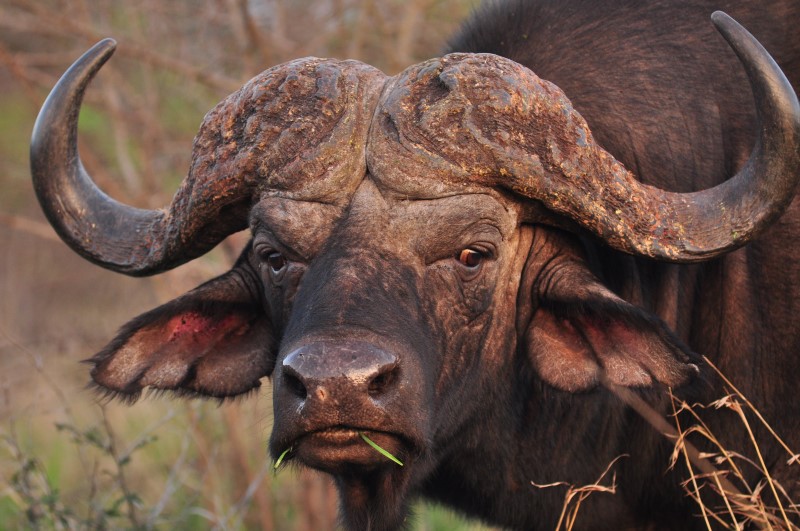 Not all grumpy old men are mud-encrusted; at least the buffalo wears his colours on his coat. (Image: Justin van Doorene)

Ask any guide or regular game-reserve visitor this question, and you will be told, ‘Dagga boys are old buffalo bulls with seriously bad attitude.’ There is often also an added, “Oh! And keep well away from them, especially when on foot.” (Italics mine.) This is sage advice, but why the adjective ‘dagga’? And why is the bad reputation inevitably attached to these animals?

Dagga is the Zulu word for mud, and these old males can frequently be found in a mud-wallow or riverbed, caked from head to tail in it. Around the age of 12, buffalo bulls are past their breeding prime, their hair is becoming somewhat sparse, and their teeth are wearing down. Keeping up with the rest of the herd – and often having to eat trampled grass – is rather trying, and ‘retirement’ to riverine areas with soft grass to eat, and plenty of mud to coat their bald spots, would appear to be the perfect solution. But is it, really?

Buffalo (Syncerus caffer) are herd animals whose safety from predators lies in their social structure and numbers. When these old males can no longer rely on the herd for protection, the best form of defence becomes attack. Any threat, perceived or otherwise, receives the same response – an 800kg ball of mud-encrusted fury on legs, charging at 50km/h. A very good time for the target to be on the far side of well away!

Why do some flowers smell like dirty socks or rotting meat?

Anyone who has been either to the Waterberg or to the Lowveld between September and January will surely have noticed a smell very like that of unwashed socks. Although the odour may rightly be blamed on a family member’s footwear, there is an alternative answer: the flowers of the Silver Cluster-leaf (Terminalia sericea). The strategy adopted by this tree to attract pollinators is to produce a scent which flies find attractive. Other plants such as the Giant Stapelia (Stapelia gigantea) use a similar deceptive strategy, although the smell there is rather more like that of rotting meat. But why ‘deceptive’?

Plants with carrion flowers ‘trick’ flies into visiting and effecting pollination by providing a scent and appearance that mimics the carcasses in which this type of fly normally lays its eggs. In the case of Stapelia, flies are sometimes so deceived by the odour that they lay their eggs in the flower, believing that it will be a food source for their hatching larvae. 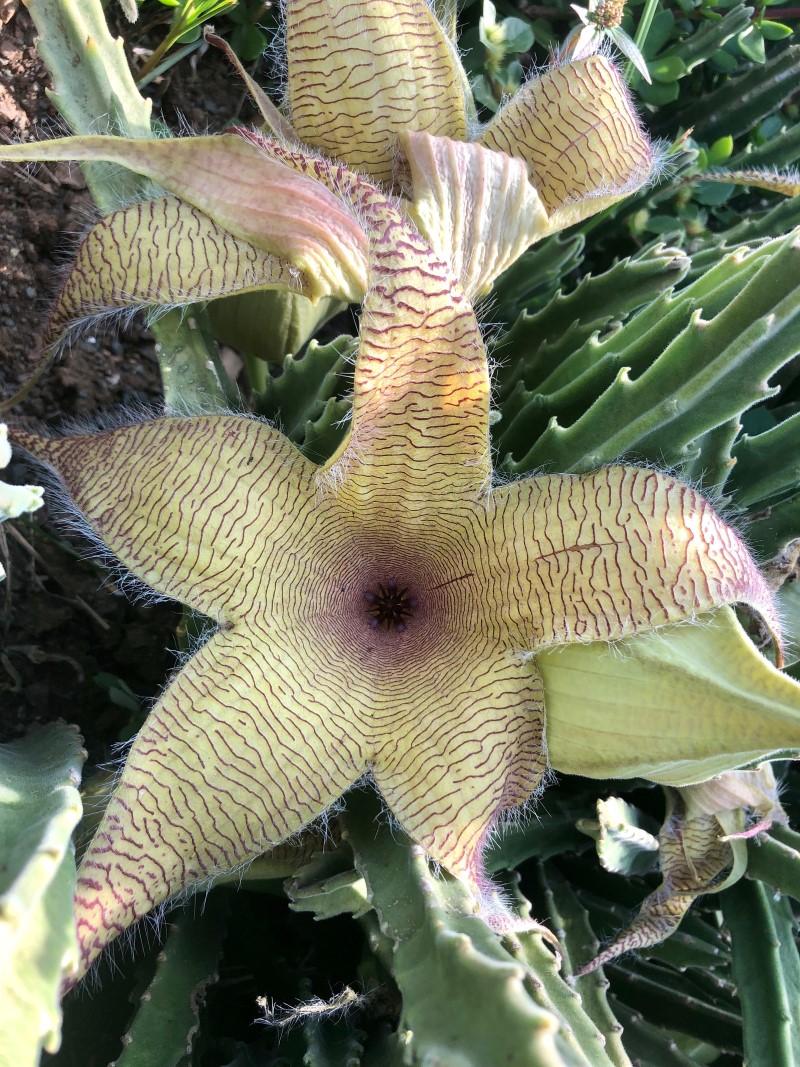 The distinctive odour of Giant Stapelia is all part of a devious pollination strategy. (Image: Lorraine Doyle)

Although a digression from the original question, it is interesting to note that flies are second only in importance to bees as pollinating insects. Indeed, for those of you who are nibbling on a bar of chocolate while reading this article, you would not be doing so if it were not for flies. Why? You guessed it! Fly pollination is essential for fruit production in the cocoa tree (Theobroma cacao). No flies, no chocolate.

And a final question… Why did the zebra cross the road? Because it could, of course!