Home » BEST of BOTH

If you’re the type of person who just can’t resist stepping on the toes of purists, irritating those from the Land Cruiser community and Defender enthusiasts alike, you’ll love Pugly.

Hendri Mouton, an engineer and owner of 4×4 accessory company Zombie Off-Road, picked up this far-from-stock Defender two years ago already fitted with one of the finest V8s ever put in a Lexus – the legendary 4.3-litre 3UZ.

Breathing through custom 53mm headers into a 63mm main Zorst exhaust system, the beast makes an ungodly burble at idle and roars like a mighty lion king when hooked up to the dyno. Making a healthy 190kW at the 35-inch wheels, it reliably and easily trounces the stock TD5’s measly 96kW output.

To cope with the big Goodyear mud terrain tyres, diff ratios have been dropped by Burnco and a 2-inch Terra Firma suspension lift fitted. The Lexus V8 is, however, still stock standard and Hendri doesn’t have any mad-hatter plans to boost it. But more on that later…

Interestingly (and this is where the crusty old Land Rover-Toyota debate goes off the rails), the V8 isn’t linked to a standard driveline. Instead the Lexus mill feeds through a Rover R380 five-speed manual transmission, in turn mated to a Land Cruiser transfer case, which offers part-time 4WD and locking hubs instead of the permanent Land Rover set-up with a locking centre differential.

Axles are standard Salisbury items from the LR parts bin, though the rear diff is locked up by Ashcroft and both axles feature heavy-duty chromoly side shafts.
To say a RWD long wheelbase Landy with 190kW is fun in the dunes is the understatement of the century, and it goes out to play as often as the wallet allows. Doing only four kilometres to the litre on a good day, means this rig is used for dune duelling on special occasions only.

On the long road, the economy isn’t quite so bad, and that’s really where this rig makes a lot of sense. It’s the ultimate touring wagon with around 600-750km of range thanks to extra tanks. Other touring refinements include: a custom packing rack that Hendri built himself, an insulated firewall to keep the V8’s heat at bay, a centre-mounted VHF radio, 7-inch LED headlights, and custom LED rear lights. Two 100W solar panels are mounted on the roof and are managed by a Victron regulator. On long trips Hendri likes to run two 40-litre fridges off two 105Ah batteries.

Take a walk around the vehicle, and you’ll notice plenty of neat touches and appreciate the attention to detail that Hendri is known for when it comes to building something special. He bought it just two years ago, with the drivetrain mods already fitted, but he’s since tweaked and fettled to turn this into a brilliant overlander that also rocks the trails. Custom rock sliders are fitted and a rear bumper is on the way, but you may not notice the hood scoop mounted backwards in some of these accompanying images. Contrary to what 2WD Ranger drivers in JHB believe when they order faux Raptor kits, mounting a small scoop in reverse actually sucks more heat out of the engine bay by creating a low pressure zone on top of the bonnet – you can tell he’s an engineer.

Though the rig itself is awesome, perhaps the best part of the ownership experience, explains Hendri, is being able to annoy brand fanatics exclusively obsessed with their Toyotas or their Land Rovers.

The Defender, in most people’s opinions, is the quintessential adventure rig – it just looks perfect in the bush. The problem is that, being underpowered for its weight and not known for reliability, Defenders are far from perfect. Perhaps Pugly is the best of both worlds: boasting a set of reliable and powerful Toyota mechanical components with the cool factor and packing space of a Defender.

Looking at this rig, you may be convinced it’s a completed project. Think again… Hendri just bought himself a smashed-up BMW 330D with the potent M57 diesel straight six in it. Apparently it’s just a matter of time before that engine migrates into its new spiritual home – a Defender 130. 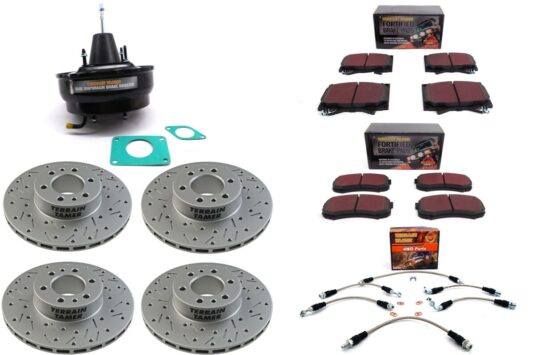 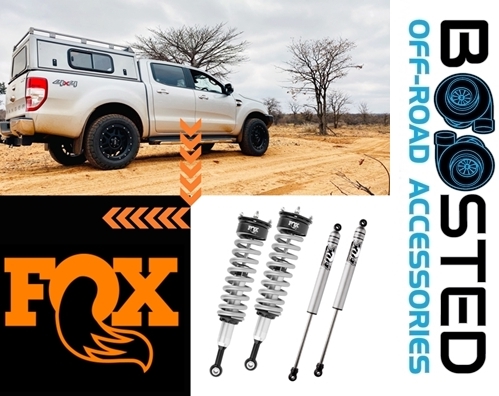