Not all products are worth writing about. Take an axe, for instance; what can I tell you about a sharp chunk of steel with a rubber handle? Um, it chops wood, the end. 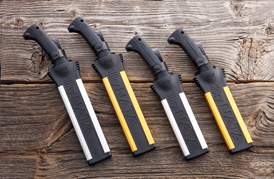 But here I am, writing a product review about an axe. Specifically, the Silky Nata. So, what makes this chopper so special? Well, it’s the greatest axe I’ve ever used and if I don’t write something about the Nata I’d feel like King Arthur trying to keep Excalibur a secret. At first glance, it may remind you of a meat cleaver, or perhaps even a giant cutthroat razor; but once you grip the Nata’s non-slip handle, your knuckles will whiten, your jaw will clench and you’ll feel an uncontrollable urge to hack all things leafy.

The Nata is an evolutionary feat, a milestone for mankind, where we’re finally designing axes the way they’re supposed to be – with a long cutting edge. This is the key factor behind the Nata’s highly effective design: every strike with this blade is an accurate one – you can’t miss!
This is particularly true when splitting firewood, as the Nata’s 240 mm long blade isn’t fussy about how or where you strike the log – you’ve got plenty of edge to work with. What’s more, because the blade is relatively narrow and not widely tapered like an ordinary axe, the Nata feels focused and highly precise.

In addition, the Nata’s long blade is perfectly weighted, making the axe easy to use and much less tiring to swing around. In contrast, a conventional top-heavy axe is designed for impact and leverage; these qualities put strain on your wrist, forcing the joint to bend backwards and rotate inwards* when striking down.

(An axe with a wide head should split wood more effectively, but the down side to this design is that a thick blade requires more force to penetrate the wood in the first place; and because it carries most of its weight at the rear end of the blade, the axe is prone to toppling over if the weight shift isn’t perfectly centred.)

Finally, because the blade and handle are offset from one another, the Nata’s cutting edge strikes at an optimal wrist angle, thereby supporting the joint for a firmer, unyielding impact. In many ways the Nata is a hybrid chopper, heavily weighted for splitting wood, but also effective as a machetecome- panga, flawlessly suited for chipping, slashing and slicing.

The only downside to this amazing tool is its price: at R827, the Nata is probably the most expensive axe you’ll ever own. However, it should last you a lifetime, and in my knife-fanatic opinion it’s worth every cent. It may sound like I’m trying to exaggerate the Nata’s abilities – particularly when you look at its straight-forward design – but you need to use this chopper to know where I’m coming from. This isn’t just an axe; it’s a development breakthrough for one of man’s oldest tools. 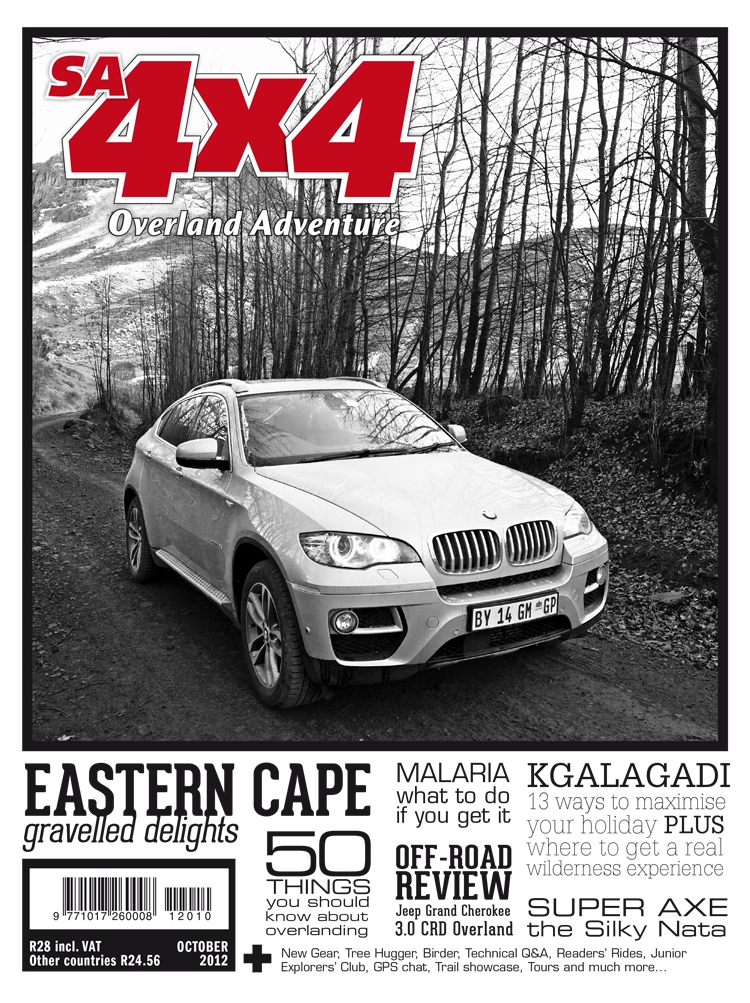 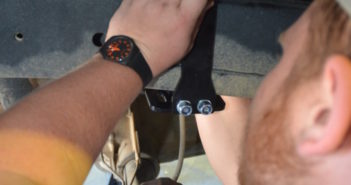