The Aussies built a great product designed to withstand harsh conditions, but there’s one massive continent in the North where the people are even more 4×4 obsessed, and where the environment is even harsher. Yep, the Russians take no prisoners; and now South African company Raw Africa Expeditions is importing their tougher-than-tough 4×4 armour under the Tuffstuff name.

The armour is made by Russian company Rival, which manufactures up to a million bash plates and bumpers a year; and they do things a little differently.

Unlike anything else we have in our market, these underbody armour plates and bumpers are hydraulically pressed out of 5mm sheets of 6061 (T6) grade aluminium; and where there are seam lines, they are robotically welded.

The reasons for using aluminium are simple – it’s three times lighter than steel, and you can forget about rust.

A Tuffstuff full-front alloy bumper for the Hilux Revo, for example, weighs just 42kg – the steel equivalent would tip the scales at 70-80kg – negating the need for a suspension upgrade.

These unique bumpers are made in three pieces and offer a next-generation design, fitting flush with the contours of modern 4x4s. 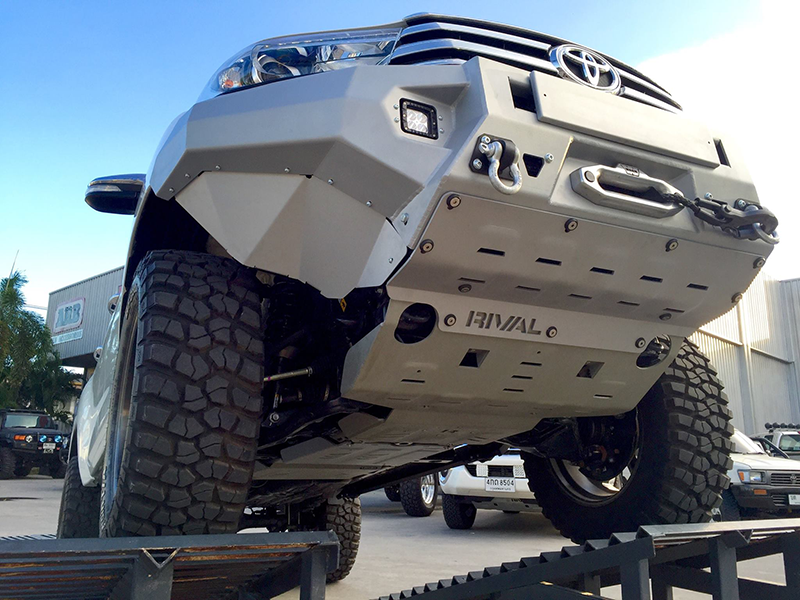