The Nuvi 500 has grown up and we now have the Overlander.

Maybe before I start with this review I should state that I have never been paid for any of my reviews of satellite navigation devices and I have written for SA 4×4 on this subject since September 2004. My point being that I am completely impartial in my views 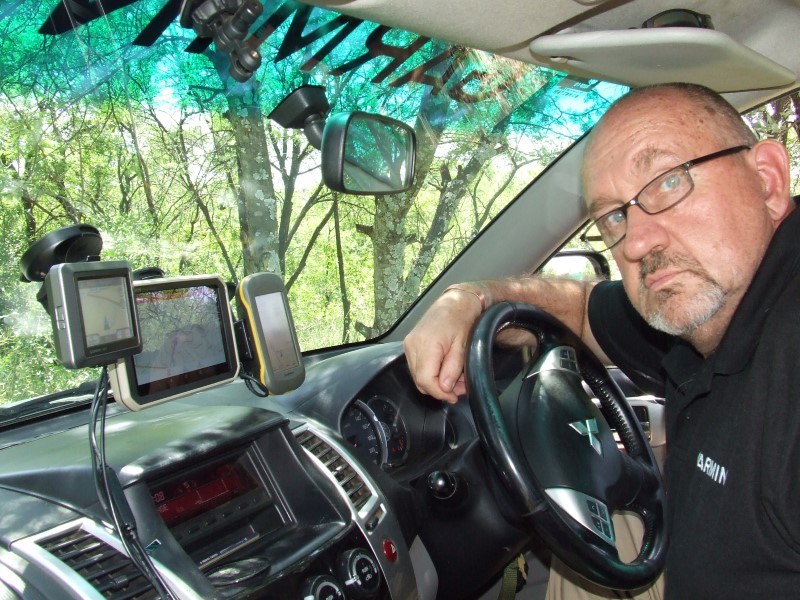 The Overlander is a bigger and newer satellite navigation device with more features and which has been modernized. In September 2019 Garmin announced this new satellite navigator, the latest in their street navigators / outdoor / 4×4 range. I reviewed this new device last year but due to being in Turkey at the time, it was only a paper exercise for me with my son Christopher having the device at hand to check it out. I now have one in my hands so that I can do a practical evaluation.

As I have hinted above, the device is a multipurpose street navigator similar to the Garmin Drive devices and the older Nuvi 500. The Nuvi 500 was made for the outdoor lifestyle and was a winner – in fact, one of Garmin’s top sellers in its day. The Overlander is designed and made for the social and recreational 4×4 enthusiast. Its name is even synonymous with its applications. It is rugged and with a rubberized feel to it that will take the knocks. 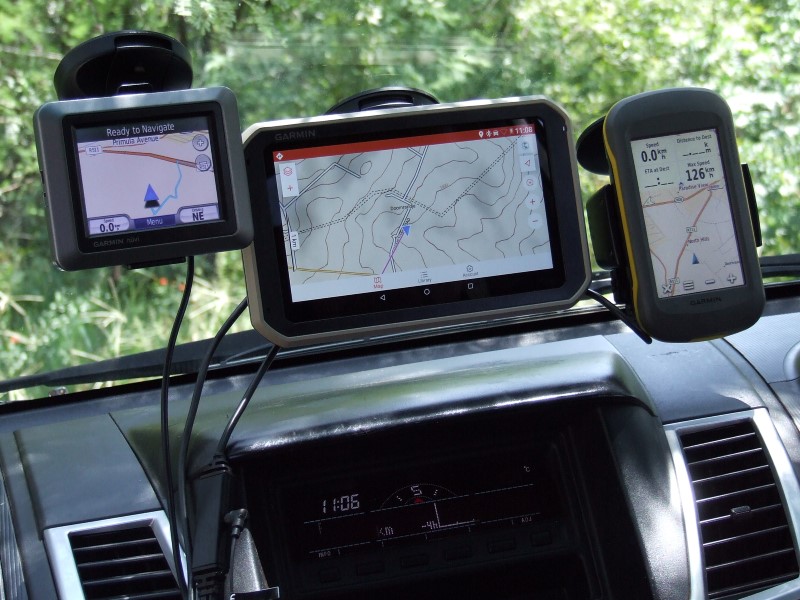 My standard statement when writing such reviews is that I do not consider a cell phone or tablet with navigation programs or apps ideal for 4x4ing. They do come with limitations and those invariably kick in when the satellite navigation technology becomes necessary in the sticks when no one else is around to help you find your way. They are made for street navigation in towns and cities only!

Another statement that I regularly make is that when navigating in the sticks you should navigate with a primary navigation device but that you should also have a secondary device as a backup to confirm the primary when in doubt. A point to remember is that navigation is a lot of common sense, so when in doubt sit down, calm down and try again. 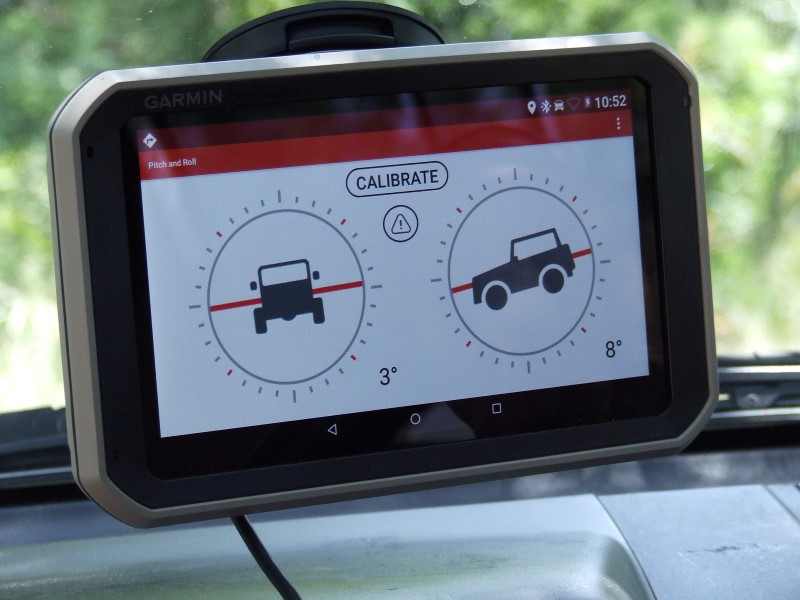 The other issue that disappointed me was that the device seems not to have a Satellite configuration screen enabling you to see which satellites are been used to calculate your position. 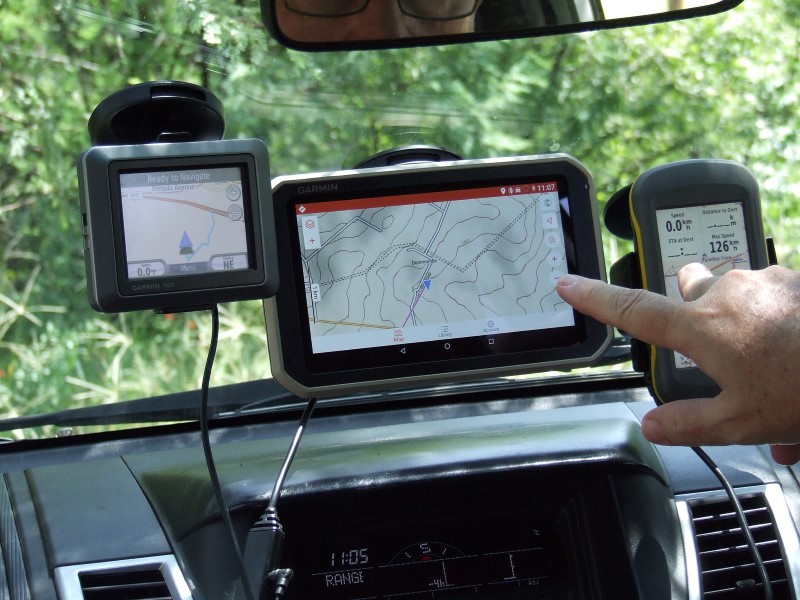 If it was to be taken a step further I would like to see a built in Dash Cam.

Currently there is nothing in this device’s price range that can match its capabilities and features for which it is designed, especially when considering the included mapping.

The Overlander is not the Alpha and Omega of off-road navigation but I would consider it to be one of the most comprehensive satellite navigation devices on the market today.

A point that should be remembered when purchasing this device: be sure that the sales person upgrades the device’s firmware as well as the maps before leaving the store as my updates took a good 4 hours and (if my calculations are correct) used about 12Gb of data.

A last comment is that this is not a device that I would mount on my motor cycle or bicycle and not something that I would use to go hiking with as it is not made for these applications.

The negative comments on these and similar devices normally come from people that do not understand the technology and do not know how to use the device correctly.