Last month, we reviewed Moegatle, a gutsy trail with gruelling 4×4 tracks, heaps of hairy obstacles, and mountains of fear. If Moegatle were a dog, it would be a scar-covered Pit Bull with clipped ears and a heavy chain around its neck. By comparison, this month’s trail, Doorndraai, would be a well-groomed Golden Retriever, with baby-blue ribbons in its hair and a supersoft underbelly.Words and images by Grant Spolander

Generally speaking, Doorndraai is best known as a luxury lodge which offers a true bushveld experience and terrific bird life. Most folk don’t know about its 4×4 track, which is why we were keen to investigate −we were hoping Doorndraai would turn out to be a little known 4×4 gem. Sadly, it wasn’t. But there’s more to Doorndraai than just dusty dirt tracks and mountain views. You may not yet know it, but this is where you’ll want to spend your next weekend getaway. Situated east of Vaalwater, and just two hours’ drive from Pretoria, Doorndraai’s 4-star facilities and 1 600 hectares of sublime tranquillity make it a great place to relax for a few days – or to stop over for a one-nighter before heading north on a far-flung overland adventure.

The lodge offers a variety of accommodation, ranging from wellequipped chalets and family cabins to a pristine caravan/campsite with tall trees and immaculate ablutions. While birding fanatics will appreciate the reserve’s 300 to 400 bird species, other guests can relax on a game drive, paddle around the farm’s dam, or grab a rifle and go hunting. All guests staying at the lodge (including campers) are free to drive the 4×4 route. And, because the farm’s not open to day-visitors, there’s a good chance that you’ll have the trail all to yourself.

In terms of difficulty, the route is decidedly easy, and therefore softroader-friendly, too. In fact, it would be best to think of this track as a farm road that’s not open to 2WD vehicles, rather than an all-out 4×4 trail. I’d rate it as a Grade 1 route, possibly a Grade 2 if the track is soaking wet. 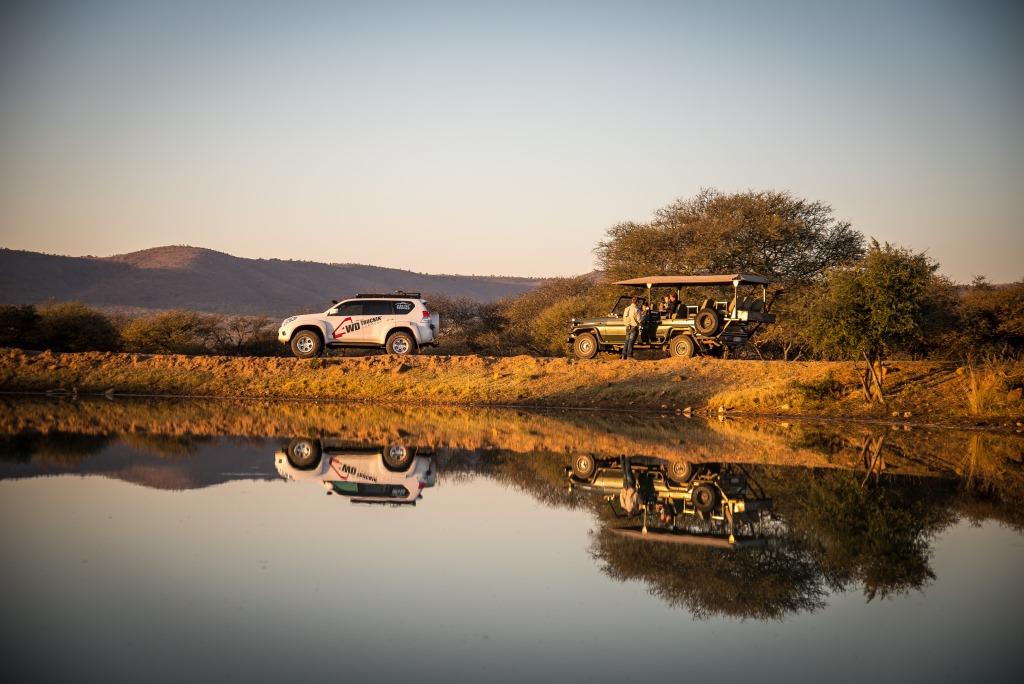