Batteries are the core storage units of any solar or multi-battery system, so it’s worth knowing how to choose the right type for your application. This quick look at a complicated topic outlines key differences between cranking and deep-cycle batteries, and how to prolong their service life.

Starting batteries, most commonly referred to as automotive batteries, are required to provide a high current output for a relatively short period of time with immediate recharge from the vehicle’s alternator. This type of application typically uses a very small amount of the battery’s total energy storage capacity. However, if this type of battery is subjected to repeated deep discharge cycling, the number of times the battery can be charged and discharged is reduced. Starting batteries are usually rated in cold cranking amperes, or CCA.

Starting batteries, most commonly referred to as automotive batteries, are required to provide a high current output for a relatively short period of time with immediate recharge from the vehicle’s alternator. This type of application typically uses a very small amount of the battery’s total energy storage capacity. However, if this type of battery is subjected to repeated deep discharge cycling, the number of times the battery can be charged and discharged is reduced. Starting batteries are usually rated in cold cranking amperes, or CCA.

The high density active material remains within the battery’s plate/grid structure longer, resisting the normal degradation found in cycling conditions. These batteries are typically used where the battery is discharged to a great extent and then recharged.

A deep cycle battery is designed to be discharged to 80% of its rated capacity many times. However, shallow discharges will result in a longer battery life. Discharges of 50% or less are recommended to maximise the life of the battery. Deep cycle batteries are usually rated in ampere hours (Ah).

Most deep cycle applications have some sort of charging system such as an alternator, generator or solar panels already installed for battery charging. However, there are still some systems with deep cycle batteries in which an individual charger must be selected.

Many types of chargers are available and they are usually rated by their start rate – that is, the rate in amperes that the charger will supply at the beginning of the charge cycle. A good rule of thumb when selecting a charger is for the charge rate to be between 10% and 13% of the battery’s 20-hour Ah capacity.

For example, a battery with a 20-hour capacity rating of 225 Ah will use a charger rated between approximately 23 and 30 amps. (Note that for multiple battery charging, you use the AH rating of the entire bank.)

A further note is that different battery types will require different charge rates and charge times. Most smart chargers are able to modify their charges, but make sure of compatibility when you are building a system.

Keep batteries topped up if you are using a lead-acid battery. Maintaining a sufficient electrolyte level ensures that the electrolyte is neither too high nor too low. Use distilled or deionised water, and never overfill. Maintenance-free (gel-type) batteries will usually not require topping up. Low-maintenance batteries require the addition of water only once or twice per year, depending on conditions.

A battery that needs to be topped up continually with water is a sure sign that the car’s electrical system requires careful checking.

One of the most common causes of battery failure is sulphation. This occurs when a battery is left standing in a discharged state for a period of time.

The sulphate from the sulphuric acid combines with lead and forms lead sulphate, which hardens on the negative plate. The barrier thus formed will substantially reduce the ability of the plates to absorb charge and the ability of the battery to be recharged.

A deep-cycle battery’s life is dependent on the depth of discharge in each cycle. If you discharge your battery regularly to below 12 volts, the battery life is reduced. However, if the battery is kept around 12.5 volts all the time, then the battery life is increased. A battery without load that registers 12.1 volts, is about 50% charged.

Bicarbonate of soda and hot water is great for cleaning your battery terminals. As recommended and warranted by the battery manufacturers, the best lube to use is petroleum jelly. 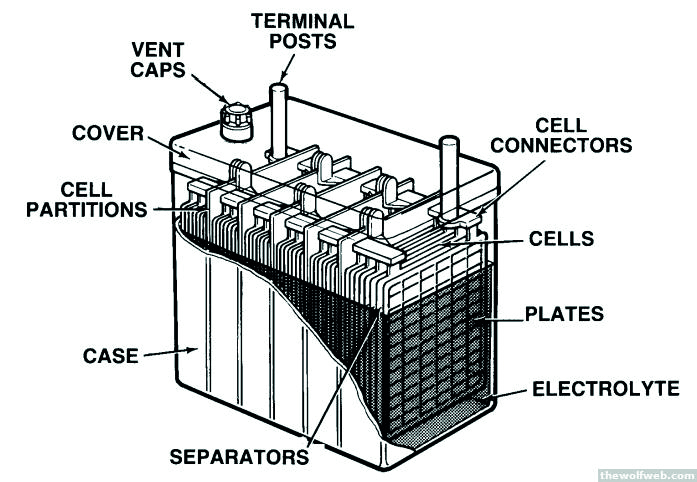 The traditional entry-cost battery filled with liquid electrolyte, prone to gassing and heat when charged. Cells must be regularly checked and topped up, and the battery kept at peak charge. 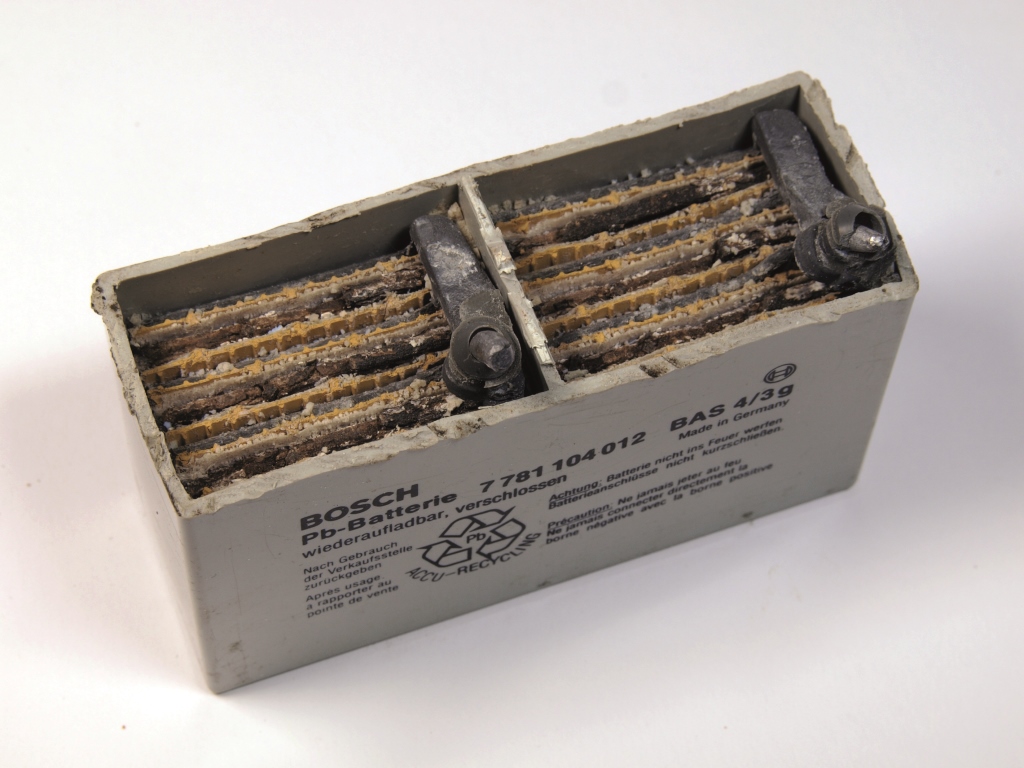 A sealed no-maintenance valve-controlled battery in which glass fibre mat contains the electrolyte – why it is also known as a ‘dry’ battery, which is considered safer. Various electrolyte solutions used. Usually prone to damage if discharged to below 50%, but recharges fast. Beware of damage to the thin lead plates. 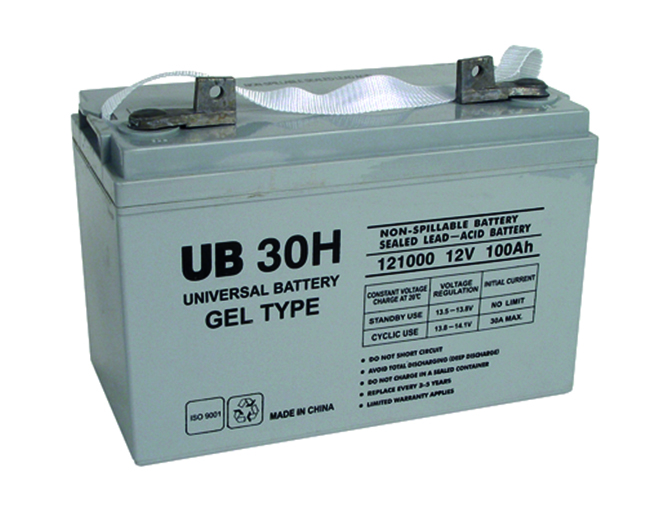 A low-maintenance sealed battery containing a gel-forming additive that slows movement of the electrolyte. A valve controls any gassing. It can handle deep discharges, but requires a slow charge of precise voltage to prevent damage to the thin plates. It is heat sensitive –so best not mounted under the bonnet. 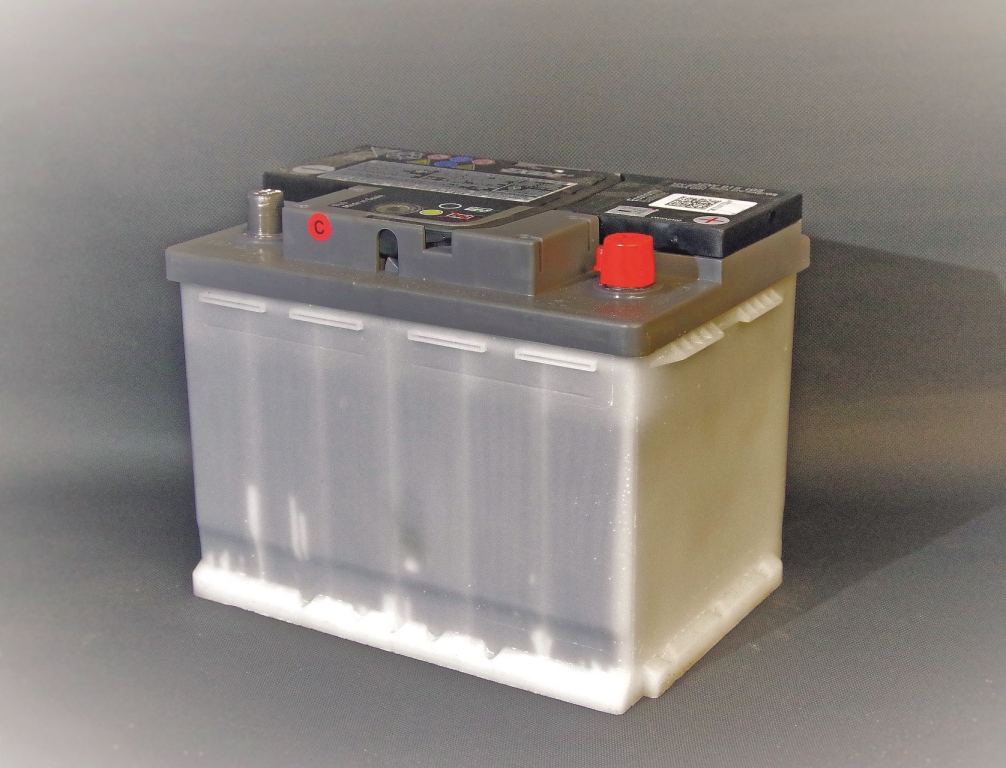 Calcium (Both Maintenance-Free and Wet Cell)

A form of lead-acid battery in which the grids and positive/negative plates are a calcium-silver alloy (instead of traditional lead-antimony). These batteries have low gassing and a slow discharge rate, and the silver increases resistance to high temperatures. Charge voltages need to be higher. 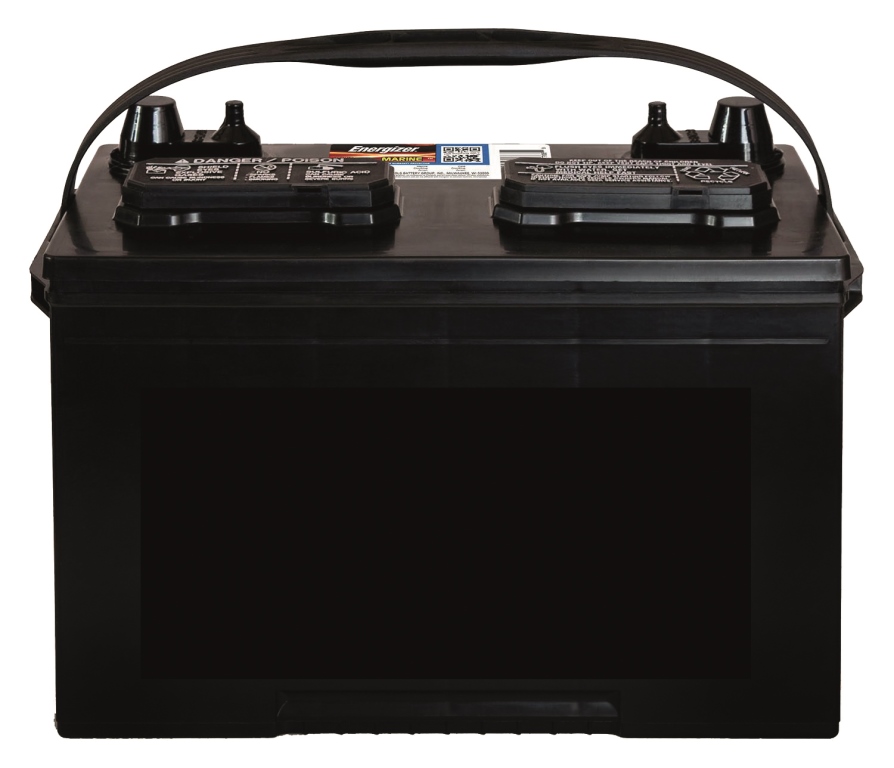 A unit of measurement for the electron flow or current through a circuit.

A unit of measure of a battery’s electrical storage capacity, calculated by multiplying the current in amperes by the time in hours. (Example: A battery which delivers 5 amps for 20 hours provides 5 amps x 20 hours = 100Ah of capacity.)

The formation of lead sulphate on the positive and negative electrodes.

The basic power-producing unit in a battery. It consists of a set of positive plates, negative plates, electrolyte, separators and casing.

The percentage of capacity actually removed from a battery, compared to the total rated capacity.

An overcharge performed on flooded lead-acid batteries after they have been fully charged. This maintenance step helps to eliminate stratification and sulphation.

One discharge plus one recharge.

Special thanks to Branden Austen of Deltec Energy Solutions.

For more information, call 011 864 7930 or www.deltecenergysolutions.co.za