Words and images by John Leyden

Every year, the strangely-named German town of Bad Kissingen is taken over by Adventure & Off-Road, Europe’s biggest outdoor expo. SA4x4 reader, John Leyden, was there to get the low-down.

The Abenteuer & Allrad (Adventure & Off-Road) is regarded as Europe’s biggest off-road expo, and is attended by visitors from all over Europe and beyond. It has been hosted for the last 17 years on a 100 000 m² tract of land outside the German town of Bad Kissingen. ‘Now, where the heck might that be?’ I’d asked myself − and had decided to find out. Since my daughter and her husband (no, he’s not German – he’s from Bloemfontein) moved to Munich about five years ago, my wife and I have become regular visitors to Germany. Needless to say, I quickly discovered German 4×4 magazines – reading them with a pocket dictionary or app naturally takes a bit longer, but my German off-road vocabulary has improved quite a bit.

That’s where I’d seen the ads for Abenteuer & Allrad, and promised myself that I’d go to one some day − not only for the 4×4 stuff, but also because I’m in the exhibition industry. So, I’d made sure that this family visit coincided with the Abenteuer & Allrad weekend of 4 -7 June. I’d initially thought that I’d drive from Munich to Bad Kissingen – 300km and three hours according to Google Maps – but had then decided to take the train (DB) as it would take about the same time, even including three train changes. Some might question why a petrolhead like me would give up an opportunity to hit the Autobahn without backseat drivers, but I had two reasons: Firstly, I’ve driven extensively in Europe over the years, including on the Autobahn − and, yes, there are sections where there is no speed limit, but for most of the way its 120km/h; and secondly, my daughter’s 2008 Ford Focus is not quite Autobahn material. 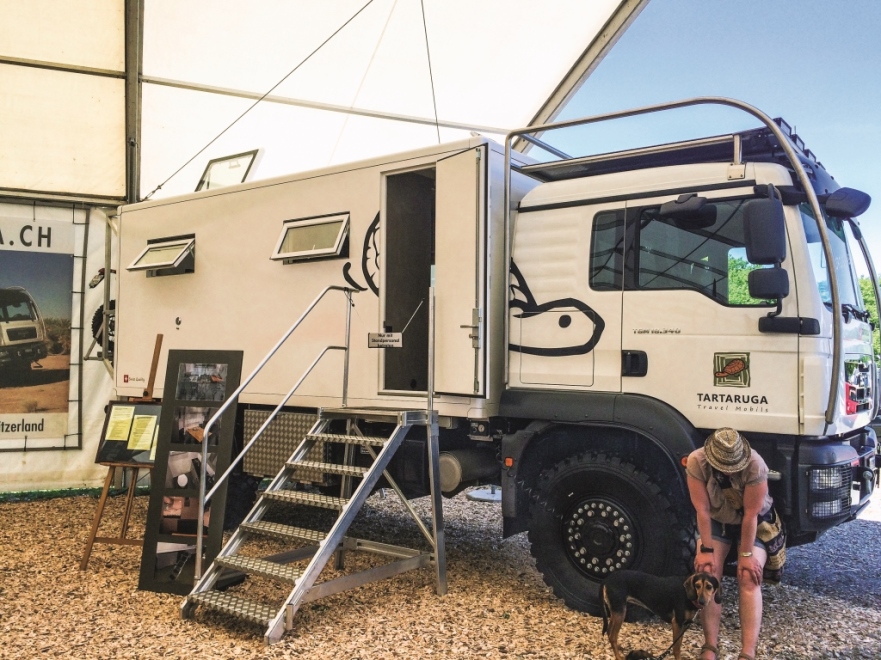