Words and images by Andrew Middleton

The small town of Moab, in Utah, USA, is a veritable 4×4 Mecca − thousands flock there every year, to climb the legendary slick rock fins and explore the surrounding terrain. We were lucky enough to go with Jeep, who supplied us with a Cherokee Trailhawk (in standard trim) and a full tank of gas in order to see how we’d get on. This most famous of 4x4ing destinations has a sinister reputation to live up to. Trail names like ‘Poison Spider’ or ‘Hell’s Revenge’ add a measure of hype to the place, so it makes one think: are the Americans yanking their own chain, or can the place that brought us Barney truly compare with what we consider tough?

Firstly, I’ll admit that I had some doubts. The wide-open desert scenery in many parts of Utah closely resembles Namibia, and while our Orange River may also have a few jet boats between its banks, we are also likely to have a few hardy predators drinking from them. Millions of years of erosion by the Colorado River, long-gone seas and sandy gales have transformed Moab into the mars-like landscape it resembles today. A mélange of vast Mesas, cliffs hundreds of metres high and ‘slick rock’ join to form the base of the scenery; lush vegetation resides elsewhere. Giant sandstone ridges tumbling over the horizon like breaching whales provide some incredible driving opportunities – which is made evident by the hundreds of Polaris buggies and 4x4s that roam these parts.

The Hell’s Revenge trail itself snakes its way over this slick rock, which is named for its smooth nature. Black tyre marks from those who have been before set a clear path for our Jeeps, and thankfully so. Just a few inches one way or the other could result in the most gruesome death and a very flat vehicle – so, if you’re no fan of heights, you’d best go elsewhere. However, we found that the slick rock isn’t as slippery as its name suggests; in fact, it offers plenty of traction because of the rubber laid down by the passage of all those rock crawlers shod with soft compound tyres. 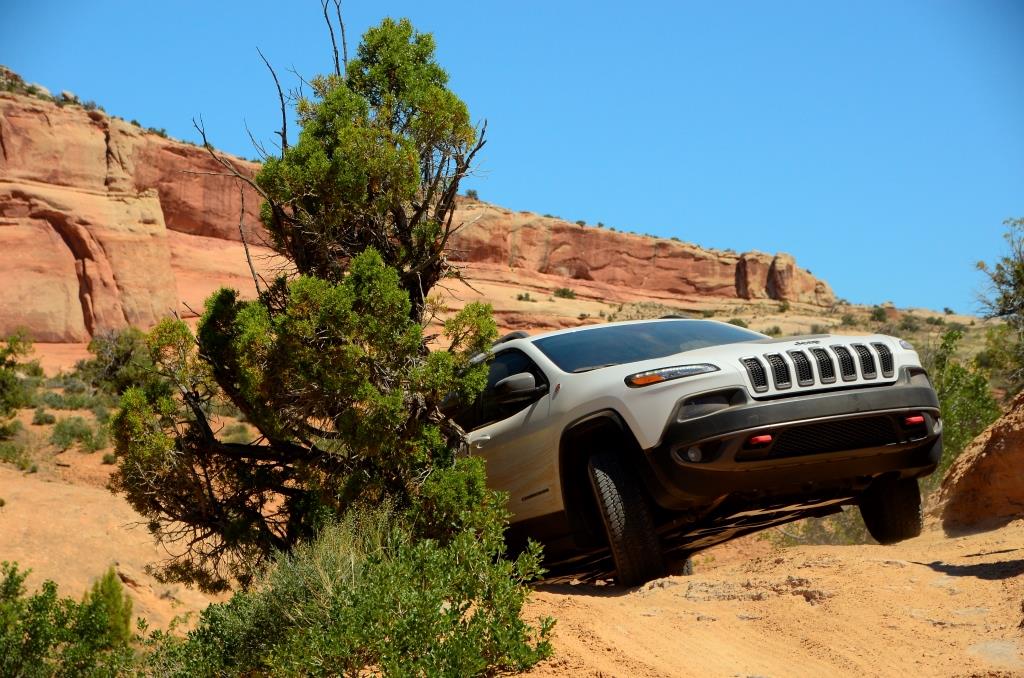 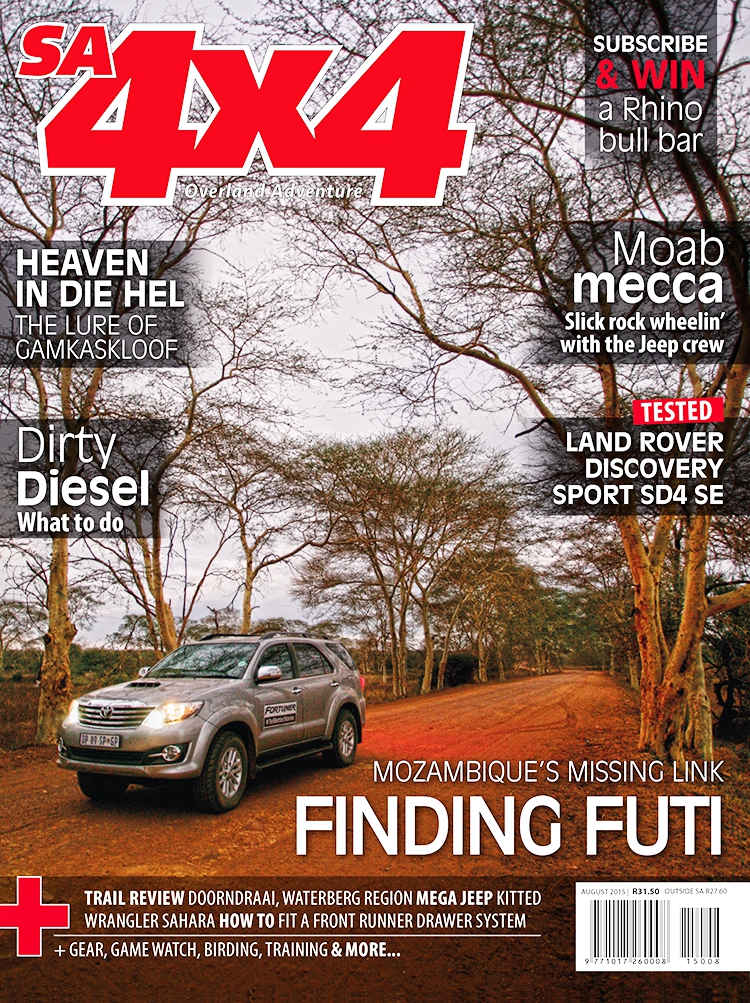