‘‘As jy dom is moet jy suffer.” English translation: If you are stupid, you will have to endure the consequences of your lack of common sense and live through all that the universe decides to wreak upon your head.

Our friend Luft likes to use this phrase regularly and it was this particular phrase which was grinding its way through my mind on repeat, as I lay melting into the duvet in the energy-sapping heat.

December in the Kalahari is mind-numbingly hot. In fact, our thermometer had stopped reading temperatures and had simply opted for H – which we interpreted as: Hell. It had been reading temperatures outside the vehicle in the high sixties in degrees Celsius, but once it flipped over into the seventies, Michael stopped to investigate the thermometer s-l-o-w-l-y, like everything we did
in the afternoons.

Eventually, we realised that we had mounted the external temperature sensor too close to the engine bay, which explained our confusing thermometer readings. Still, ‘Hell’ seemed like an accurate gauge on the temperature outside.

Normally, this type of heat would be combated by our driving around game parks, not so much to search for game, but to enjoy a slow drive with the aircon on high. But, for this trip, the aircon failed to work and we were forced instead to lie in the pop-top tent of the Land Cruiser, naked as the day we were born, covered in damp towels and lazily spritzing ourselves with water.

The Cruiser was a new vehicle that we had purchased and excitedly taken through to Botswana over Christmas. It’s not that we hadn’t tested the van out before. We had done a trip from Cape Town to KZN and another one to the Drakensberg – only, we had done these trips in winter!

So, frankly, it was only once we were days away from civilization and too eager to holiday that we were to discover, to our incredible inconvenience, that the aircon was out of order. As jy dom is… 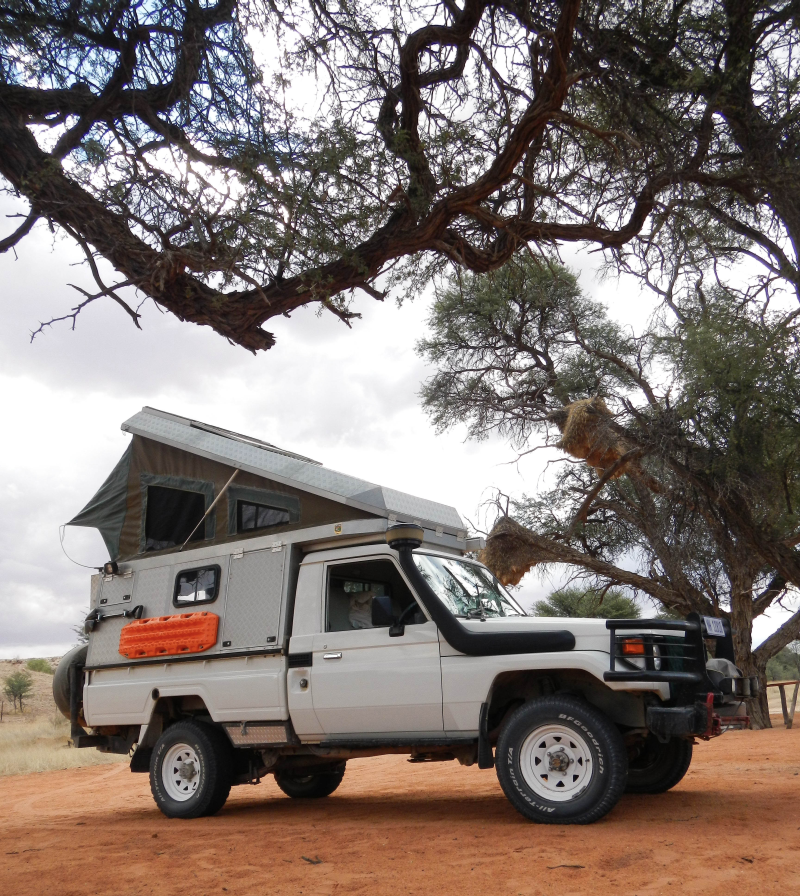 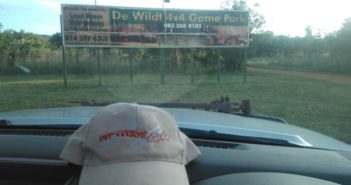 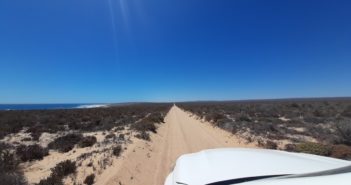