Words and Pictures by Andrew Middleton.

Although more usually known for its wildlife, deltas and vast grassy expanses, the quiet desert recently awoke to an all-new kind of roar – the growl of internal combustion in its finest and rawest form. For an inside line into the incredible sport, we joined Deon Venter (the owner of 4×4 MegaWorld) and his son, Jason, at the recent Botswana 1 000 Desert race. Covering almost 1 000 km in a weekend and over some of the most arduous terrain imaginable, the Botswana desert race is overlanding on steroids… and then some.

The 4×4 MegaWorld team consists of two cars (each with a driver and navigator), a handful of mechanics, and more testosterone than an elephant in musth. The two race cars compete in different classes: the class S vehicle is powered by a largelystandard 4.0 V6 from an FJ cruiser. The chassis remains fairly standard, too; but, of course, the Hilux-based off-roader has extremely high-tech Reiger suspension, and a roll cage. The interiors of both race cars are unrecognisable, and sequential gearshifts are achieved with a one-forward-five-back motion, similar to that of a motorbike. There’s also a large handbrake lever to yaw the car into tighter sections.

Although it is similar in appearance to the class S car, the class T Hilux, piloted by Deon’s son, Jason, is full Dakar spec. Jason’s car has competed in two Dakar rallies and came third-in-class last year with Giniel de Villiers behind the wheel. Although the class T Hilux may bear the famed bakkie’s name, its similarities with a common Hilux bakkie end there. The chassis is a full tubular steel space frame, and power comes from an imported Lexus 5.0 V8. The bodywork is all fibreglass, and the radiators are located behind the cab. It is also very loud, sounding more like a warzone than an engine.

For Friday’s qualifying, Jason’s Hilux was sent out early, as a ‘sweeper’. The ‘sweeper’ is the unfortunate car which is first on track. In desert racing, it’s a bad position to find oneself: the circuit will not have been established yet, but will still resemble a twiggy twee-spoor track. 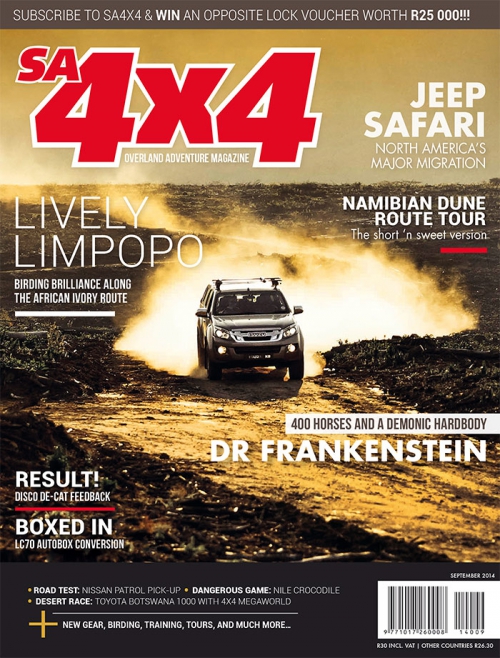