“The old bugger will be faster than a bullet, now! Just listen to that.” In still damp clothes because of our collective dunking in the tidal estuary, I jumped back from the open bonnet and raised a screwdriver in triumph. Mandi raised an eyebrow.

After the clean-up and tune, the soggy old truck sounded beautiful, but his soggy passengers sounded lost as we draped the map on the bonnet to find roads with the elusive Saadani and no damn estuaries.

Mandi asked reasonably: “So, where are we, exactly?”

I carefully studied the map, pointed to my boots and scratched a cross in the sand: “Here − exactly.”

The Michelin map 155 covers the whole of Southern and East Africa from Cape Town to Bangui in the Central African Republic, so it is not particularly detailed. Anyway, that’s our defence for being lost.

The track north continued to test nerves and twenty-three years of Solihull’s finest, but we found Saadani and drained the last four bottles of Coke in town. Well, at least we knew where we were on the map. From there, we crawled (mostly in low range) the 75 klicks to Pangani through the tropical vegetation of the Saadani ‘game reserve’. Tractors were the only other vehicles, and their drivers gawped as we bounced, slushed, or climbed past with a jaunty wave, and eventually crossed the wide river at Pangani on a motorised ferry. Our job was to supply petrol for the outboard.

After this, the road improved into viciously potholed and broken tarmac. 14th Century Arab ruins, a mosque and tombs were a fascinating distraction, but calling us was ‘The Baobab Beach Hotel’
about 55km north in Tanga. We were fantasising about cold beers, or a G&T with cubes of clinking ice, followed by a steak and a hot shower before sinking into cloud-soft beds, so we hurried. We will never learn.

Of course the ‘hotel’ was decrepit and the manager took our essential (forged) currency declaration form and refused to return it, using the lie that he was going to send it to his head office and have it checked, which could take a week… thus blackmailing us into staying. We were seething at this latest scam and shuffled off to our cell to find dirty, rock-hard beds with torn, mozzie-blooded sheets and a filthy ‘bucket flush’ bathroom down the corridor, with no water. I lost it, and stomped to the ‘reception’ to give Mr Fawlty hell.

Buckets of hot water arrived to allow a wash down, before we collapsed onto orthopedically sprung concrete… It wasn’t long before we bashed open the front door to sleep on the Landy’s foam mattress. 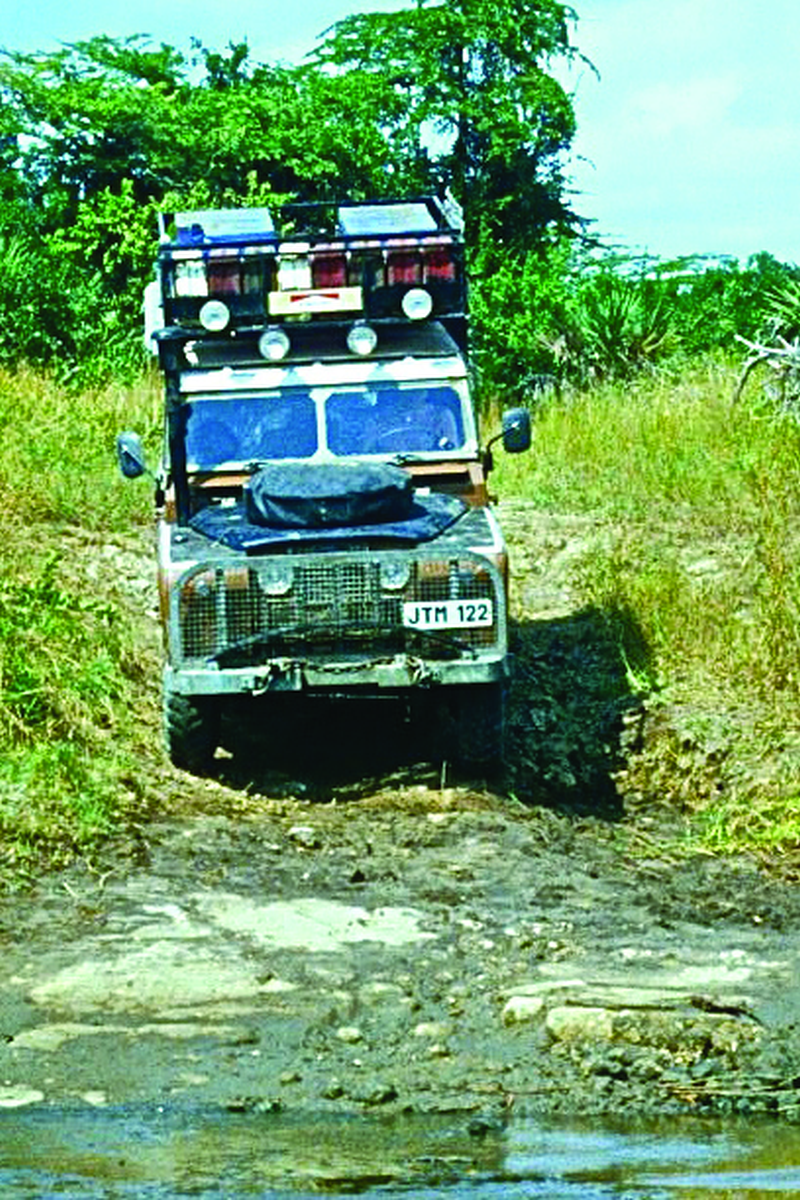