Looking back at what effect Carnage Canyon has had on one’s psyche in the past, one can only say that ‘mixed feelings’ is putting it mildly… From high water levels to multiple breakages, to flash floods, to vehicle recoveries… one can truly say that this trail covers all the bases.

This year saw the first of its kind in sunny SA – our very own Ultimate 4WD Adventure. Normally, the rules
call for complete self-sufficiency, which means that you are responsible for yourself: food, shelter, parts, fuel, sanity and sanitary; you will not be babied. However, we elected to ease everybody into this first event by providing food and accommodation as part of the package, and only one night would be spent on the trail.

Obviously, the first rule of Ultimate 4WD Adventure – no whiners – was still strictly enforced. Of all the entries received, only 20 made the final cut, and they were raring to go on the morning of Thursday September 3. The convoy assembled at the Petroport North of Pretoria before proceeding to Soetdorings Country Lodge just beyond Polokwane.

This year’s furthest travelling entrant, JJ Jacobs, who hails all the way from Port Elizabeth, had arrived at 4×4
Traction in Polokwane a full two days prior to the event: in time to have some last-minute internal beadlocks and heavy-duty steering fitted to his Jeep TJ.

On Thursday night, all were assembled at the lodge for vehicle scrutineering, and everybody received a goodie bag filled with some swag before a night time-trial and 4×4 Traction 25° RTI ramp followed. There were quite a few surprises on the RTI ramp, which, in layman’s terms, tests one’s 4×4 suspension flexibility – that is, how well it keeps the wheels on terra firma. 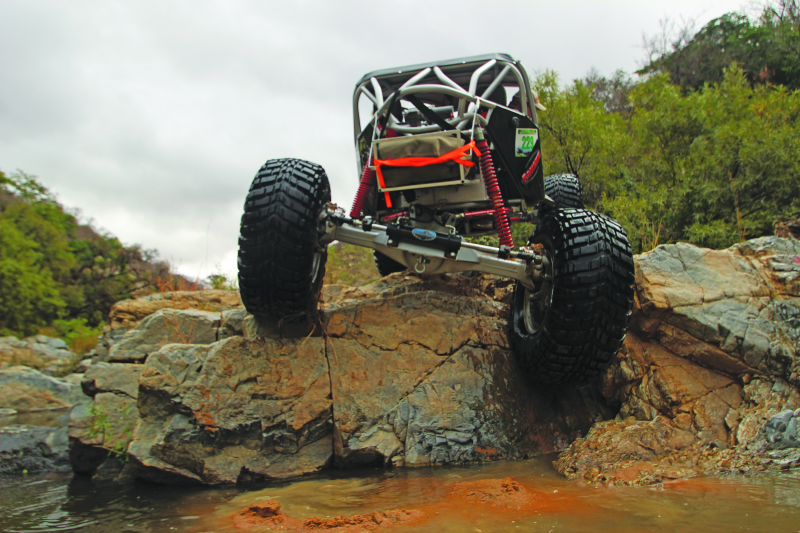