Traversing the West Coast of Africa requires visiting a minimum of 12 countries, and optionally up to 24. There are many reasons to skip certain countries – safety, weather, visa issues, and even Ebola outbreaks closing the borders. More often, sometimes a country is skipped simply through lack of interest. On the coast, and straddling the Equator, lies the small and often-overlooked country of Gabon. Gabon seems to be one of those countries that are skipped due to a lack of interest. Virtually no-one explores the remote corners, and there is almost no information about what can be found when venturing deep into the dense jungles which the country has in spades. 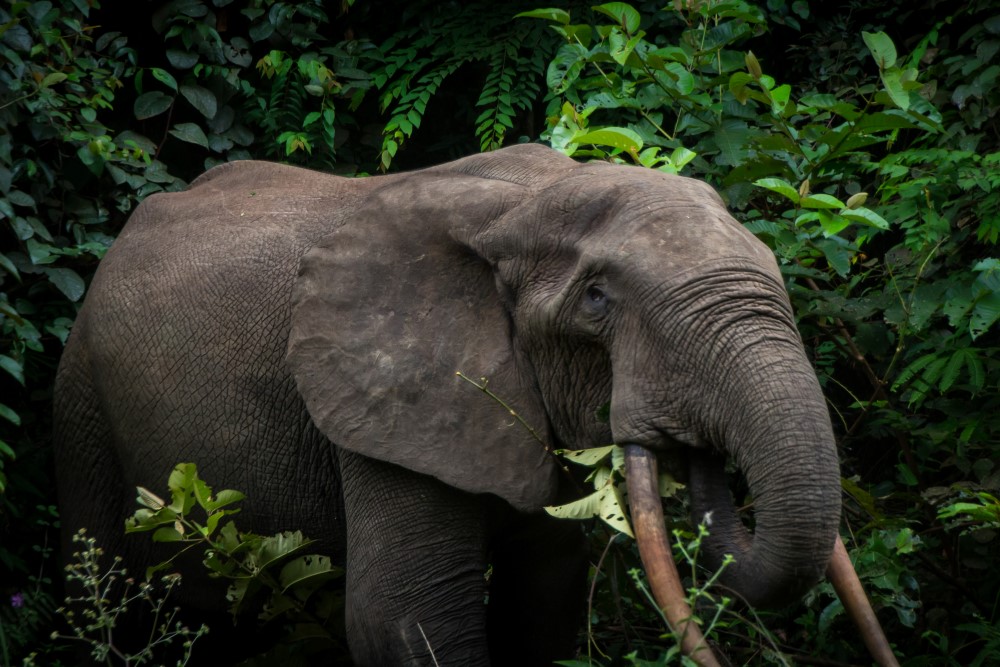 This elephant emerged from the jungle near Loango.

The mighty rainy season is forecast to start during my visit, and my now battered-and-torn Michelin map shows that only the main North-South highway is paved. All other roads appear to be dirt tracks though dense jungle. Gabon’s population is so low (fewer than six people per square kilometre) that it is one of the least densely populated countries in the world. The vast majority of the country is wild and untouched, and is mostly set aside as protected parks and wildlife reserves.

What will I find if I venture into the remote corners? Are the roads even passable in the wet season? Will I find enough food, gas and supplies to make it through on my intended route?

There really is only one way to find out; and so I dive in, not really knowing what to expect.

For the second time in my life, very far from home, I drive my Jeep across the mighty line on the earth, the Equator. Years ago I drove across in Ecuador, and I am grinning like mad thinking about where I will be the next time I manage it. Not long after this, I turn off the major North-South highway and aim for Lopé National Park. National parks in Gabon have been set up exclusively as a playground for rich foreigners, with prices around $500USD per day for entry and accommodation. Because of that, I am not so set on actually visiting the park, being more interested in the adventure and beauty along the way. When small grassy mountains rise all around, I know immediately that I have made the right decision.

The dirt road winds along the shore of the monster Ogooué River, at times cutting through jungle, open plains, forests and grasslands. At night, I simply find a clearing off the road to set up camp. In three days, and hundreds of kilometres, I see only two other vehicles.

After a jaw-dropping sunset, I am treated to the best lightning show of my entire life. After first being in the distance, the wall of lightning slowly moves towards me, perched high on a bluff. And, while I am sitting outside transfixed by the light show, the trumpet of a wild elephant makes my hair stand on end.

Later, when the torrential downpour begins, water pours off the front corners of the Jeep’s pop-up roof, creating a virtual river. The storm is now directly overhead and is so close that the thunder and lightning are instantaneous; I feel each boom deep in my chest.

The fancy lodge at Lopé is well outside my budget, and the manager suggests that I find a man who might be able to help me search for gorillas deep in the park. At a military roadblock on the edge of town I meet Ghislain, and together we come up with a budget-friendly way that we hope will find the gorillas. 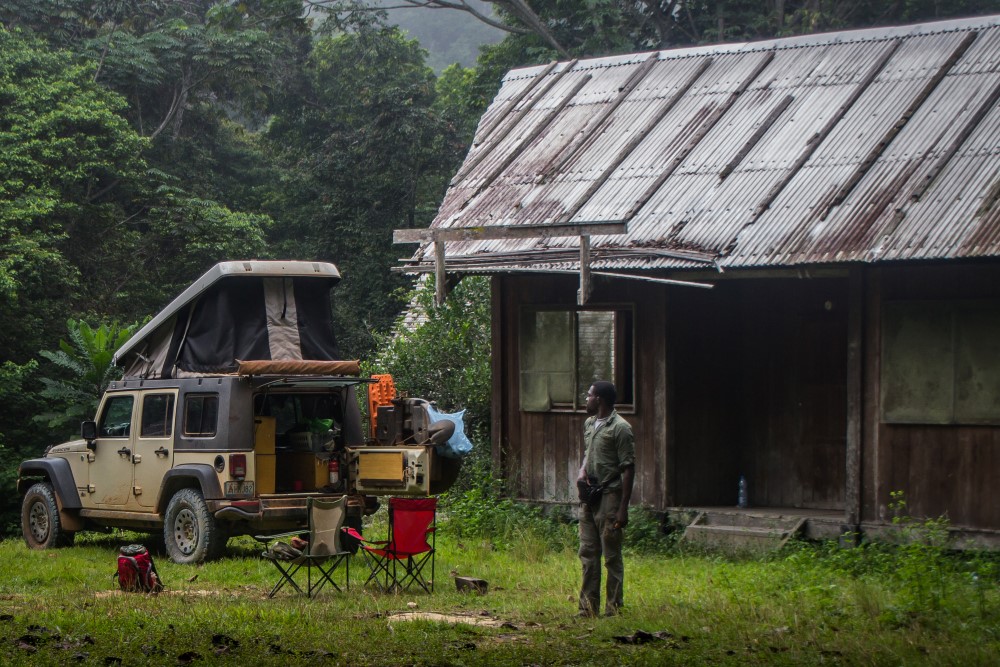 Ghislain and the campsite in Lopé National Park near the abandoned gorilla station.

I pay a small fee to the local community, then head into the heart of the park on a few kilometres of seriously overgrown jungle trail. Our destination is a long-abandoned gorilla research station where Ghislain worked as an animal tracker, and where I set up camp for the night. In the morning, we hike for many hours through the jungle, always alert for animal signs. When we finally catch up with the gorillas, I am speechless. The female clinging to a tree watching us is enormous, and her facial expressions are shockingly human-like.

On the hike back, we hear an elephant loudly calling out, less than 400 metres away. We both freeze and listen carefully, before Ghislain explains that this is a very bad situation. Based on how the elephant is calling, he thinks it must be injured or distressed, and we absolutely must not approach any closer. Every time the elephant trumpets, my hair stands on end and I am frozen in place. Even for a little forest elephant, he sounds mighty, and I have no interest in tangling with him.

To keep following Dan along his exploration of Gabon, be sure to grab a copy of our August issue! 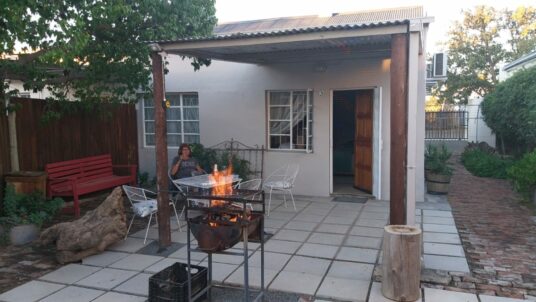 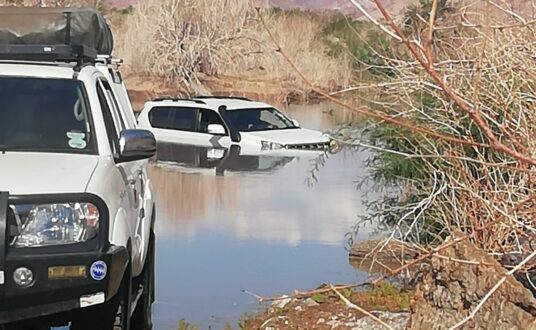