Take a deep breath. Pause. Close your eyes, and quiet your mind. The wait is finally over. The Defender is here, reimagined and forged anew for the 21st century.

Land Rover has spent a good few years teasing the 4×4 world with snippets and scraps from the development process, and over the past few months, we’ve seen plenty of updates as the next-gen Defender was put through its paces around the world. 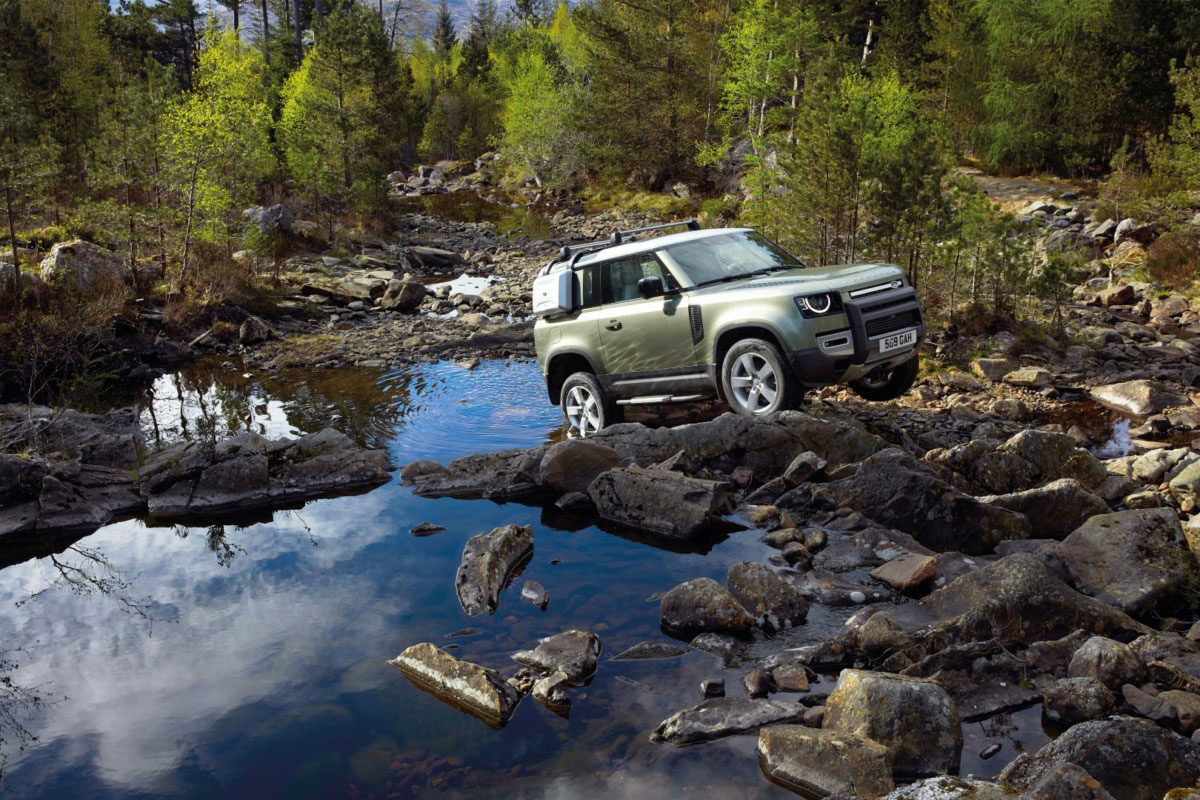 According to the marque, the prototypes were put through 62 000 tests, withstanding 1.2-million kilometres of travelling through intense heat, numbing cold and dramatic altitudes. But enough about the past – the future is here, available in 110 and 90 variants, and they’re freaking cool.

Surely, one of the biggest challenges facing the new Defender is living up to the off-road prowess and all-terrain versatility of the original models. First, let’s look at the numbers on the 110:

Those are some remarkable numbers, especially with regards to the fording potential. Water crossings are assisted by the Terrain Response 2 system’s new Wade function, and that’s just the tip of the technological iceberg. 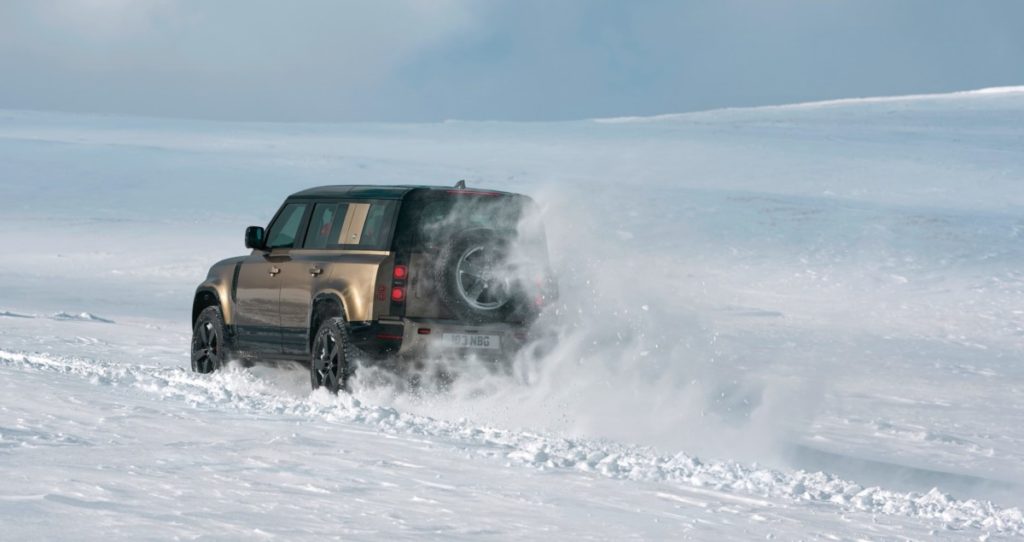 With the new Configurable Terrain Response system, Land Rover says that experienced off-roaders can fine-tune vehicle settings to perfectly suit road conditions, while newbies can rely on the Auto function to silently select the best calibrations.

Add to that the ClearSight Ground View camera system, and the Defender seems like an unbeatable, unstoppable, and technologically-unmatched off-roader.

Naturally, all that tech needs a solid foundation, and Land Rover delivers in the shape of the purpose-engineered D7x monocoque architecture. It’s a 95% new design that Land Rover claims is three times stiffer than traditional body-on-frame setups, and it’s complimented by fully-independent air or coil suspension.

At launch, the 110 will be offered with the choice of either a 3.0-litre straight six P400, or a 2.0-litre D240 turbodiesel. The petrol produces 294kW and 550Nm, while the diesel peaks at 177kW and 430Nm. Land Rover promises that more options will be made available to coincide with the later launch of the SWB 90.

You can also bet that the new Defender will bring a new level of efficiency, a feature that was never really associated with the original incarnation. A Formula 1-inspired flat underbody is just one of the features added to reduce fuel consumption.

Homage to a legend

There is no doubt that the public would never embrace a new Defender that looks completely different to the original. That’s why Land Rover has echoed the boxy, robust looks of the past in the new Defender’s design language. 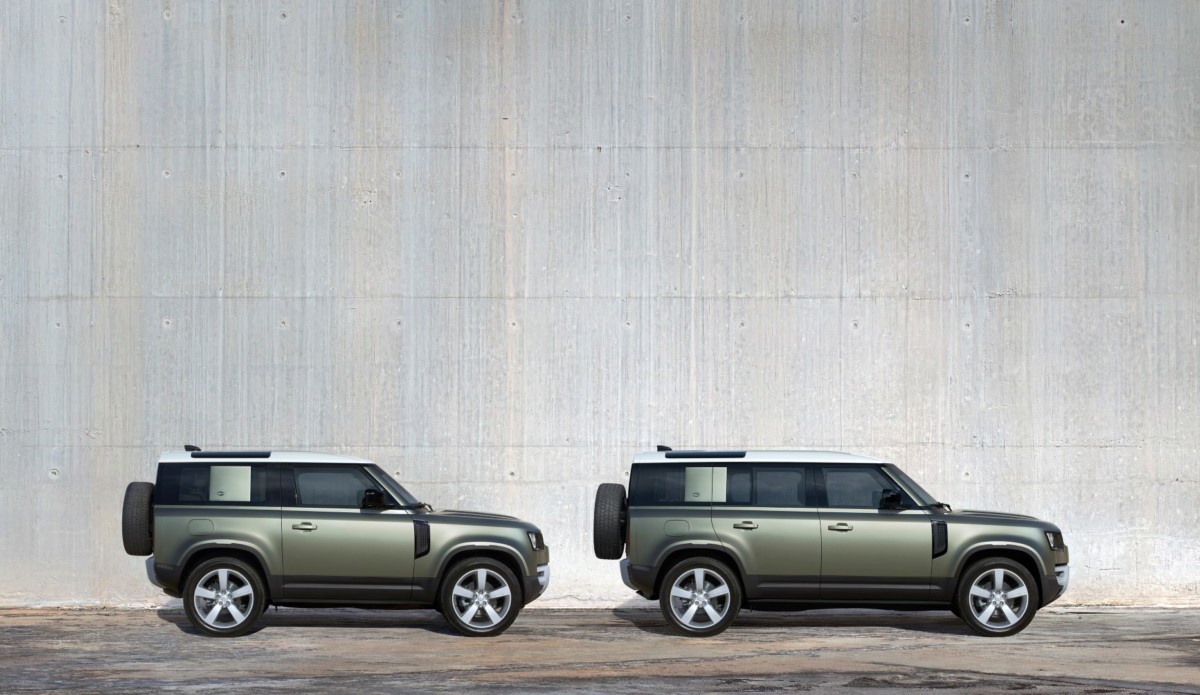 The silhouette is remarkably unchanged, but somehow entirely new. The original Defender was always designed to be functional first, but the new model has added some class and refinement, without compromising on utility. The front and rear overhangs are as pared back as ever, translating to excellent approach and departure angles, and the side-hinged tailgate has been retained for ease-of-access.

Naturally, the spare wheel has to be mounted on the back. It just wouldn’t be a Defender without it. There’s plenty of flat metal on the bonnet, too, just the way we like it.

Form follows function, and that D7x construction was created with overlanding in mind. That’s why the new Defender has a payload rating of 900kg, a static roof load capacity of 300kg, and a towing capacity of up to 3 720kg. It definitely sounds like a Defender, regardless of what you think of the looks.

Perhaps the part of the old Defender most direly in need of a 21st century upgrade, the new Defender’s interior is on par with modern Land Rover standards. Having said that, it retains some of the rugged appeal of its forebears.

The new Pivi Pro infotainment system promises to be more user-friendly than ever, adding touch-screen sophistication and a full suite of technological aids and media options. Software updates now happen over the air, ensuring the system always performs flawlessly.

Tech features aside, the cabin has been made far more comfortable than before, with five, six or 5+2 seating configurations in the 110, combined with a whopping 2 380 litres of loadspace with the rear seats folded flat. The 90 can seat six people, thanks to a ‘jump seat’ that pops up in the front row, taking cues from the Land Rovers of old. That also explains the dash-mounted gear shifter!

That sense of function extends to structural elements, which have been left exposed to emphasise minimalism and practicality. The flooring has been double rubberised, meaning you can still wash the mess away after a long trip.

The full suite of new Defenders comprises of trim grades S, SE and HSE, as well as the range-topping Defender X. In addition, a very special First Edition will be sold throughout the first year of production. These variations can be augmented with four accessory packs, namely Explorer, Adventure, Country and Urban, each designed with a specific purpose and owner in mind.

Land Rover also promises its widest range of individual accessories ever, including winches, rooftop tents and tow bar systems. So, how much are these mean new machines going to cost?

Whether you’re a fan or a skeptic, there’s no denying that the new Land Rover Defender is a force to be reckoned with. It promises to be fantastically capable and suitably modern, while paying its dues to the old tanks that gave it its name. Bring it on!