Originally launched in 1989, the Discovery was based on Range-Rover architecture, sharing its driveline and chassis, but coming in at a lower price. This placed the Discovery between the off-road biased Defender and the more upmarket Range Rover. The position of the latest Discovery in the Land Rover group’s line-up is exactly the same as it was nearly 30 years ago – though, of course, the all-new Disco is more advanced than ever.

Land Rover’s latest Discovery features a raft of new
technology that aims to bring together the best on-road
and off-road abilities. But does it?

Like most other 4x4s over the years, the Discovery has gone from a rough-andtumble, solid-axle bushwhacker to a luxury barge that is primarily used by school-run mums and the odd caravanner. Despite this, the latest Discovery uses a host of new technology to make it possibly the most capable example of the breed to date, both on and off the tar. 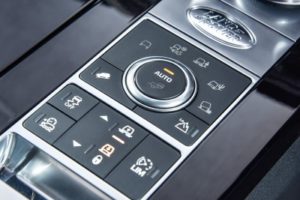 To build a vehicle that not only works well on tar but also off it, is a near impossibility without a raft of electronic traction and stability aids. Off-road vehicles must stand high and offer at least two diff locks and large wheel articulation. On-road skills demand that the vehicle hugs the ground and resists body roll.

First and foremost on the list of off-road driving tech is the new Terrain Response 2 system – which works exactly like the old one, just better. Driving modes include grass, gravel and snow; mud and ruts; sand; and rock crawling, though these gradings are almost superfluous as the ‘Auto’ mode takes care of most situations by itself. Each mode has a specific throttle mapping steering response (electric power assist), suspension set-up (ride height and firmness) and traction control parameters. There’s also a new system called All-Terrain Progress Control (ATPC) which is essentially an off-road cruise control that attempts to maintain steady progress between 2kph and 30kph regardless of terrain. We tested this system by towing a trailer loaded with 480kg (the total weight, including trailer, was around 800kg) up a 20° incline with axle-twisters deep enough to lift a wheel. The system locks and unlocks the centre and rear diffs automatically, and keeps those wheels which have traction turning incrementally, even when the vehicle is halted by the heavy trailer. Eventually, even after deliberately stopping halfway up the hill, the Disco managed to get going again, using half and quarter turns of the wheels to slowly make progress in first gear low range.

Other background processes include suspension that lowers as you reach highway speeds, for better aerodynamics and enhanced stability; the usual blind-spot monitoring system; and a high-definition surround-camera system. The Disco will also park itself and even reverse your trailer into small gaps for you semi-autonomously.

The ‘All New Discovery’ (Land Rover don’t call it a Discovery 5) is now up to 480kg lighter than the Disco 4, but uses the same 3.0-litre supercharged V6 petrol and 3.0-litre turbodiesel as before. This massive weightsaving has a noticeable effect on performance, and the new Disco accelerates, brakes and turns like none other before it. The weightsaving can be attributed to the monocoque chassis borrowed from the current big-body Range Rover. Front suspension is also shared with the latest Range Rover, and, thanks to the Disco no longer being shaped like a brick, it offers hushed NVH levels similar to those of its big brother. To summarise: the new Discovery is as comfortable and quiet as a Range Rover, and even better off-road. 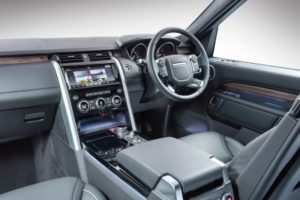 The interior, which is as sumptuous as ever, is also mostly shared with the top-spec Range Rover (why buy the RR?) and includes seven seats, with the third row easily large enough for adults under 175cm. Sumptuous leather covers everything from the dashboard to the touch points for the third-row passengers, who also get their own USB and 12V sockets. In fact, you can spec the Disco so that it has 9 USB sockets and heated seats on every row. And, thanks to new seat-folding tech, you can fold all seats completely flat in 14 seconds from your iPhone.

Apart from clever seats, the interior features hidden cubby holes all over (even one behind the aircon controls) and a massive hidden console under the cup holders that is big enough for four iPads. With all the seats folded flat, you’ll get 2500 litres of cargo space, though seats can be individually raised and lowered using the iPhone app, buttons on the seat itself, the touch screen, or from buttons in the boot.

Another massive improvement over the previous Disco is the touch screen control interface. The 8-inch unit is intuitive, large, clear, and offers drivers a myriad of options without being too distracting. The screen also links to cameras surrounding the vehicle, which makes placing wheels off-road or hitching a trailer much easier. The screen can also be set to display info such as wheel articulation, diff-lock activation, and traction control activation − where graphics display spinning wheels if a tyre loses grip.

The question of the day seems to be centred on whether the brand has been softened by the move through the generations from solid axles and ladder frame (Disco 1 and 2), through a hybrid monocoque (Disco 3 and 4), to a full monocoque chassis in its latest version. Despite the more road-biased chassis architecture, the Disco still offers impressive specs, including 283mm of ground clearance (with the air suspension at full height at low speeds only) a 34-degree approach, 27.5-degree break-over, and a 30-degree departure angle, in addition to a 900mm wading depth and 500mm of wheel travel on each wheel.

In short, the new electronic 4×4 systems are phenomenal, and work to drag the beast up rocks and through axle twisters which its svelte city-slicker looks would indicate it has no right to traverse. Diff-locks engage and disengage automatically, and where necessary, other tech such as off-road ABS, Hill Descent Control, Gradient Release Control, Electronic Traction Control, Roll Stability Control and Wade Sensing are brought into play either automatically, or via a few quick stabs at the touchscreen controller.

While the new tech is as effective as it is modern, I’m not sure if the latest Disco is as refined as the old one on a gravel road – partly thanks to the smallest wheel size being a 19- inch. The likes of Kingsley Holgate have got around this problem by shaving cooling fins off the rear brake calipers and ordering special wheels that clear the rear brakes; but, even then, 18-inch rims are as small as you can go.

So, on the one hand, the Disco is more capable than ever, thanks to its suite of electronic aids; but on the other, it’s been ruined for sustained off-road use simply by having very large wheels.

The latest Discovery is an improvement on the old one in almost every aspect; it’s a world-class product which will be extremely difficult for its competitors to match. Unfortunately, much of the technology mentioned in this article is in the form of expensive options, and base-model vehicles lack features. That being said, for those who need a powerful, comfortable SUV that’s genuinely capable off-road, the Discovery may be your first pick. 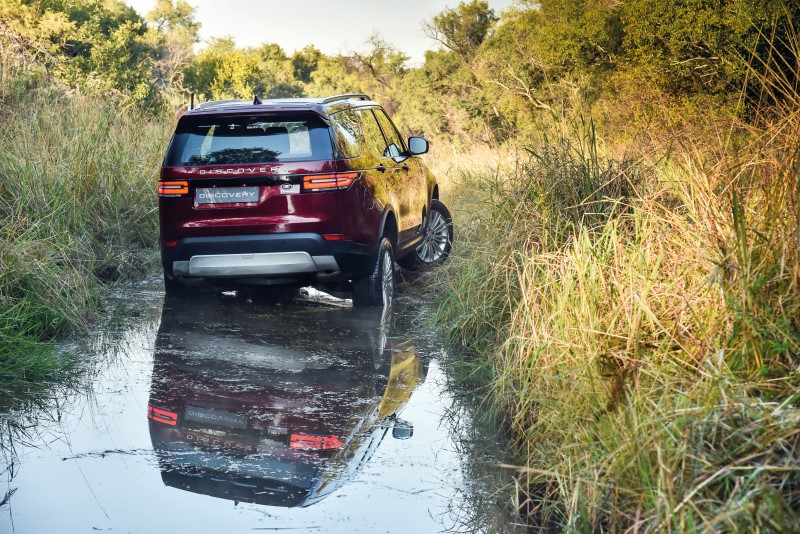 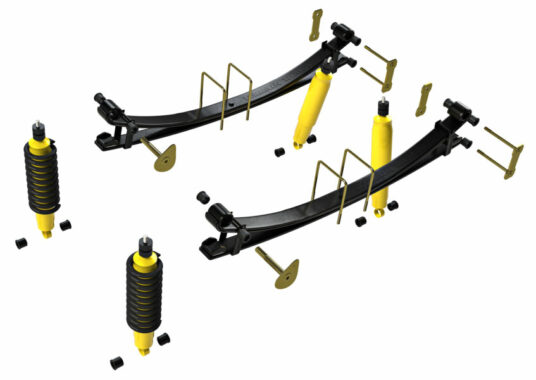