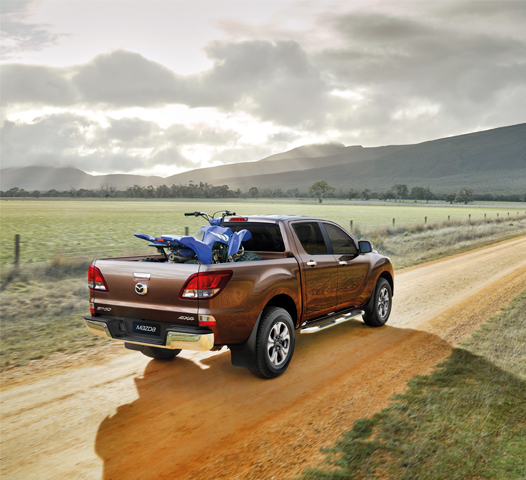 Launched in 2012 as an alternative to mainstream one-ton pickups, the BT-50 hoped to tempt ‘lifestyle’ buyers. The philosophy was that carlike styling would attract people who work in the city and do lifestyle activities on the weekend (like dirt biking, cycling, camping, etc), and need a do-it all vehicle with style and capability. Unfortunately, the plan didn’t quite work out; and, despite extremely capable underpinnings, the radical Kodo design put many punters off. For this facelift, Mazda has introduced a much more subdued face to the BT-50, with new headlights and a front end that’s said to exude a more powerful presence.

The interior has also seen a few notable updates, including a reversing camera integrated into the rear-view mirror, Bluetooth-controlled sound, a multifunction steering wheel, and cruise control. The BT-50 will be offered in two trim levels (lower SLX level and higher SLE level) and in both 2×4 and 4×4 variants with a choice of automatic and manual transmissions. For now, the only 4×4 model available is the BT-50L 3.2L DE SLE 4X4, which is available in both manual and auto.

As before, Ford’s proven 3.2-litre 5-cylinder (147kW) and 2.2-litre four-cylinder (110kW) turbodiesel engines and transmissions are utilised. Most notable is the fact that the facelift BT-50 is now fully imported from Thailand, as opposed to being built in SA. This is said to have improved overall quality dramatically, and thus gives Mazda the ability to introduce a best-in-class warranty of three years and unlimited kilometres. 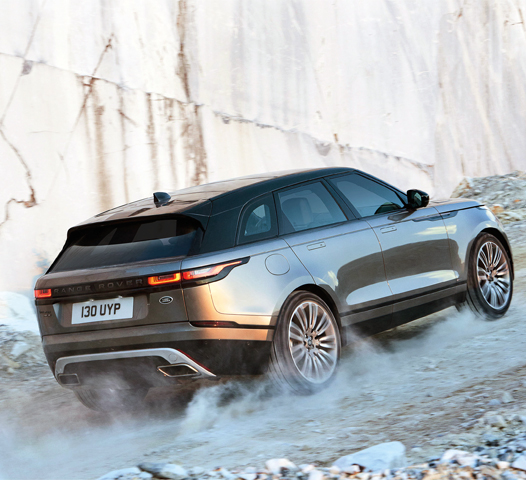 What you’re looking at here, says Land Rover, is your own personal butler. A vehicle that not only takes you from A to B, but also learns about you as an individual; servicing your needs, but never intruding, just like a good butler. This is all thanks to a brand new, extremely hightech infotainment system that allows for a minimalist, almost button-free, interior.

The Velar, which has been confirmed for South Africa, fills a gap between the Range Rover Sport and smaller Evoque, in both price and size. This new design shaves about 50mm off the length and width of the RR Sport, creating a more nimble, city friendly machine. By size then, the Velar will go head-to-head with the likes of the Porsche Macan, BMW X4, Mercedes GLC, or JLR’s own Jag F-Pace.

Its advantage will be the option of air suspension on the top models, and the full electronic off-roading package including Terrain Response II and All- Terrain Progress Control.

Similarities with the F-Pace don’t end in dimensions. The Velar shares its alloy monocoque structure, as well as engines, with the Jag. Two Ingenium 2l diesels will be introduced with 132 and 177kW respectively. A 2l petrol mill with 184kW will also be available and later a more highly strung 220kW may be introduced. As for the big V6s, JLRs well-proven diesel and petrol versions come with 221kW and 280kW respectively, though the diesel boasts an immense 700Nm torque output. The big V6s will also come with air suspension, whereas the rest only get adaptive dampers and coils.

Expected in the final part of this year, the Velar will be available in a variety of trim levels, and though SA pricing has not been released yet, expect it to start slightly north of R800 000 and top out at well over R1.2m. 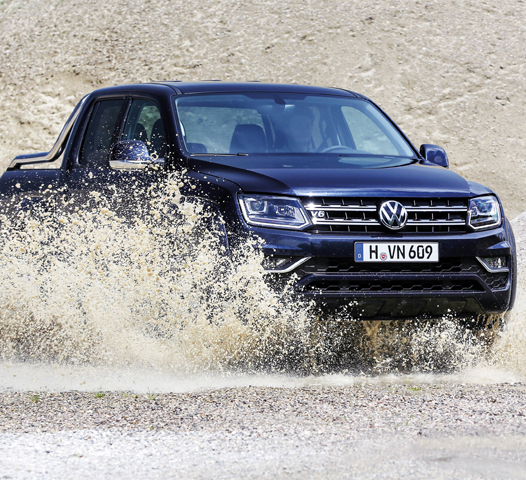 Having languished largely unchanged for the past few years, the Amarok was due for an update. And, as of June this year, anyone with one of those ‘Only milk and juice come in 2 litres’ stickers on their bakkie will get a rude awakening, as the new V6 Amarok blows past.

Initially confirmed with a sizeable 150kW output, VW recently announced that by its SA launch in June this year, a 165kW version would also be available – with 550Nm available from only 1500rpm, making it perfect for towing and off-road use.

The engines are the same units as found in the Touareg SUV, although here tuned for more durability and better fuel consumption with only one turbo, as opposed to the Touareg’s two.

Transmitted to the ground through an eight-speed ZF automatic gearbox and Torsen centre differential, the permanent 4WD Amarok claims fuel consumption of 7.6l/100km from the topspec V6, while emitting less than 200g/km of carbon dioxide.

Existing 2.0l single and twin-turbo diesel mills will continue as before, making up the lower end of the Amarok range.

As expected, strides have been taken to improve the already-upmarket interior of the Amarok. New materials, a colour 3D screen on the instrument cluster, a centrallymounted touchscreen, satnav, leather and enhanced voice activation are all on the features list.

With such a high-standard spec level and by far the most refined engine in its class, obvious rivals like the Hilux and Ranger are somewhat excluded. Instead, the Amarok V6 will tackle an as-yetuntapped super-premium bakkie segment, only to be joined by the new Mercedes- Benz double cab, later on, and with the new Navara biting at its heels in the ride and refinement departments.

At the time of print, pricing had yet to be confirmed, but expect top-end models to be approaching the R800 000 mark. 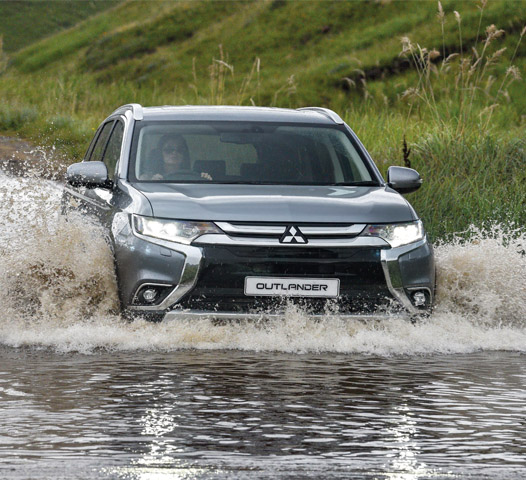 To bring SA’s Outlander up to speed with what the rest of the world has already had since last year, it’s received a few tweaks. Most obvious is the new ‘Dynamic Shield’ frontend design, boasting swathes of chrome and new LED headlights. The rear end also has new taillights, but to less dramatic effect.

On the inside, you’ll see the same spacious seven-seat cabin as before, but now with a premium Rockford Fosgate 710W sound system, as well as a nine-inch drop-down screen for the second and third rows that connect to wireless headphones.

Mechanically, the Outlander remains unchanged, apart from a new six-step CVT transmission; it retains its 2.4-litre 123kW/222Nm four-pot petrol engine. Power is sent to all four wheels through Mitsubishi’s S-AWC (Super All Wheel Control) 4WD system that automatically sends power to the rear wheels when needed − though the front wheels do most of the work in normal conditions to save fuel. Three modes for the system are available, including 4WD Eco, which prioritises front drive, 4WD auto, which will more readily send power to the rear, and 4WD lock, which maintains a 50/50 torque split best for slippery conditions.