The much anticipated new Navara has been on our roads for around a year now, and although they’re still not selling as well as Ford or Toyota, it’s a credible alternative with an interesting, high-tech approach.

So far, South Africa has received only the premium diesel double-cab versions, which use coil springs to control the solid rear axle. It’s an interesting take, perhaps due to the fact that the platform and development strategies have been shared with Renault (for the upcoming Alaskan bakkie) and Mercedes-Benz (the X-Class). Now it seems that the next Triton will carry the Navara DNA, since the Renault-Nissan alliance has acquired a stake in Mitsubishi.

So, it’s pretty much a world car. Back to those coil springs, which typically react better to high-frequency bumps like corrugations than leaf springs ever can, and thus provide a very comfortable, stable ride on fast gravel. It’s arguably best in class, or at least on par with the softly sprung Amarok V6. Despite comfortable suspension, the Navara can still pull 3.5 tons and carry just over a ton in the back. Coil springs have also aided articulation, and the Navara scores well amongst its peers – on our RTI ramp it had a score of 394, which is not far behind the latest 2.8 Hilux double cab’s 411.

Off-road, the Navara suffers from the shortcomings of any long-wheelbase bakkie, but it’s also extremely easy to drive thanks to a seven-speed auto which gives the Navara a very low crawling speed – perfect for rocks. Unfortunately, the gearbox has a tendency to ignore inputs in manual mode when in low range, and refuses to pull off in second low. 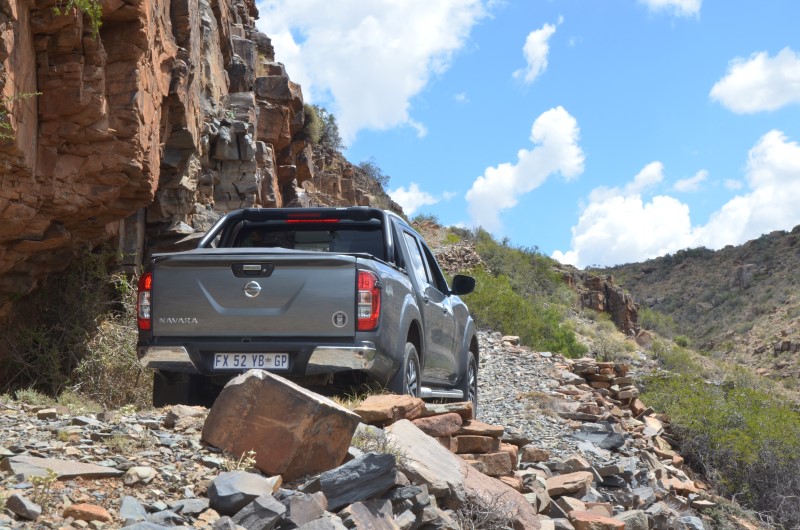 On the practicality front, the new Navara made our lives easy with a lockable tonneau cover and sturdy mounting points in the load bay, with a clip-in cigarette-lighter socket for the fridge. Usually the fridge has to go on the back seat, so this was a welcome addition, as were other interior creature comforts like the rear passenger air vents and an electrically operated rear window. The new Navara boasts extra space for rear passengers, which includes more hip and leg room compared to the old D40 − throughout our four-day road trip, there was never a complaint from the back seat, even with long-legged front occupants.

Unfortunately, that’s where praises for the interior end. Unlike Ford’s built-in SYNC 3, or the intuitive touch screen found in an Amarok, the Navara has a decidedly aftermarket-feeling infotainment system which is almost as difficult to use as it is to see. When the sun is up, which happens almost every 24 hours, the display reflects light and becomes nearly illegible. On top of that, a chrome surround to the gear selector also reflects said sun into your eyes. This became so annoying during our drive that we put a hat on the shifter during midday use. 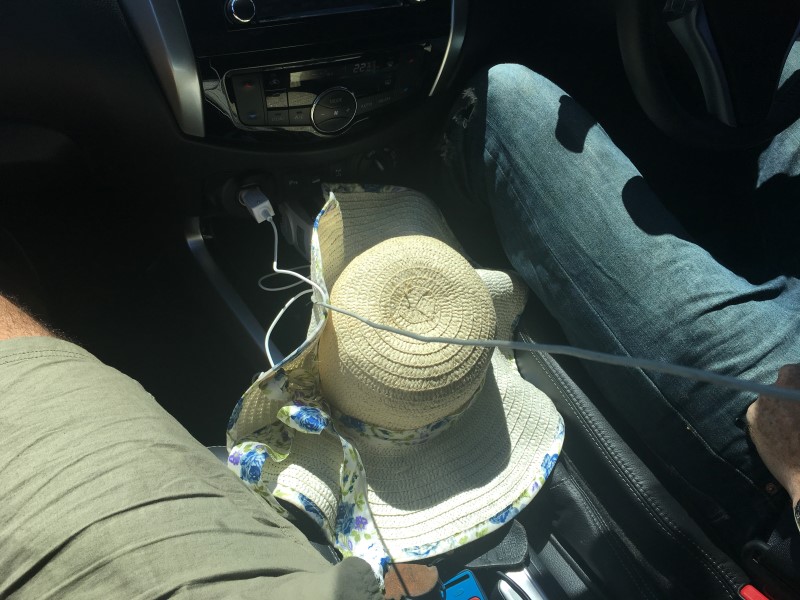 The solution to our glare problem.

Powered by a twin turbo 2.3-litre engine, the Navara sits in about the middle of the bakkie range in terms of performance with 140kW, but produces its power in an extremely smooth and linear way. The broad power band and minimal turbo lag makes for an adept rock crawler that never feels strained or flustered. The 7th ratio is also very high, allowing for comfy 2500rpm cruising on the highway, and resulting in good fuel economy and low noise. 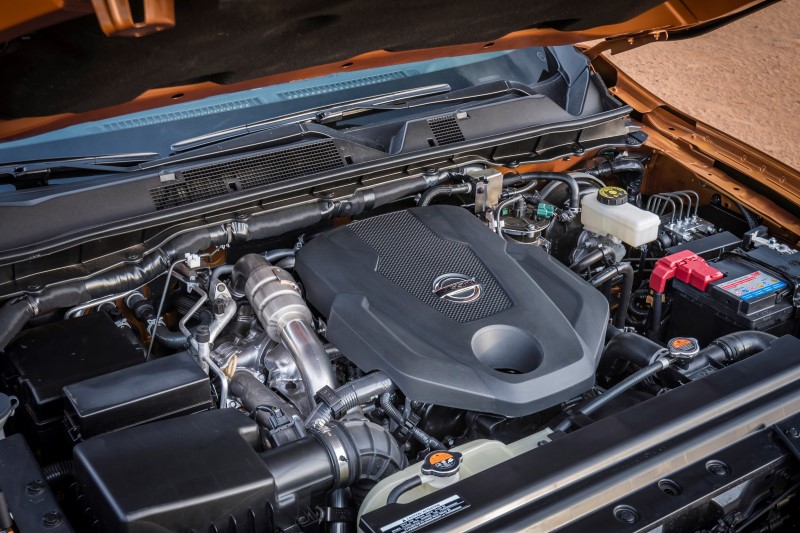 To summarise, then, the Navara is an extremely handsome, high-tech bakkie that’s great to drive, and has smart features and comfortable suspension. A few cheap interior components lose it a full thumbs-up, but it remains a great alternative to mainstream offerings and is certainly worth a test drive.