In this four-part series we look at what it takes to build a “Class O” Ford Ranger for the Avis Safari Rental fleet. We follow step-by-step the modification process from standard to tough overlander. This month: Pedders TrakRyder suspension …

Buying and kitting out a 4×4 for serious overland use is not a cheap exercise. Apart from the initial new-vehicle buy in, one can easily run up a R200 000 bill for accessories fitted – both of these often on HP. Then there are the monthly fuel and insurance costs. It’s an investment in a lifestyle with lasting benefits, but if you are dabbling, and perhaps want to ensure that you buy the right vehicle and the right kit assembly, there is another way: hire a 4×4 for your next planned trip before you buy.

What Avis Safari Rental supplies is a fully kitted and insured vehicle that you’ll never have to service or worry about after your trip is done. By renting an equipped vehicle you can forget about storage issues, long-term reliability, service costs and even the odd paint scratch. It has appeal for local travellers, and has been the perfect choice for inbound tourists for many years.

Avis started this arm of its operation in 2014, and currently has a rotating population of about 100 vehicles in their fleet, of which 90% are rented to a European audience. Many are German, looking to explore the likes of Namibia, Botswana, South Africa and Zimbabwe and countries further north during the cold European winters.

Due to the fact that these clients don’t generally live in SA, it makes sense for them to rent an equipped vehicle. A client’s average trip is between 7-8000km long and during that course the vehicles are subjected to some of Africa’s harshest conditions – from extended use over rough terrain ranging from corrugations and rocky rivers to thousands of kilometres of highways. About half of the lifespan of an Avis Safari Rental vehicle is spent off -road and loaded, therefore the safety, load-ability and comfort aspects of the build are paramount.

Unlike the new Hilux, which when launched did not off er stability control on base models, Ford’s new shape T6 did. It also came with an automatic gearbox and 2.2-litre turbodiesel engine which was easy to drive and offered a five-star safety rating. For this reason the Ranger was selected as the base for almost all Avis Safari Rental vehicles.

Due to the fact that much of the custom equipment is designed to fit the Ranger, Avis will continue using it for the foreseeable future. It is a notable aside that the 2.2 Auto uses on average 2l/100km more fuel than the larger 3.2-litre auto when fully loaded, returning an average of 15l/100km from most trips. Avis has a handful of 4.2-litre diesel 70 Series Land Cruisers in the fleet. Some clients simply insist on a Cruiser, even if these are slower, more expensive to rent and run, while being less comfortable.

Typically, the popular ‘Class O’ Ford Ranger camper which we are following in this build series will have a service life with Avis of 70 000km, give or take 20 000km depending on the condition of the vehicle. At this point the vehicle is de-fleeted, suspension and accessories are removed and the vehicle returned to standard before being sold on through the Avis Pre-Owned division.

Pricing for safari 4×4 vehicles varies distinctly between the classes of vehicle requested, and Avis has provided a range of set-up options suited to different conditions and larger or smaller group sizes. Request a quote from the contact form at the bottom of this article. 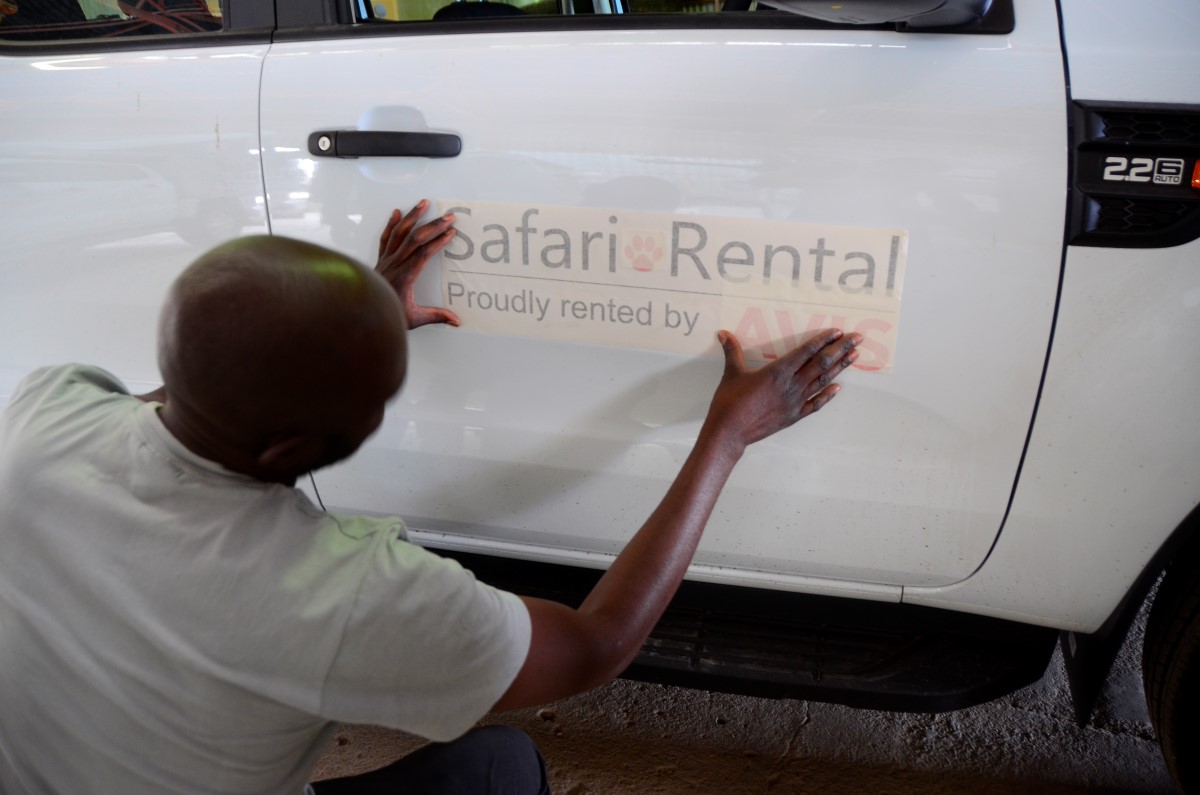 Pedders TrakRyder suspension is one of Australia’s leading brands, and was chosen for all Avis Safari Rental vehicles for its ability to handle the tough, high-load conditions meted out during the rental lifespan of the vehicle. 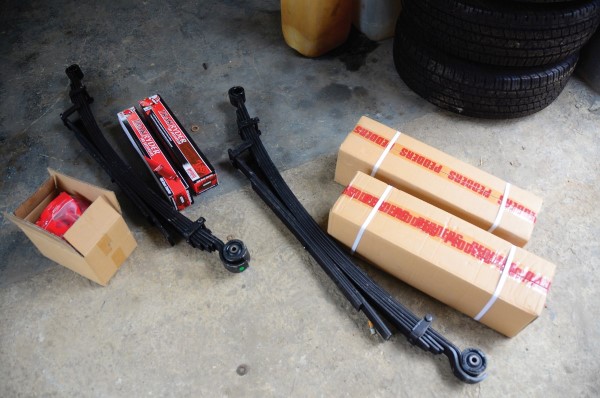 For the purpose of this article, the Ranger’s load bay was removed for visibility and accessibility. A Pedders 40mm bore (standard 35mm) foam cell shock absorber is used, along with the heavy-duty imported five-leaf rear springs. This is much beefier than the standard three-leaf set-up. These are supplied with equally robust polyurethane bushes. 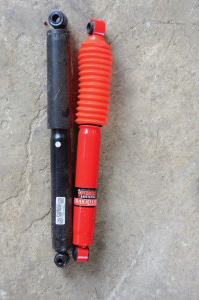 A far as fitment pace goes, the Pedders scores amongst the technicians at the Avis Safari Rental factory in Johannesburg where the vehicle are built. They are able to fit two suspension sets a day, mainly because the front strut/coil assembly is preassembled, unlike most other systems which use parts of the original equipment.

It is worth noting that ll aspects of the Pedders equipment, from leaves, to shackle hangers, to U-bolts, are built stronger than the original – the images make this abundantly clear.

In order to aid stability of the rental vehicles, the Pedders suspension does not provide much, if any, lift. However, and this is crucial, when the vehicle is loaded typically with almost a ton of equipment and passengers, it is able to maintain standard ride height. 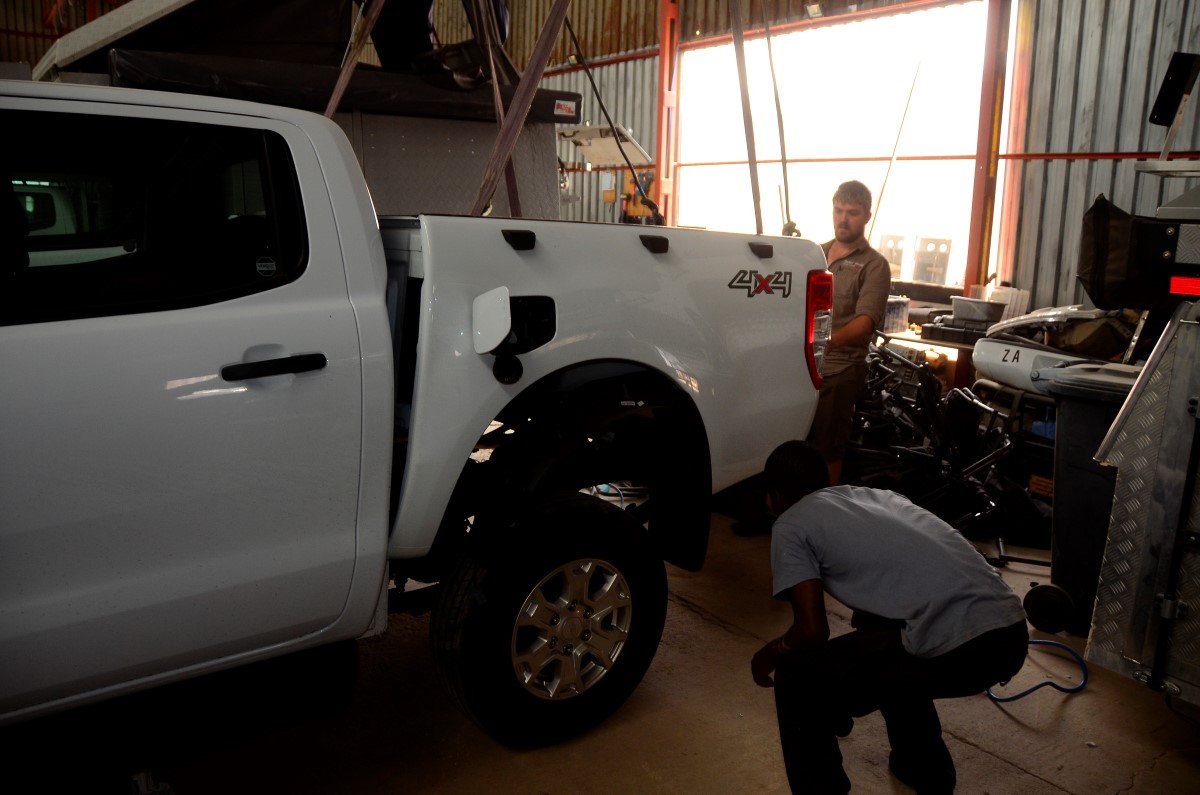 Remove load bay. Six bolts hold the load bay to the chassis and with the help of a crane, the load bin comes off in less than 10 minutes. Jack up vehicle and load suspension by placing jack stands under axle. 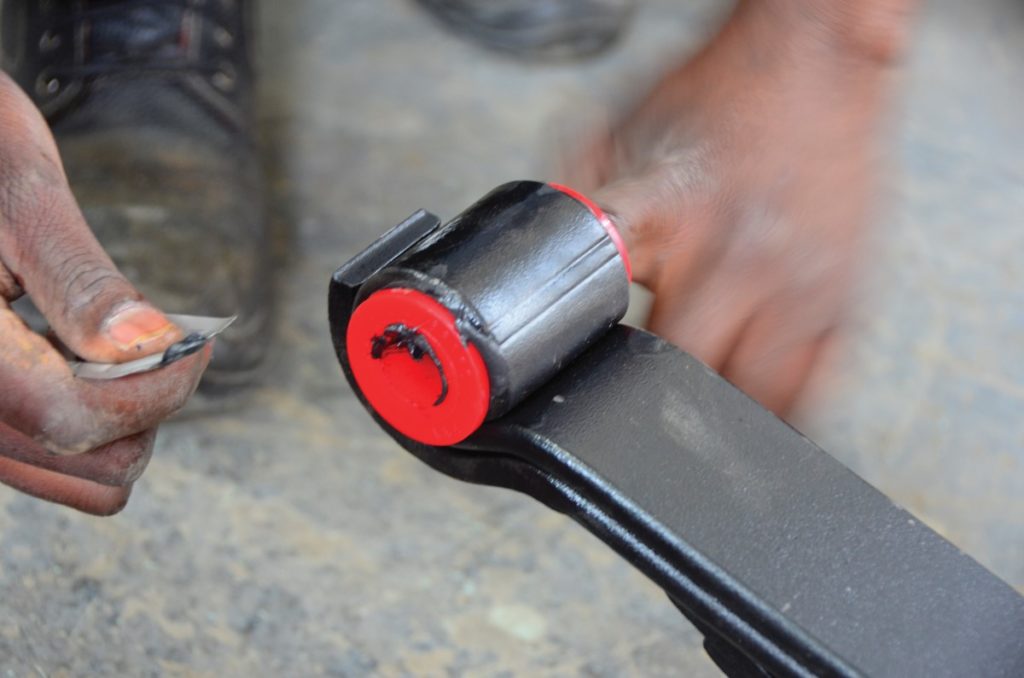 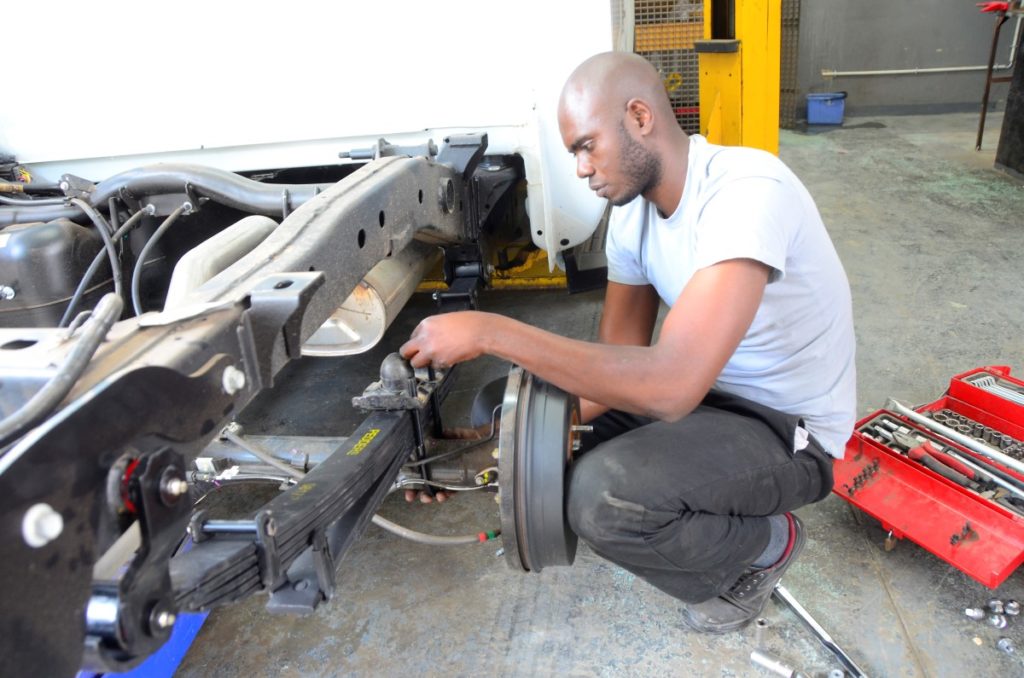 Remove original leaf springs and shackles. The standard nongreasable shackles will be replaced by a greasable one – lubricated with high pressure graphite grease to enable a longer service life. 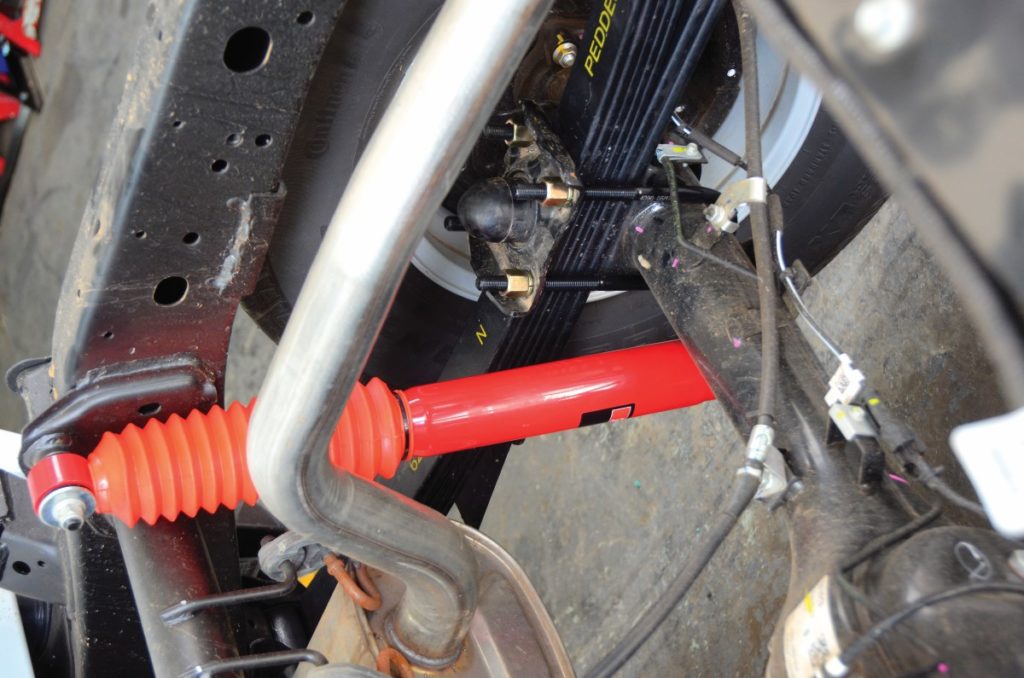 Replace standard U bolts with Pedders heavy-duty items. Install the leaf springs and shock absorbers to the rear and tighten the bushings with load on the rear. Retighten again after a test drive. 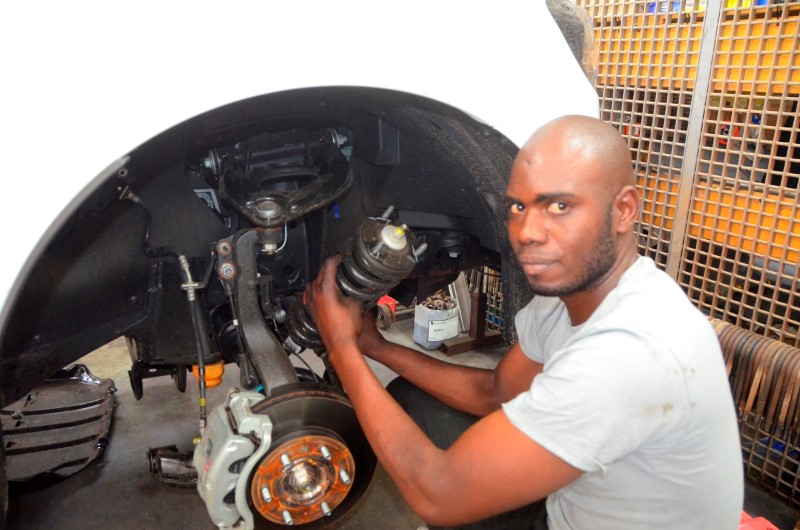 The front suspension installation is fairly straightforward due to Pedders supplying pre-assembled front struts, so this step comes last. A new heavy-duty top mount for the strut is also supplied for added strength. 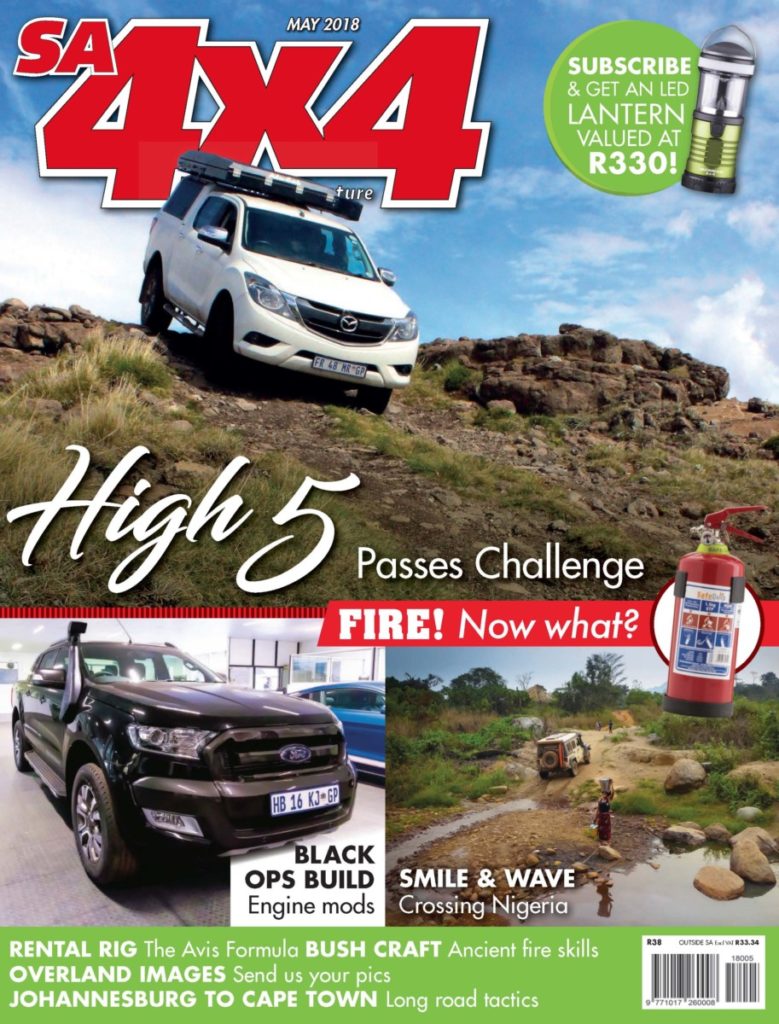