Sodwana Bay in 1974 was a pretty remote outpost of the old Natal Parks Board operations. I began my service as a ranger there, straight from the campus of the Natal University. I was a city boy, although I had grown up in Irene, a small village near Pretoria, and had spent time prowling around the veld there.

Sodwana Bay at that time had no telephones, and the only direct communication links with the outside world were a daily radio call-up at 7AM on the big SSB radio set which was powerful enough to link us to head office in Pietermaritzburg, and a VHF link with the office at St Lucia. Neither of these radio links operated after 5PM.

The nearest store and police station was at Mbazwana, about 16km away.

That summer, I developed a serious toothache. I radioed the St Lucia office, and asked the ladies there to make a dental appointment for me in Mtubatuba the following day.

“But,” I said, “ask them to make it at nine, or nine-thirty, because I’ll be driving down the beach to Cape Vidal, and via St Lucia, to Mtubatuba.”

Ten o’clock was low spring tide, and that would give me time to make the round trip. I was driving an old, open, 1948 Willys Jeep which I’d borrowed from my brother.

The trip down was one of the absolute joys of my time at Sodwana.

To drive along that stretch of unspoilt clean beach was like being the first person in the world ever to enter the area. One got a faint inkling of what the early explorers must have felt when they first trod unknown paths. The sparkling sea was close at hand, with the early sun back-lighting the rising breakers to give them a wonderfully clear green translucency before they broke in a wash of white foam.

However, one had to look sharp, and not allow one’s attention to wander. The Devil cunningly placed traps for the unwary: traps such as sharply pointed rocks, almost buried in the sand, that could rip a tyre; or bigger ones, equally pointed, that would aim unerringly for the diff or sump and bring the joyous traveller to a juddering halt with precious gear oil dripping into the sand.

There were also what we termed “shooters”. These were waves that broke with unusual energy and sent a finger of water shooting across the beach directly in front of the vehicle. To hit this tongue of water was like driving into a puddle at high speed. Water would spray up violently; it was not unknown for the ignition to be soaked.

To lose power so close to the water was not a good idea, as it was virtually guaranteed to spoil the day.

I managed to avoid all these devilish contrivances on this morning, and made good time, so was able to enjoy a cup of tea with the staff at St Lucia before driving through the Dukuduku Forest to Mtubatuba.

What I hadn’t anticipated was that the damn dentist would extract the offending tooth. With a numb and bloody mouth, I clambered into the Jeep to return to Sodwana.

The road from St Lucia to Cape Vidal was appallingly rough, sandy and potholed, but the little Jeep handled it well.

I gratefully drove out of the forest and onto the beach at about eleven – still plenty of time to get home before the rising tide interfered. 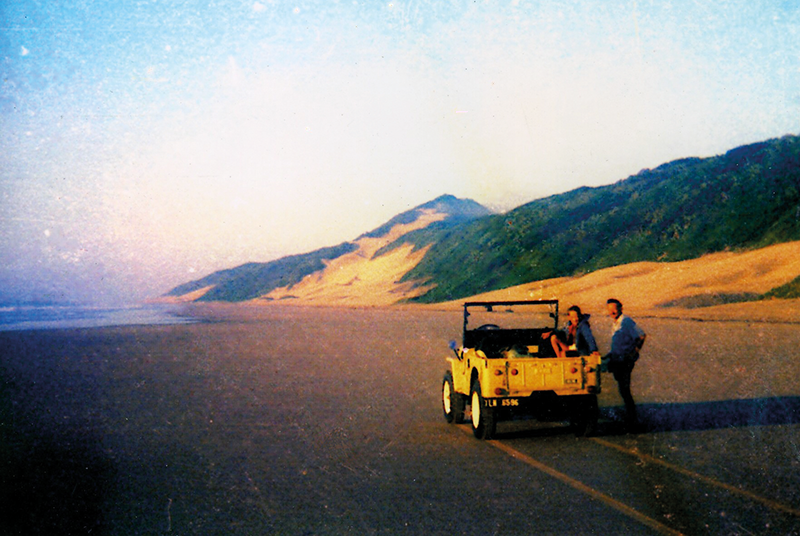