Chile is a very long country. From the border with Peru in the north, to the southernmost point of the Americas at Cape Horn, it extends 4270km along the Pacific Ocean – yet averages only 177km east to west. 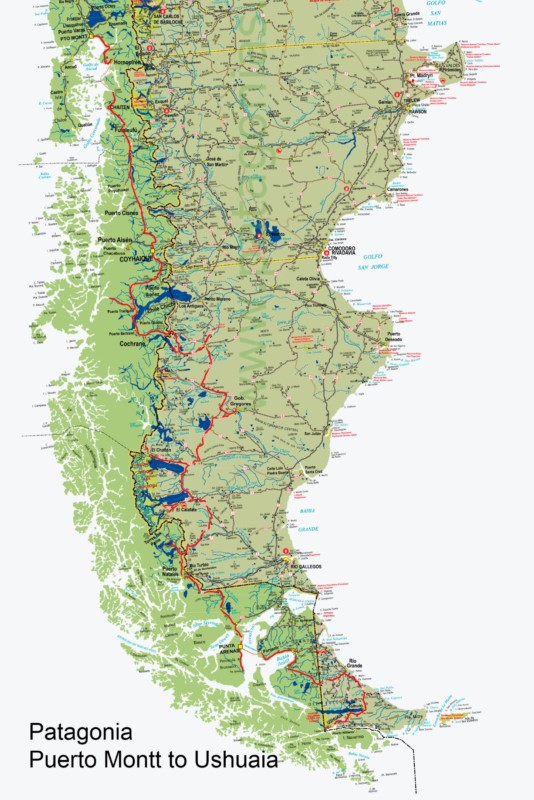 After spending many weeks in the Atacama Desert in the north, our next destination was legendary Patagonia. At the office of Transportes Austral in Puerto Montt, we bought tickets for the ferry from Hornopirén to Caleta Gonzalo.

The road from Puerto Montt to La Arena is a short drive of about an hour, followed by a 40-minute ferry crossing to Pulche − but the climate had changed dramatically. It was cool and wet, and we experienced the first touch of Patagonian wind. Little did we know that the wind would become our constant companion.

The famously scenic Carretera Austral ‘highway’ − an optimistic description − runs for 1240km from Puerto Montt to Villa O’Higgins in the south.

Although we hadn’t had any rain for a long time, the drive to Hornopirén (the next little hamlet along the coast) was extremely muddy and slippery, and we had to drive very carefully in the deep tracks caused by construction lorries.

We could not find a decent campsite when we finally arrived at this small village, so decided to park our Sprinter not too far from the ferry landing at the rocky beach.

The rain fell harder and harder, but we felt warm and cosy in our vehicle. We cooked ourselves a meal and enjoyed it with a bottle of excellent Malbec from Argentina.

It rained all night. When we arrived at the ferry landing, we were told that there would be a delay, due to the weather conditions. We checked the status at the small terminal office every second hour, and at 4pm heard that the ferry crossing had been cancelled for the day. That confirmed me in my hate of ferries!

So, we spent one more rainy night in Hornopirén, and made another draw on our supply of Malbec.

The sun was out the next morning, and the ferry appeared out of the mist on the fjord. As we had parked our vehicle at the terminal, we could jump the long queue and board the ferry early. The cruise to Caleta Gonzalo took about four hours on a calm sea, through fjords very reminiscent of Norway. At the landing, we found a little café as well as the office of Parque Pumalín: an outdoor-equipment-and-clothing company in the USA created by Douglas Tompkins, the founder of The North Face. 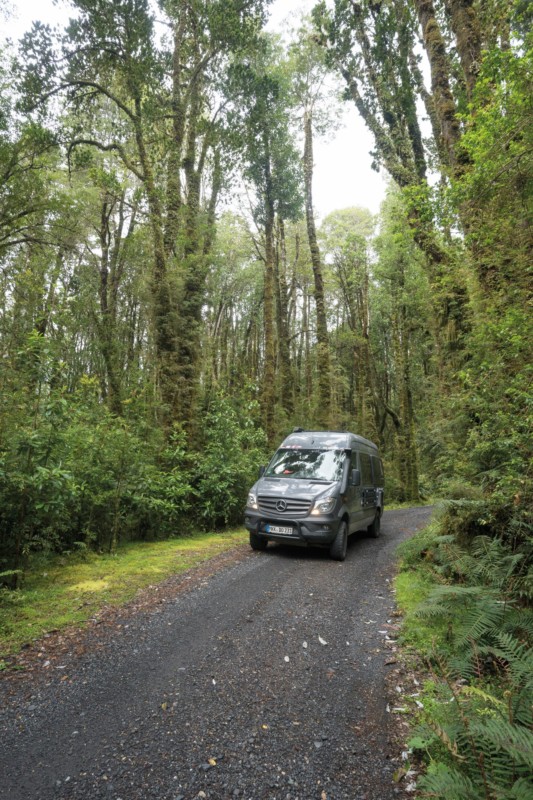 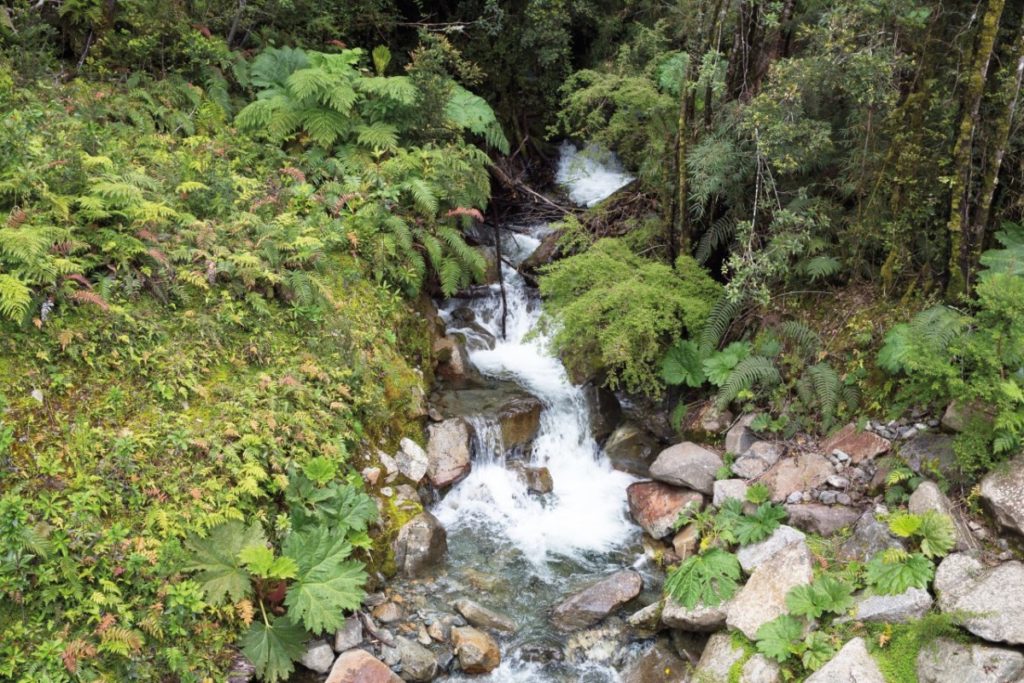 The drive on the unpaved gravel road led us through the lush green park with its beautiful waterfalls and well-kept campsites. Next to a lodge at Lago Yelcho, we found a great spot for the night. 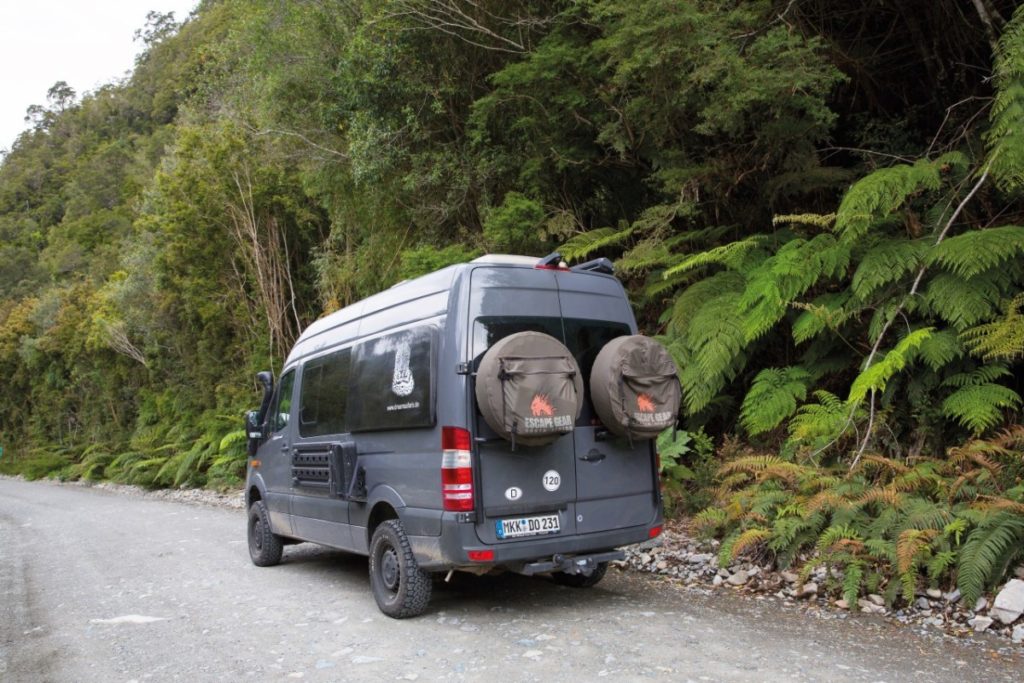 The Carretera Austral is mostly a gravel road, which is sometimes corrugated and has water-filled potholes. The driving is slow, but the stunning landscape compensates for that.

It was many days of driving before we arrived at Puerto Tranquilo at Lake General Carrera. From this little village, one can take a boat over the lake to the Cuevas de Mármol, where one finds beautiful natural structures in marble caves along the edge of the lake.

We saw no other vehicles on the small road that leads from Puerto Tranquilo towards the coast, and after about 40km, we learned why. The road had been closed because a huge piece of glacier had collapsed some months before, causing a massive landslide.

The road was gone and the river blocked, flooding the valley and causing a new lake to form. By now, we had met the owner of Destino Patagonia (a small outdoor-adventure company based in Puerto Tranquilo) and had also teamed up with two good friends, Axel and Claudine, who were travelling in a rental SUV. We had planned to meet up with them occasionally in the Atacama and in Patagonia.

Together, we signed up with Destino Patagonia for a tour the next day to Laguna San Rafael.

That was quite an adventure. Early in the morning, we hopped into a van for a drive to the disaster zone, and then crossed the new lake in a tiny inflatable rubber boat. After walking for some distance on the other side, we found a 4×4 waiting to take us to Bahia Exploradores, the end of that section of road. From there, we boarded another boat for a cruise through the fjords to the Laguna San Rafael, where we were transfixed by the sight of icebergs, and of the beautiful San Rafael Glacier flowing down from the Northern Patagonian Ice Field.

One of the highlights was watching our guide, André, fish some ice from the water for us to have a genuine whisky on the rocks.

We returned the way we’d come.

Some days later, we crossed over to Argentina, using the very rarely-used Paso Roballos. This route follows the deep-blue Rio Baker into Parque Patagonia. 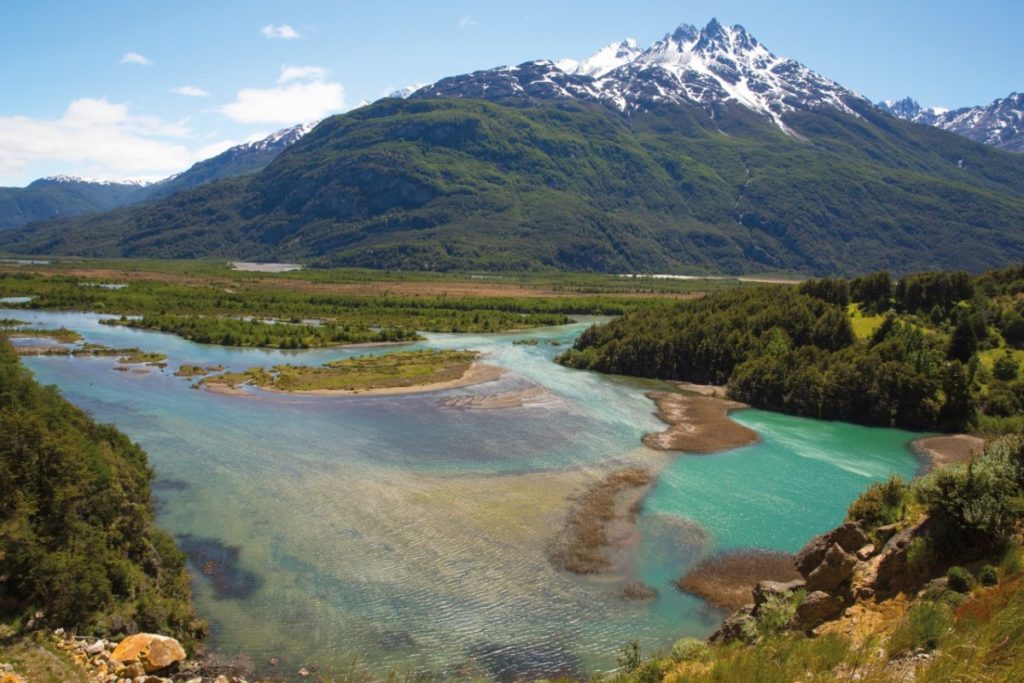 This park is characterised by dry steppe grassland dotted with many guanacos (a wild relative of the Llama), which provide plenty of food for local carnivores, especially pumas.

At the border, the officials looked happy to see us, and with a few formalities out of the way, we were in Argentina again. A short while later, we saw a dead lamb near the road. It had been killed by two Andean condors only minutes before. I jumped out with my camera, and took pictures of the condors as they flew up in alarm. To defend their prey, the two birds flew mock charges right over my head − I could see, in fine detail, their wingspan of about three metres. I held a stone in one hand and the camera in the other… exciting stuff! 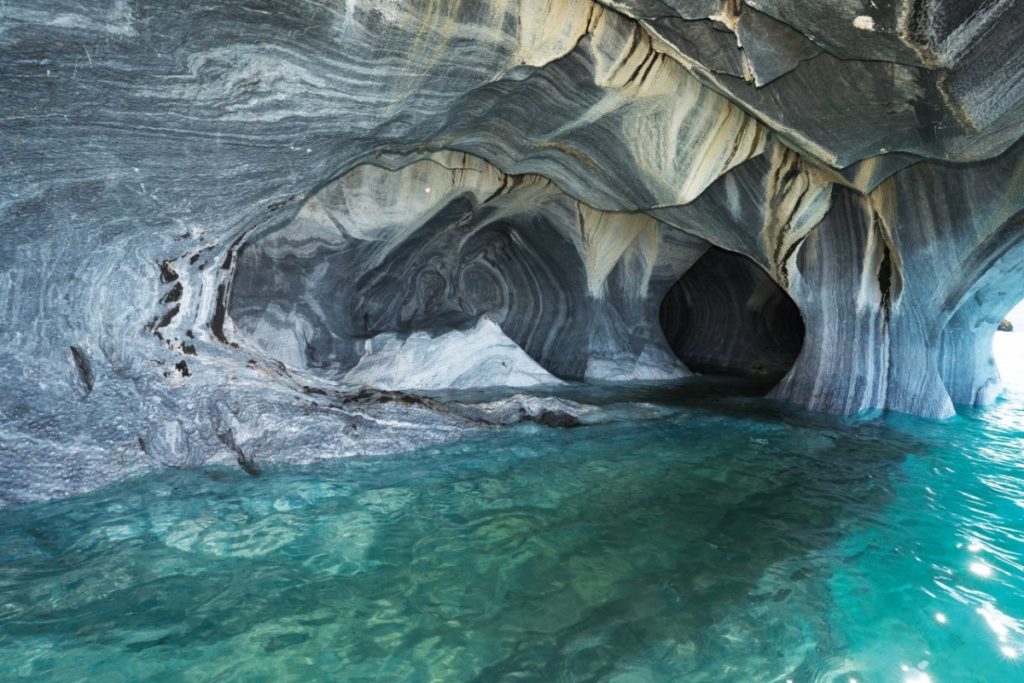 Driving over the wide, flat plans of the pampas of Patagonia in Argentina can be tiring, but the wind keeps you awake. Our next destination was the Cueva de los Manos. Anyone interested in the mysterious art of the San in southern Africa should see these caves, which have been declared a UNESCO World Heritage Site, and were given their name from the hands that were painted 9000 to 13 000 years ago. Apparently, these ancient people used pipes made from bone to spray paint on the wall of the caves to create silhouettes of hands.

For the rest of this South American odyssey, grab a copy of the June issue of SA4x4 while you can!