It was an occasion, the meeting of the Babanango Old Trucks Society. A meeting of those in the Realm of Real Men, those scared of nothing… not hard bed, stormy night, spitting snake nor evil eye: those dedicated to the preservation of old four-wheel-drive vehicles.

As tradition demanded, the gathering was held in Stan’s Bar at the Babanango Hotel, that haven on the road between Nqutu and Ndundulu in distant Zululand. It was dark outside and cold, and mist wafted among the great gums in the yard. Bros was there, and Mr Gemoer, and Wonsok and Wife, and Kaz, and The Woman Who Caused All The Trouble, and The Haggis, and Thomas the Hun, and some others. They were drinking Doctor Bhepimbuzi’s Vusinduku, a local distillation; it was mixed with mango juice and gin.

“Good stuff,” said Bros. This was while he was talking about the Lost City of the Kalahari.

It is an extraordinary notion, he said with a sluk of Bhepimbuzi’s Best, to imagine that people armed with little more than a GPS, in modern four-wheel-drive motor vehicles overloaded with every sort of high tech gee-gaw and toy, satellite phones, radio, iced drinks, roof-top accommodation, and a sort of flying buzz bike, might find a lost city.

Nothing wrong with finding a lost city, but it would surely take more than some lot on a 4×4 Fling to discover the whereabouts of so wondrous a place as is a lost city, and to expect it just to reveal itself. And not just any lost city, mind you, but the Lost City of the Kalahari.

The tombs of the Pharaohs were only discovered after many years of research, perusing of ancient documents, deciphering hieroglyphics, trudging the desert wastes and digging deep holes.
The Mayan Temples were discovered through vague reports by lost explorers and people stumbling about in biting ant- and leech-infested jungles.

It is no surprise that the Lost City of the Kalahari is still lost. Trying to find it has occupied some determined people for years. People who have crisscrossed the wastes of the South Western Kalahari searching for evidence of the stone walls, courtyards and terraces of the fabled Lost City first reported in 1885 by Gilarmi Farini. Witness Albert Albath, who, wandering fruitlessly around the Kalahari and beyond in 1942, was frightened almost witless by a lion, but had little to show for his experience.

No less a person than the famous author Alan Paton was not averse to such a romantic notion, and he, too, spent time digging his lorry out of the long sands on a frustrating and fruitless search.

In 1949, French explorer, Francois Balsan, did the same, wondering around Lokgwabe and what is now the Kalahari Gemsbok Park, with donkeys. No doubt because of his determination, and with French pride involved, the Simca Motor Company of France sponsored him with two great fourwheel-drive lorries fitted with large tyres. This was to assist in the discovery of the elusive City in the sands. The famous anthropologist Phillip Tobias accompanied him in case they bumped into Bushmen.

The Haldeman family from Pretoria wore themselves, their Jeeps and their Navion aircraft, and at least one crew of a South African Air Force Dakota aircraft into a frazzle, looking for the City. So, too, did the famous Kalahari travellers Isak Barnard of Gysdorp, and Oom Eloff of Bray, who spent years roaming the Kalahari following stories and leads.

Happily, the Lost City is still lost, for what adventure is ever to be had looking for a Found City, unless the allure is dancing girls? No. No self-respecting Lost City would ever simply reveal itself − Google Earth notwithstanding. Its discovery should surely be the result of a momentous event. And it was just such an event that prompted this story: the 100th anniversary of its discovery. 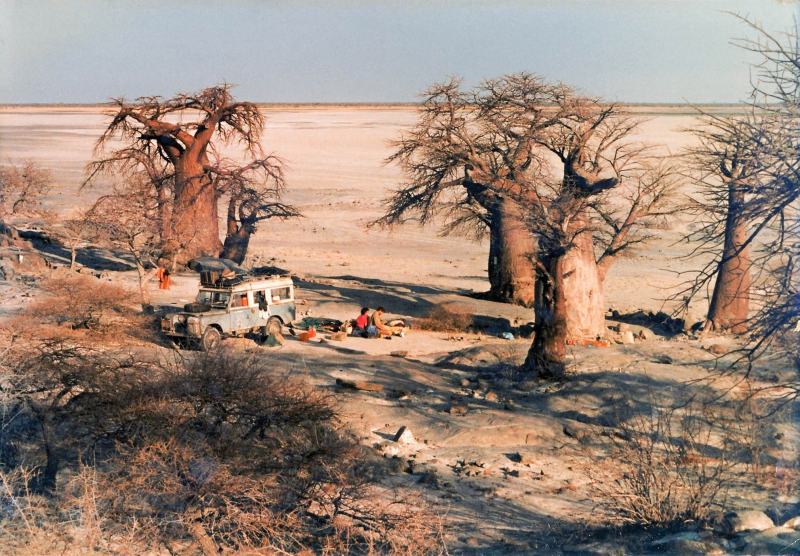