Home » The Wild Guide: The Leopard

If lions are the ‘king of the jungle’, then leopards have got to be its ‘prince regent’! Powerful, athletic, graceful and stealthy, they are the epitome of an apex predator. Leopards are one of the most adaptable of all cats, having a wider distribution than any other large carnivore.

The fact that it is the most common large predator found in southern African fossil deposits, which date back 1-1.8 million years ago, pays tribute to this adaptiveness. The word ‘leopard’ stems from the Greek words leōn (lion) and pardos (panther), and the ancient belief that it is a hybrid of both. Such an idea is of course the stuff of legend, with the lion and the leopard having diverged from a shared common ancestor some 2-3 million years ago. The modern leopard emerged 470 000 to 825 000 years ago in Africa (different fossil dating methods give different results) with Asian populations believed to be descended from African leopards, founded in an out-of-Africa dispersal event. 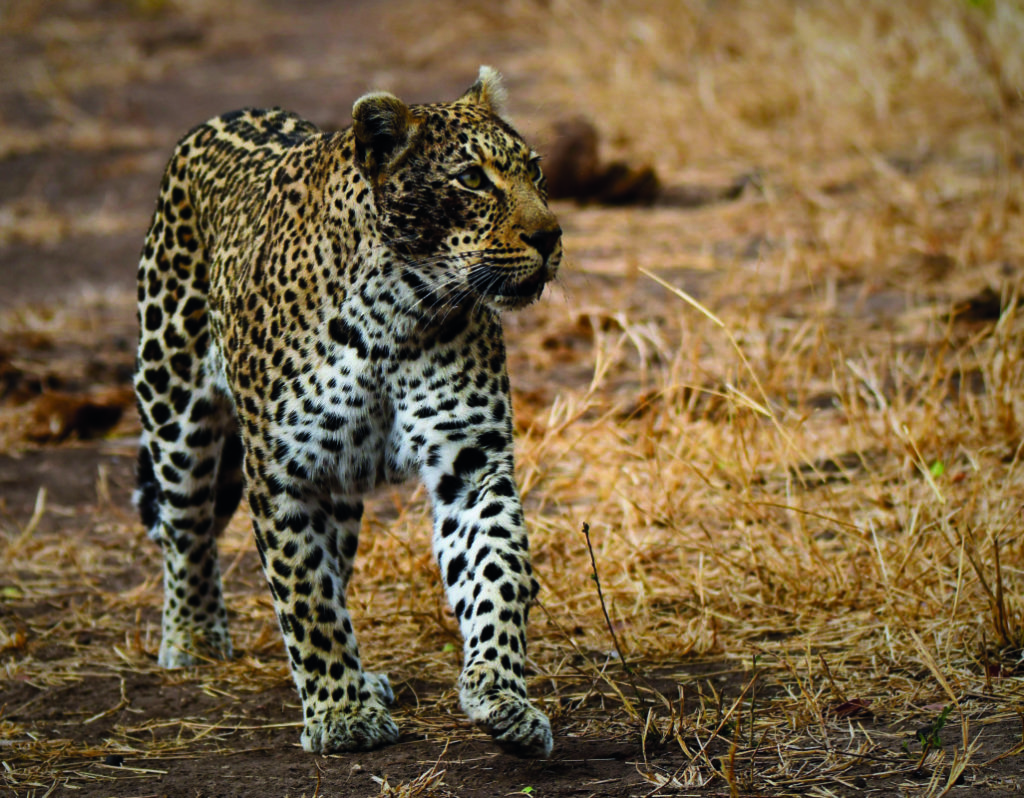 Globally their range spans both hemispheres, where they can be found in at least 80 countries. They are able to occupy a highly diverse array of habitats, occurring at elevations ranging from sea level to 5 700m. Their ability to inhabit such a variety of habitats is attributed primarily to their Catholic diet. Leopards are not fussy eaters. They will prey on anything from relatively large antelope to rodents, fish and even dung beetles.

Strictly solitary – except for a female with cubs – leopards are possibly the most elusive of all big cats. Melting in and out of the shadows of their thicket homes, it is often only the flick of a white-tipped tail, or the alarm call of a tree squirrel, that catches your attention, so well camouflaged are they. Researchers at the University of Bristol have recently concluded that cats living in dense habitats and active at low light levels are the most likely to be patterned, especially with particularly irregular or complex patterns. This suggests that detailed aspects of patterning evolve for camouflage. An equivalent, but far more entertaining version, can be found in Rudyard Kipling’s ‘Just So’ stories. 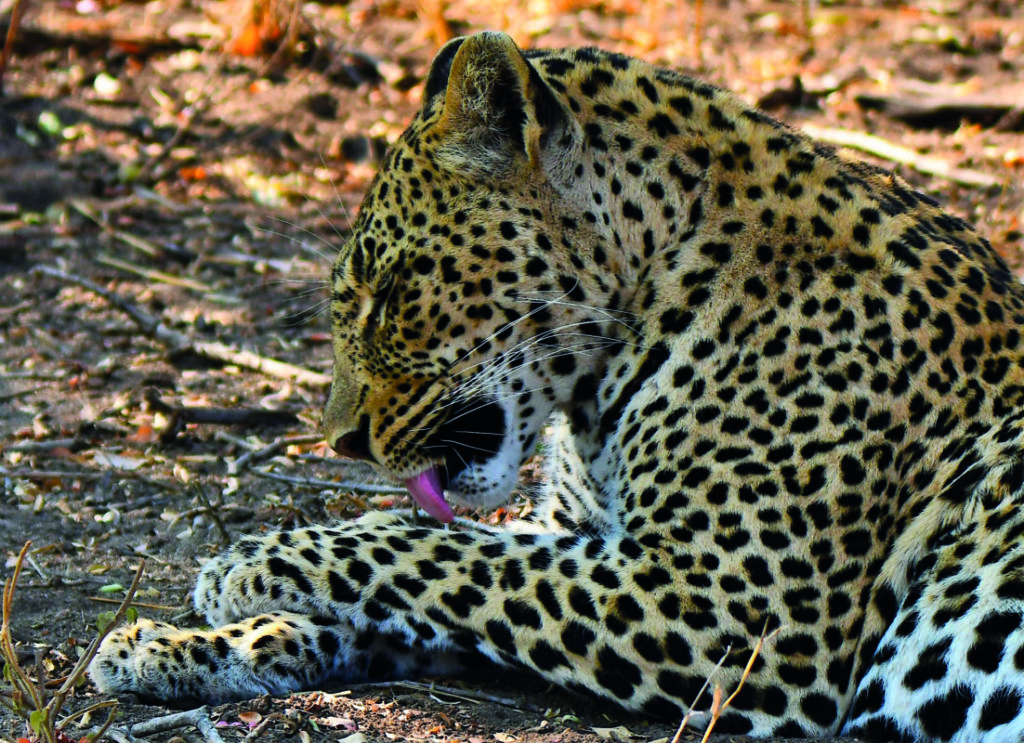 “And, also, there was an Ethiopian with bows and arrows, who lived on the Highveldt with the leopard; and the two used to hunt together.” Eventually the rest of the animals wised up to this and moved to the “great forest, ‘sclusively full of trees and bushes and stripy, speckly, patchy-blatchy shadows, and there they hid”. Leopard now showed “up in this dark place like a bar of soap in a coal-scuttle” and was unable to catch any food because his element of surprise was lost.

Eventually taking the advice of the Baboon he agreed he needed to blend in better… “‘I’ll take spots, then,’ said the leopard; ‘but don’t make ‘em too vulgar-big. I wouldn’t like to look like a giraffe – not for ever so’. ‘I’ll make ‘em with the tips of my fingers,’ said the Ethiopian. Then the Ethiopian put his five fingers close together and dipped them into coal and pressed them all over the leopard, and wherever the five fingers touched they left five little black marks, all close together”… “if you look closely at any leopard now you will see that there are always five spots – off five finger-tips.”!

Those rosette patterns are to leopards what fingerprints are to humans; unique individual identifiers that allow researchers to generate identification kits to aid them in their work. As an adjunct to their cryptic coloration, leopards also have well developed senses. Large forward-facing eyes provide them with binocular vision to determine distance accurately. The large pupils allow abundant light to enter, making it possible to see during dark nights. The narrow white line found below their eyes helps reflect light into the eyes for improved night vision – a leopard’s night vision is as much as eight times better than that of humans.

Leopards have an acute sense of hearing and smell, and long whiskers (more correctly known as vibrissae), which allow the leopard to interpret the world around it tactilely. Whiskers are present in a variety of places on a leopard’s body, but most obvious are the macro vibrissae which are situated on the sides of the muzzle. They are noticeably longer than the other hairs covering the body and are made of a sturdier keratin. From tip to tip these macro vibrissae are about as wide as the leopard’s body. The information fed via these vibrissae is crucial to the success of a leopard’s hunt, facilitating as silent an approach as possible through the dense vegetation; ending in a successful stalk and pounce capture, even if sometimes only by a whisker!