Expect a huge variety of 4×4 terrain and a few rich lessons in history, fauna and flora on this nine-day tour of the Soutpansberg and Waterberg.

We were standing around the braai fire waiting for the rugby to start. I was talking about a new addition to our Rugby Manne group. He’d just moved into our dorp.  He was a big oke, forceful and opinionated. He also owned a top-of-the-range 4×4. “Alastair… he’s a sales rep, isn’t he?” I asked my mate, somewhat puzzled.

“How the hell can he be an eye doctor and a sales rep?”

Alastair gave one of his deep belly laughs. “Didn’t you listen? ‘I drove Van Zyl’s Pass the opposite way round… I drove the Doodsakker in Angola… I drove Baboon’s Pass in Lesotho in an hour.” I was trying to tell the manne about a fantastic trip done recently with Johan Klopper; his Tour of Legends to the Soutpansberge.

Johan Klopper probably knows the 4×4 highways and byways of this area better than anyone on earth.

Johan Klopper probably knows the 4×4 highways and byways of this area better than anyone on earth. But the ophthalmologist immediately cut in with, “I cannot understand why anybody with their own 4×4 would pay somebody to follow them on a trip. I don’t follow anyone… I do my own research… I can read a map… I … I…” Rugby started, so I am going to end that story here. I hope that, at the end of it, you will understand why I would recommend your paying to go on a Johan Klopper Tour of Legends into the Soutpansberg. 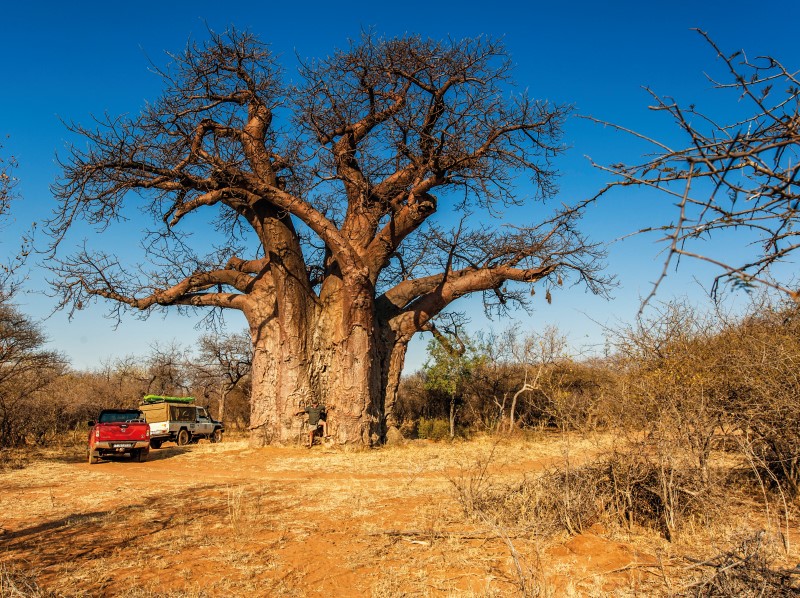 At the top of the Soutpansberg one finds yellowoods, giant stinkwoods, proteas and tree ferns. Yet a couple of kilometers away on the lower bushbeld one finds huge baobabs like this giant.

A lifetime in the bush

First let me tell you a bit about Johan Klopper.

He’s a quiet chap; not a big talker… but a man whose life is dedicated to the bush. Since first gaining a qualification in wildlife management, then running a large game farm on the northern side of the Soutpansberg for several years, Johan’s life has revolved around the bushveld, its people, its history and its wildlife. He explained his history: “We lived on a farm near Vaalwater. As a laaitie, I would disappear into the bush for the whole day. Ouma would keep my food warm in the oven of the coal stove. I usually only pitched up when it started getting dark!” The Waterberg, and later the Soutpansberg, played a major part in his life. Johan has also run Kungwini 4×4, an off-road track and academy, for many years. It’s considered to be ‘One of the best-designed and built 4×4 Academies in SA’ (SA 4×4 Magazine Dec 2011, quoting Alan Goodway of the Bridgestone Challenge). 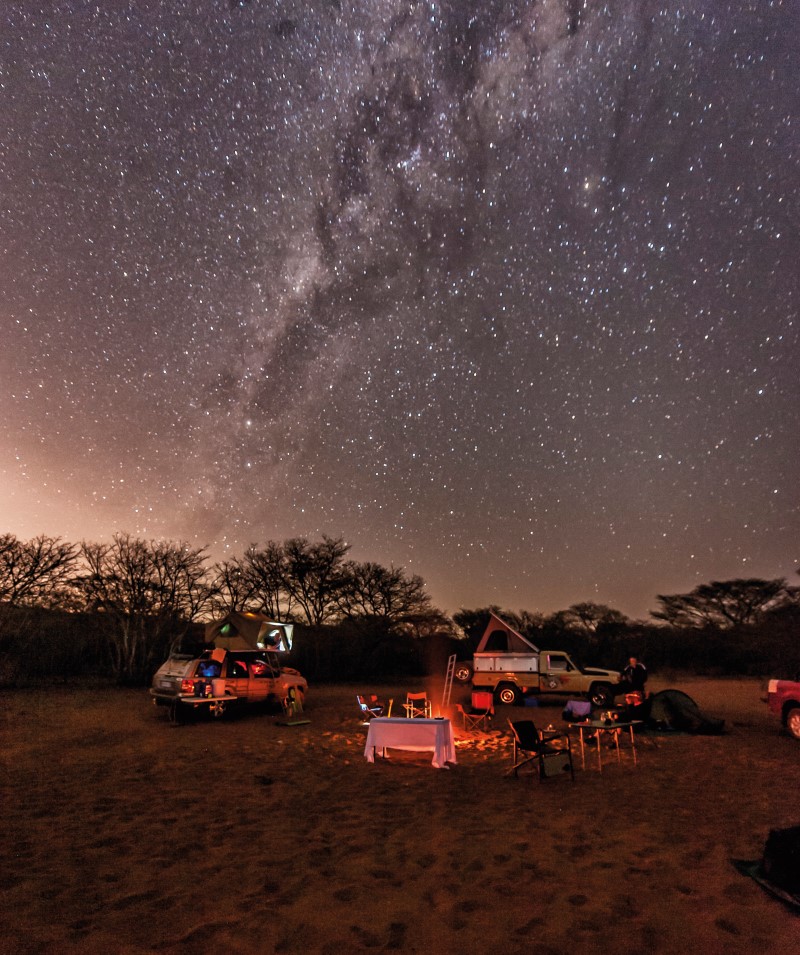 You have to join one Johan Klopper’s trips to the Soutpansberg to experience a night sky like this.

I’d met Johan very briefly many years before at Kungwini, and later in the Soutpansberg. When this chance to join a tour came up, I was on it like a flash. It was only when I’d read the trip itinerary that I realised I’d hit a double jackpot: Johan had decided to extend his Tour of Legends to include the Blouberg, before moving on to explore both the southern and northern parts of the Soutpansberg.

My chariot for the trip was a new Nissan Navara that I picked up from Freddie Louw at Nissan HQ in Rosslyn, Pretoria.

The road to Vivo

Normally, Johan’s Legends trip starts at Vivo, but as most of the group came from the Bronkhorstspruit area, we all met outside Jaco Minnie’s shop, appropriately named Mr 4×4 and More, in the centre of Bronkhorstspruit. There were five vehicles in all – apart from us and our Navara, there was Jaco Minnie in his Jeep Cherokee, Willie van Niekerk in a Land Cruiser V8, Kobus Theron in ‘Untag’ (a 1961 Land Cruiser camper), and Johan (our leader) with a friend, Hannah Ellis, in Johan’s tough old Land Cruiser.

Atop Johan’s gharrie’s roof rack was a dayglo green canoe… We thought him crazy at first, but we’d later find out what it was for; and I learnt that Johan doesn’t cart anything with him that doesn’t serve a purpose.

But first it was the lang pad up to Vivo: a petrol station, a supermarket, a couple of shops and then the Vivo Vleismark. This butchery, surely the best south of the Limpopo, is any carnivore’s dream. And, judging from the reaction of our ‘new’ team, there wasn’t a vegetarian in sight.  Stocked up, we headed out to our first campsite in the nearby Blouberge.

Now I am going to do something I’ve never done in a story before: I’m not going to tell you exactly where we stayed. I’m doing this for a good reason. You see, Johan Klopper has built up his intimate knowledge of this northern-eastern area of our country over years and years, and while we were chatting around the campfire on our first night in the shadow of the Blouberg, Johan said, ‘I reckon that I have covered roughly half-a-million kilometres…exploring the Soutpansberg and surrounding areas…’. Johan is not a man to boast. He is a bush oke, not an Eye Doctor! He’ll probably want to break my kneecaps when he reads this story, but one of the joys of being an old hack is that when you meet a humble character, you can write things about the man that he would never say himself! If I had space, I could say the same about the rest of the team.

From the first night round the campfire on this trip, a very diverse bunch of people just got on like a house on fire − if you’ll excuse the dreadful pun. You might think that one woman amongst this bunch of ruffians would feel out… but the opposite was true. A farm girl with a bunch of brothers, and originally from Piketberg in the Cape, Hannah kept this bunch on their toes throughout the trip. I think I can say, on behalf of the crew, that she ‘made’ this trip in many ways.